The Queen's speech yesterday continues the nation’s strange slide into authoritarian rule under a prime minister wearing the reassuringly crumpled outfit of a libertarian while ruthlessly tightening his grip on power. 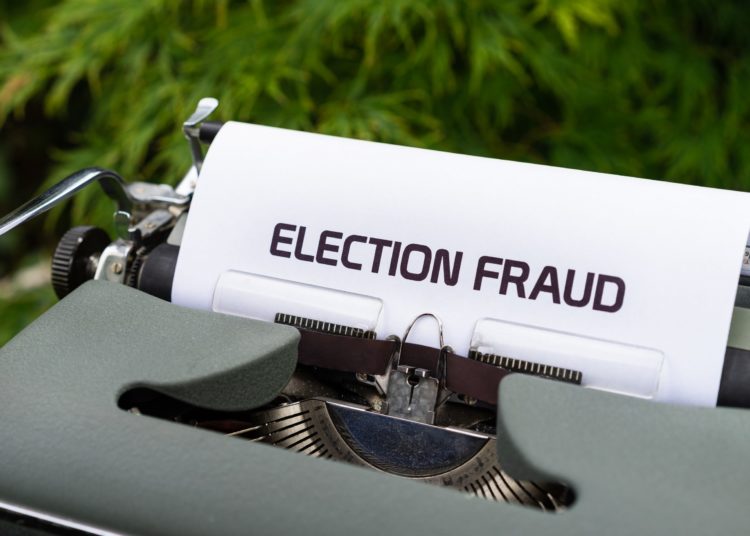 The Queen’s speech yesterday continues the nation’s strange slide into authoritarian rule under a prime minister wearing the reassuringly crumpled outfit of a libertarian while ruthlessly tightening his grip on power.

It’s hard to tell if Johnson is a Jekyll and Hyde character or just a useful idiot for the hard right, with his cheeky chappie persona and permanent low-slung grin.

Four measures in particular from the speech showcase the direction of travel.

A dissolution and calling of parliament bill will repeal the 2011 Fixed Term Parliament Act (FTPA) and return to the prime minister alone the extremely useful political power to trigger a general election at the time of his own choosing, simply by giving a few weeks’ notice and catching the opposition off guard.

This enables him to go to the electorate when it is most advantageous to him; an opportunity too good to miss.

Theresa May in 2017 got round the FTPA by getting the necessary two thirds majority in the House of Commons to vote for an election. In 2019 Johnson simply ignored the FTPA and circumvented it by creating a new law requiring a simple majority. There are questions whether this was really constitutional but no matter, rules have never shackled the prime minister.

Repeating that trick would involve parliament in the decision, something he is determined to avoid in future.

Next, in a move worthy of white supremacists in the US Republican Party in southern states like Georgia, the government is proposing to create a law – via the electoral integrity bill – requiring voters to show photo ID when casting a ballot. This is claimed to be the answer to voter fraud, an offence so rare that in 2019, out of a total of more than 47 million registered voters and across all elections, there were just two cautions and four convictions.

There was only a single conviction for ‘personation’ fraud, which voter ID is meant to prevent, in the UK in the whole of 2019. It is not widespread.

Critics suggest it will disproportionately impact ethnic minorities, low-income families and younger first-time voters who are less like to have photo ID in the form of a passport or driving licence, but more likely to support the Labour Party.

It conveniently makes a Tory majority that much more likely.

For more about this and why we should all be concerned, the historian Rober Saunders has an article in Prospect magazine: Voter fraud is vanishingly rare—so why is Johnson planning to make photo ID mandatory?

Curtailing your right to challenge ministerial decisions in court

You right to challenge these things in court will also be curtailed, in a judicial review bill that Secretary of State for Justice and Lord Chancellor Robert Buckland says is to “protect” judges from being drawn in to politics and to “strike the right balance” between public scrutiny and the “need for effective government”.

People following the efforts of The Good Law Project to use judicial review to uncover what looks like widespread cronyism in awarding huge PPE contracts on single bidder tenders to companies connected to Conservative donors, might think the new law is designed more to ‘protect’ ministers from judges.

Police to have more powers to limit rights to protest

Finally, if you are unhappy about losing the right to judicial review and you’re thinking about a peaceful protest, the police, crime, sentencing and courts bill is set to give police chiefs more powers to control or prevent such protests.

They will be able to set time and noise level limits and even apply these new rules to a demonstration by a single person who might be carrying a placard while broadcasting their views on a speaker.

It will also become a crime not to comply with restrictions the protesters “ought” to have known about, even if they have not received a direct order from an officer. Police at the moment, must prove protesters knew they had been told to move on, before they can be said to have broken the law, but in future the new act will include an offence of “intentionally or recklessly causing public nuisance”.

Boundary changes may give Johnson a head start

Planned changes to constituency boundaries, which are reviewed regularly to keep constituencies roughly the same size by population, will probably also give the Conservative party a boost.

The Electoral Calculus website says the last two reviews in 2013 and 2018 were never implemented, but last year the government announced it would kick-start the next review ready for 2023.

Electoral Calculus estimates the Tory party could gain about ten seats from Labour as a result.

The main driver of these changes is the loss of seats from Labour-inclined areas and the increase of seats in traditional Conservative areas of Southern and Eastern England. If these changes were exactly right, the Conservative majority in the House of Commons in 2019 would have increased from 80 to 110.

Boris Johnson is taking no chances and is preparing for a long premiership. You have been warned.