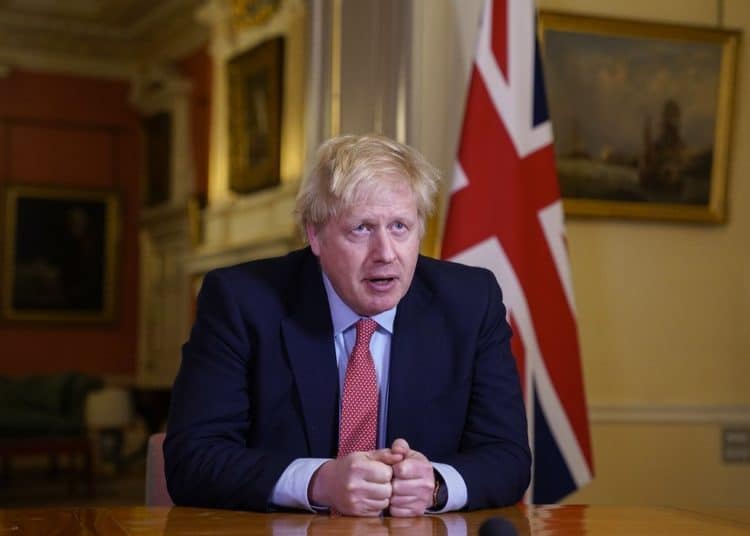 In 1956, prime minister Anthony Eden conspired with France and Israel to invade Egypt and recover control of the Suez Canal, which had been seized by president Nasser. It was an act of monumental hubris and Britain was eventually forced to withdraw under pressure from the USA and Russia. It was a seminal moment and a recognition of Britain’s diminished status.

Eden overestimated Britain’s position in the post-war world order and was humiliated. Johnson is doing exactly the same and is heading for the same outcome with his plan to renege on the “oven-ready” deal he personally negotiated, signed and praised last year.

The FT’s scoop at the beginning of the week about government plans to break international law, brazenly announced by Northern Ireland Secretary Brandon Lewis in the House of Commons on Tuesday, has provoked a furious reaction and puts Johnson on a collision course with both the EU and the USA.

Publication of the UK internal market bill yesterday shows the extent to which the government intends to give itself powers to interpret or ignore parts of the NI protocol enshrined in the withdrawal agreement.

The bill makes clear that:

And to make sure the measures cannot be misunderstood, it lists which international laws it is referring to, including “any provision” of the NI protocol:

Michael Gove’s opposite number on the UK-EU Joint Committee,  Commissioner Maroš Šefcovic, called for a meeting to discuss the “unprecedented situation” and said “what was signed and agreed should be respected because of the importance of this agreement for our future relationship”. He is flying to London today.

Pacta sunt servanda, Latin for “agreements must be kept” is a fundamental principle of civil and international law.

Bloomberg reported last night that the EU already believes it has “grounds for legal action against the UK over plans to breach the agreement” and that the European court may have a case to seek  “legal remedies” under the divorce agreement. This is even before the UK internal market bill is passed by parliament; afterwards there would be a “clear justification”.

In addition, the US Congressman Richard Neal, chair of the powerful Ways and Means Committee which, among other things, is responsible for approving US trade deals, tweeted his own warning to the UK government:

Neal has Irish roots and last year reaffirmed the importance of the Good Friday Agreement to the cause of peace in Ireland. It was a reminder that there will be no trade deal with Trump or the next POTUS if the British government undermines its own commitments.

And last night, Nancy Pelosi, US Speaker of the House, also warned that there will be “absolutely no chance” of a US-UK trade agreement passing the US Congress if Brexit undermines the Good Friday agreement.

One of the issues the government is most concerned about is the troublesome area of state aid, currently one of the major hurdles in the eighth round of trade talks which began this week. The NI protocol includes provisions on state aid, which could impact the whole of the UK and not just Northern Ireland. It is one of the parts of the withdrawal agreement that the prime minister now wants to undermine, claiming it was negotiated “at pace at the most challenging political circumstances”, seemingly unaware the timetable was all down to Johnson himself.

But note that at the end of August, the UK chief negotiator David (Lord) Frost was warned by the EU we had two weeks to save the talks, and they would not progress until Britain revealed its policy on industrial subsidies.

Frost told Barnier, in what was said to be an angry response, that Britain would “not draw up such a key economic policy [our post Brexit subsidy regime] on a ‘timetable dictated to’ by the EU”.

But two weeks later, in an apparent climb down, the government yesterday quietly published its plans for a new approach to subsidy control – coincidentally it seems, and not because the trade talks resumed in London, or so the government would have you believe. This is an important indicator to the UK government’s strategy – talk tough for a domestic audience but fold easily when the pressure is on.

We can see which side blinked first!

The plans are described as an “approach” and simply suggest using World Trade Organization rules to replace EU law on trade distorting state subsidies. This is hardly likely to satisfy EU negotiators after Britain is seen to be repudiating a legally binding international treaty. They will now demand far more assurances, with the ability to retaliate if the UK fails to comply with its own solemn commitments.

Boris Johnson is coming under fire from all sides. Former prime minister John Major has been highly critical of plans to break an international treaty. The devolved administrations in Scotland and Wales are also opposed to the “power-grab” in his internal market proposals. He has lost Sir Jonathan Jones, Treasury solicitor and head of the government’s legal department, who has resigned. The Welsh Tories have lost David Melding, a long-serving frontbencher in the Senedd, the Welsh parliament, over concerns about the break up of the UK. Many of Johnson’s more moderate MPs are privately unhappy with his cavalier attitude to the rule of law generally.

Now Britain is in danger of finding itself ground between two of the great mill wheels of international trade: the EU and the USA. It is hard to escape the conclusion that the prime minister will have to perform another U-turn and face his own Suez moment very soon.