Politicians can at times be economical with the truth, but Boris Johnson is in a class of his own. He lies with impunity. 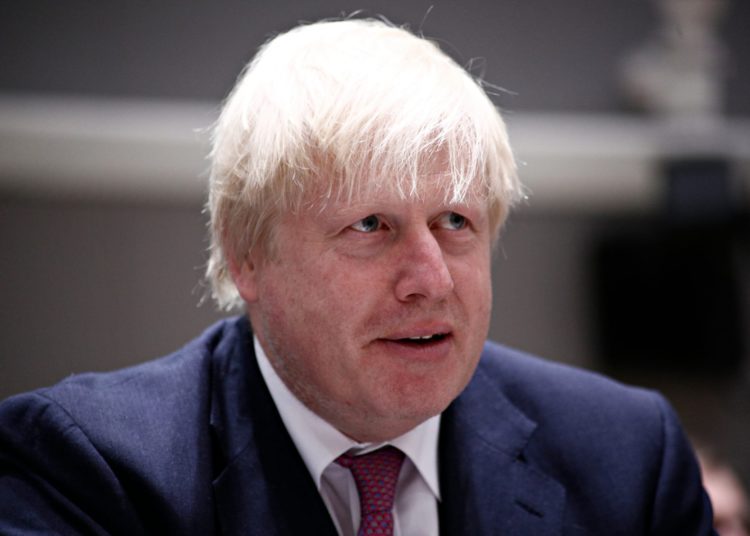 Has Britain “abandoned the last pretensions of being a serious country”?

The Daily Mirror breathed new life into the Jennifer Arcuri affair last week and brought the prime minister’s tawdry reputation back under the spotlight. His spokesperson claimed that Johnson had “conducted himself with honesty and integrity” in a four year long extra-marital relationship. That caused some amusement, to say the least.

When the story of Ms Arcuri receiving £126,000 of public money with Johnson’s help first broke, he claimed he didn’t need to declare an interest because “there was no interest to declare”. This now seems a somewhat strained definition of ‘interest’.

Of course, politicians have always been ‘economical with the actualité’. Only the very naive might think otherwise. However, by his personal conduct, Boris Johnson has rendered the phrase ‘they’re all the same’ totally redundant.

Politicians are not all the same

Boris Johnson is in a class of his own.

Most politicians are just low-level miscreants as far as veracity is concerned. They engage in sophistry here and there, occasionally a bit of dissembling, often as a result of trying to avoid telling an outright lie. Not so the PM. He is qualitatively and quantitatively different; a fearless, habitual and prodigious liar.

Some have suggested Johnson suffers from a chronic and persistent mythomania (also known as pseudologia fantastica or pathological lying) a condition involving compulsive lying by a person who is often convinced they’re being truthful. That may or may not be true.

The chief features writer at the Financial Times, Henry Mance, says current British politics is morphing from delusion into sleaze and that this new era is partly at least “built upon Johnson’s personality”. It’s hard to disagree.

Johnson has not just embraced the post-truth world, one might say he was the architect of it, headed up the construction crew, poured the foundations and cemented the capstone into place. It’s hard to think of any man in British public life described in such disparaging terms, in so many different ways, so frequently and by so many people, including those who know him well.

“[Johnson] has mastered the use of error, omission, exaggeration, diminution, equivocation and flat denial. He has perfected casuistry, circumlocution, false equivalence and false analogy. He is equally adept at the ironic jest, the fib and the grand lie; the weasel word and the half-truth; the hyperbolic lie, the obvious lie, and the bullshit lie – which may inadvertently be true.”

Stewart ruthlessly set out the range of Johnson’s depressing facility for falsehoods. But he isn’t alone: at the foot of this article, you can read many more descriptions of the man who is surely the most gifted purveyor of untruths ever to enter British politics.

Johnson is openly called a liar

When the head of government of the United Kingdom is openly called a liar, without solicitors getting involved, something is clearly very wrong.

Prime ministers usually need a spin doctor to distance themselves from any hint of not being truthful, and avoid any potential impropriety. The Daily Mail (the irony!) used to refer to Alastair Campbell as Tony Blair’s liar-in-chief. But Johnson doesn’t need a spin doctor to protect his reputation, that was trashed even before he was sacked from The Times in 1988, and has got progressively worse. One might say the PM is impropriety made flesh.

Nowadays, Downing Street press officers spend most of their time correcting his more egregious and easily disprovable lies. The rest they double down on.

The tone of any administration is set from the top. It cascades down from Johnson himself and taints everything. The deep flaws in the prime minister’s personality can now be seen in every corner of government.

Some of the ‘sleaze’ that Mance refers to can be seen in the list of breaches of the ministerial code set out by our own Alex Toal, for which there has been no action taken. All the ministers are still in place.

And it doesn’t even cover the accusations of ‘lobbying’ by David Cameron, the appointment of cronies to positions of power, or the placing of single bidder PPE and other contracts with Tory donors as exposed by Byline Times or indeed, a host of other apparent transgressions.

Bizarrely, some people still accept Johnson’s word as evidence of good faith. This is akin to repeatedly sending money to the ‘nephew’ of the Nigerian minister of finance in the hope of getting millions of dollars in return, even though you know it’s a scam.

The body language of a liar

When occasionally he is trapped and forced to confront a previous falsehood, out comes the trademark smirk, secretly admitting the lie whilst denying it was one. He knows he’s lied and he knows we all know it. Half the nation enjoys being in on the joke, the other half are enraged.

The smirk is the acknowledgment that he can do it with impunity, that nobody is going to call him out for it. That he has somehow imposed a lie on his cabinet and on the whole nation. Imagine the sense of triumph the prime minister must feel when senior colleagues like Brandon Lewis or Matt Hancock are heard repeating and even defending the lie.

Calls for stricter rules are hopelessly misguided when Johnson himself has had a lifelong disdain for them. At Eton he believed he “should be free of the network of obligation which binds everyone else.”  He simply cannot exercise moral leadership because he is a completely amoral person.

In 2011, when Johnson was London mayor, the BBC’s James Landale felt able to paraphrase Hillaire Belloc’s Matilda and poke fun at his life-long affliction.

Now that he is the prime minister it doesn’t seem quite as funny does it?

This is the man we elected our leader

Max Hastings said as long ago as 2012, if we ever elected Boris Johnson as prime minister, Britain would have “abandoned its last pretensions to be a serious country”.

Johnson’s reputation and proclivity for dishonesty was hardly a secret even then but despite it all, the Tory party elected him as leader and the electorate gave him an 80-seat majority. He is still ahead in the polls.

What does that say about us?

What others have said about Boris Johnson

“Johnson is … the most accomplished liar in public life – perhaps the best liar ever to serve as prime minister.”

“Boris Johnson is probably Britain’s most famous liar. He appears to have lied in every job, at every level.”

“If the Prime Minister tells the truth it’s probably by accident.”

“Johnson is a dishonest charlatan, a liar and a cheat, bent on leading this country to the calamity of a no-deal Brexit if that’s what it takes.”

“…a liar, an adulterer and a pedlar of fantasies who is so utterly lacking in principle and integrity that he is willing to sacrifice the nation’s future on the altar of his own ambition.”

“They’ve just spaffed 114 first-round votes on a subclinical narcissist whose chief qualification for the gig is knowing the ancient Greek for raghead.”

“He is congenitally dishonest — he was fired by the Times for fabricating quotes, and as shadow arts minister for lying about an extra-marital affair. He is a serial philanderer with two broken marriages and a love child. He is profoundly untrustworthy and disloyal, as his wives and a succession of Tory leaders can testify.”

“…the greatest charlatan in the history of the Conservative party: that incompetent, manipulative, lazy, overentitled, media-constructed and media-protected fatberg of dishonesty, Boris Johnson.”

“a habitual liar, a cheat, a conspirator with a criminal pal to have an offending journalist’s ribs broken, a cruel betrayer of the women he seduces.”

“I would not trust him with my wife nor – from painful experience – my wallet. It is unnecessary to take any moral view about his almost crazed infidelities, but it is hard to believe that any man so conspicuously incapable of controlling his own libido is fit to be trusted with controlling the country.”

“He is not a man to believe in, to trust or respect, save as a superlative exhibitionist. He is bereft of judgment, loyalty and discretion.” – “A gold-medal egomaniac” – “Manically disorganised”

“When I worked with him all those years ago, I realised that this was not a kind of normal person, with normal feelings of empathy. It’s like there’s something wrong with the wiring. Really, other people don’t interest him very much. Unless they are women that he wants to get into bed.”