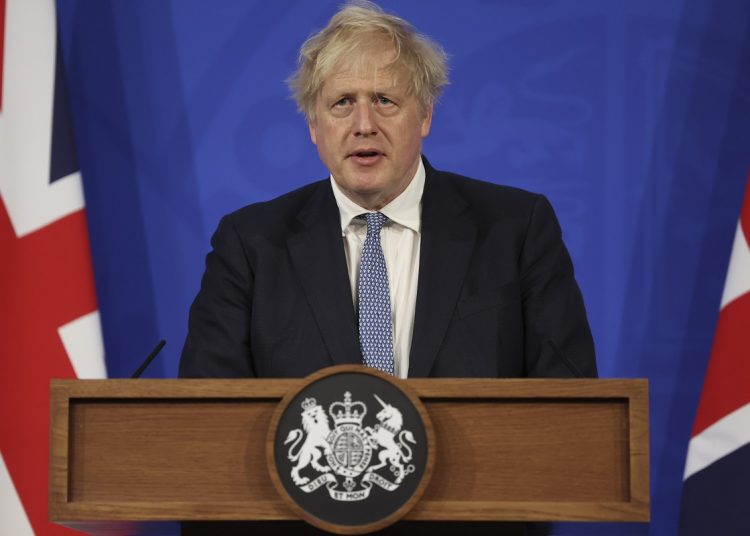 The Prime Minister Boris Johnson during a press conference in No9 Downing Street after the release of the findings of the Second Permanent Secretary's investigation into alleged gatherings on Government premises during covid restriction. Picture by Andrew Parsons / No 10 Downing Street

The row over Boris Johnson’s apparent weakening of the ministerial code in its newly published form is a clear example of the prime minister’s lifelong addiction to cakeism as a way of avoiding rules and the “network of obligation that binds everyone else”.

Much is being made of key words omitted from the foreword. Words like “integrity, objectivity, accountability, transparency, honesty and leadership in the public interest” which come from the seven principles of public life (plus openness). Although Johnson talked about them in 2019, the words now seem to have disappeared from his lexicon. Many will be surprised they were ever in it.

The missing words are however a red herring.

Ministers must still abide by the seven principles of public life

Their omission does perhaps convey something of his attitude to personal standards and constitutional norms. But remember this is just the foreword, not the code itself, which still requires ministers to abide by the seven principles (see Annex A).

However, the watering down of the penalty for breaches of the code, from resignation to much lesser sanctions including merely a public apology or losing pay, wasn’t Johnson’s idea. It comes from a report written by the committee on standards in public life in November last year.

That report had a foreword by Sir John Major who set up the committee in 1994 “to address current and future shortcomings in behaviour”. The former prime minister said the rules will always need regular updating to meet changing expectation because, “a minority will evade or misinterpret the rules of proper behaviour”. He probably had the current incumbent of No 10 in mind.

The ten-member committee, chaired by Lord Evans, a former director general of the UK Security Service and former head of the National Crime Agency, included Dame Margaret Beckett, the former Labour foreign secretary and Jeremy Wright QC, a Conservative MP and attorney general between 2014 and 2018 who has recently called for Johnson to step down.

In the 103-page report, the committee made 34 recommendations including this one:

It was a recognition that some inadvertent breaches of the code were potentially so trivial and minor as to make resignation far too harsh a penalty. It was also perhaps an acceptance that standards under Johnson were pretty low anyway. He had already rendered the resignation sanction valueless when he refused to sack Priti Patel for bullying senior Home Office officials.

But Johnson has cherry picked recommendation No 6 while ignoring most of the others, including multiple references to putting on a statutory basis what the report says is the “most important element” of a regulator’s role – its independence.

The committee (paragraph 2.26) said, “Those regulators which exist solely as the creation of the executive are potentially liable to be abolished or compromised with ease. While abolition of an ethics body would be a controversial move for any administration, the fact that a regulator’s powers can be removed by those they are regulating tempers their independence and may diminish the appetite of regulators to speak out”.

The importance of independent regulators

In evidence to the comittee, Sir David Normingtom, a former commissioner for public appointments explained the importance to the regulator of having statutory powers:

Johnson has also failed to take up the recommendation to allow his ‘independent adviser’ to initiate investigations into potential breaches of the ministerial code:

The new code explicitly states (section 1.4) that “it is not the role of the Cabinet Secretary or other officials to enforce the Code.”

“If there is an allegation about a breach of the Code, and the Prime Minister, having consulted the Cabinet Secretary, feels that it warrants further investigation, he may ask the Cabinet Office to investigate the facts of the case and/or refer the matter to the Independent Adviser on Ministers’ interests.”

The best that the independent adviser can hope for is that if he or she “believes that an alleged breach of the Code warrants further investigation and that matter has not already been referred to him, he may initiate an investigation. Before doing so, the Independent Adviser will consult the Prime Minister who will normally give his consent”.

The word ‘normally’ is not one you readily associate with this prime minister. If an investigation looks like being politically or electorally difficult you can be sure the PM will not consent to it.

The PM still appoints his own chosen ‘independent adviser

And of course, the notion that Johnson might be unable to appoint his own tame ‘independent adviser’ was also rejected. The committee proposed a stronger version of the current selection process for significant public appointments, one that requires the presence of a senior independent panel member (SIPM) who “acts as a stronger guarantee of the independence of an advisory panel”.

The SIPM has a duty to report any material breaches of the governance code in the appointments process. The committee recommended:

On this last point, the committee said:

“Though the public appointments system has generally worked well in recent years, it is highly dependent on informal mechanisms, including the willingness of ministers to act with restraint and the preparedness of the Commissioner to speak out against breaches of the letter or the spirit of the code. It is unlikely that a system so dependent on personal responsibility will be sustainable in the long term. Of particular concern is the current provision within the Governance Code for ministers to be able to appoint candidates not deemed appointable by assessment panels.”

We know how this works and how Johnson ‘acts with restraint’. He has recently been accused of interference in the recruitment of the head of the National Crime Agency. He is said to have halted the process after the final interviews with Home Secretary Priti Patel, in order to get Lord Hogan-Howe, a close associate from his days as London mayor, appointed to the job. One of the two final candidates, Neil Basu, an assistant commissioner at the Met, is now expected to drop out and is said to be considering a formal complaint.

So, the prime minister gets to hire and fire his own adviser on ministerial standards, set the terms of reference by which the adviser operates, chooses which scandals need to be investigated and can then apply the mildest of sanctions to the most egregious of breaches of the ministerial code. Johnson will then be able to claim he has followed all the guidance and declare the matter – whatever it is – closed.

Now the current independent adviser has commented on the new code and on partygate. 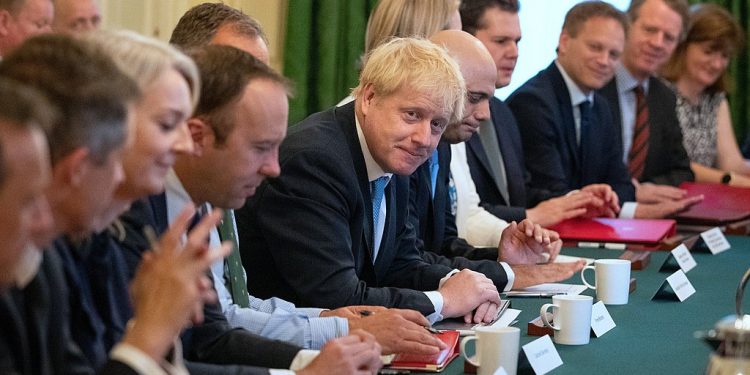 Lord Geidt says in his annual report, in a masterly understatement, “an impression has developed that the Prime Minister may be unwilling to have his own conduct judged against the Code’s obligations.” This sounds like a restatement of the Eton classics master from 1982 who told Stanley Johnson that Boris “believes it is churlish of us not to regard him as an exception”.

Nothing has changed in 40 years.

Geidt adds that, “it may be especially difficult to inspire that trust in the Ministerial Code if any Prime Minister, whose code it is, declines to refer to it”.

On partygate Geidt is clear, the fixed penalty notice Johnson received has raised “a legitimate question” as to whether it might have constituted a “breach of the overarching duty within the Ministerial Code of complying with the law”.

He makes an obvious point about the adviser’s role:

The committee on standards in public life provide a balanced report, suggesting the sitting prime minister relinquishes the power to appoint his own regulator or determine which breaches of the ministerial code are to be investigated. In return, they proposed a more modest graduated system of penalties imposed by a genuinely independent regulator. Johnson has, as usual, cherry picked the report to water down possible sanctions while failing to give up any powers at all.

Who can hold him to account? The boy who wanted to be ‘world king’ seems to think he occupies the same position as an elected head of state. In the new foreword he says:

“As the Leader of Her Majesty’s Government, my accountability is to Parliament and, via the ballot box, to the British people.”

As more and more Conservative MPs come out against him, it is starting to look as if parliamentarians will have the chance to hold him to account. If they fail, it’s up to you and me – in a year or two.

We shouldn’t forget by the way, that Lord Evans’ committee sat and wrote their report well before the Owen Paterson debacle and before The Daily Mirror and ITV broke the partygate scandal. We now know Johnson tried to spring a corrupt MP, presided over mass law breaking in Downing Street, and lied repeatedly in parliament.

One wonders what the next report of the committee on standards in public life will have to say about it all.