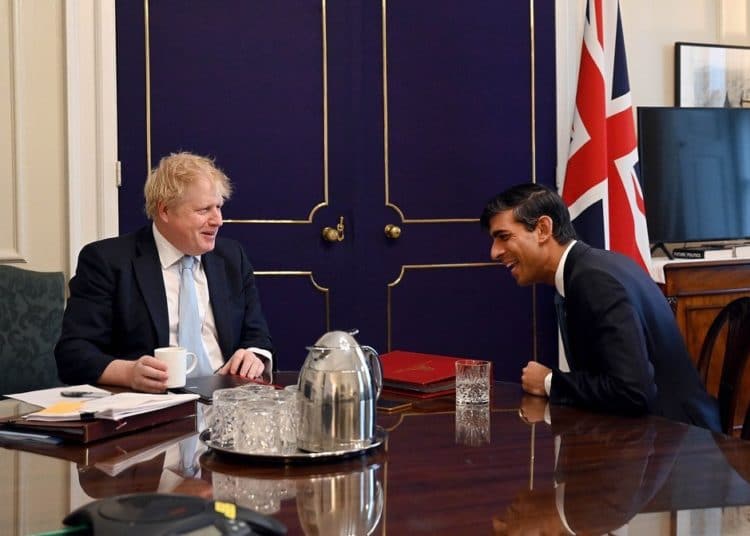 Reducing the UK international aid budget from 0.7 percent of GDP to 0.5 percent exposes a new fault line in ‘Fortress Conservative’. The world’s poorest will pay the price.

The ‘Global Britain’ Conservative government, about to change the law to reduce the aid budget, is set to go to war with a new ‘international brigade’. The UK is, currently, a world leader in supporting international development. We spend 0.7 percent of our GDP on aid. Britain’s aid to the world’s poorest people grew to £15.2bn last year. This spending commitment has been enshrined in UK law since 2015, a legacy of David Cameron’s premiership. We are the first G7 nation to demonstrate our commitment by writing it into our own laws. Only four countries in the world are more generous than the UK by proportion of their economies: Sweden 1 percent, Luxembourg 1 percent, Norway 0.99 percent and Denmark 0.72 percent.

Back in 2015, the then international development secretary, Justine Greening, said:

“Tackling poverty overseas is about addressing the root causes of global challenges such as disease, migration, terrorism and climate change, all of which are the right things to do and firmly in Britain’s own national interest”.

Five years and one pandemic later, our ground-breaking national commitment to the world’s poorest people is not as solid as it once appeared. Chancellor Rishi Sunak, he of the “whatever it takes” commitment, has left his Keynesian economics behind and reverted to the Tory hatchet man that was lurking under the svelte suit all along. To reduce this commitment, government ministers have admitted that this will require a change in the law. Battle lines are now being drawn up. This will cost the government political capital to get it through the Commons. The ‘big beasts’ – our retired national political leaders – are lining up to have their say and to form a lobby of the good and the great, set on defending our current overseas spending commitments.

One does not need to have been prime minister to qualify as an ‘Internationalista’. Andrew Mitchell, a much-respected former Conservative international development secretary, said the cuts “will be the cause of 100,000 preventable deaths, mainly among children. This is a choice that I for one am not prepared to make. None of us will be able to look our children in the eye and claim we did not know what we were voting for”.

Another former minister speaking out is the former foreign secretary Jeremy Hunt.

“To cut our aid budget by a third in a year when millions more will fall into extreme poverty will make not just them poorer but us poorer in the eyes of the world.”

The opening salvo in the aid war has already claimed its first casualty. Baroness Sugg, a Foreign Office minister whose brief included sustainable development, was the undersecretary of state and minister for the overseas territories and sustainable development and special envoy for girls’ education. She resigned following Chancellor Sunak’s announcement that the overseas aid budget would be reduced. In her resignation letter, she wrote:

“I believe it is fundamentally wrong to abandon our commitment to spend 0.7 percent of gross national income on development”.

Around a third of the UK aid budget is spent via multilateral organisations such as the UN; the rest is sent direct to recipient countries and is known as bilateral aid. The five biggest recipients of UK’s bilateral aid were Pakistan, Syria, Ethiopia, Nigeria and Afghanistan according to Full Fact. The top five uses of bilateral aid in 2016 were humanitarian, government and civil society, health, education and multisector.

There is a vociferous anti-aid lobby, mostly led by the Daily Mail, supported by other right-wing press. These newspapers carry articles that talk about the UK aid spending ‘madness’, running sensational stories about how money is ‘squandered’ overseas. Meanwhile, the Express talks of an aid ‘scandal’ and regularly demands that this money is spent in the UK. A common theme in these articles is the talk of aid money propping up dictators and boosting the bank accounts of rich people whose job is to work in poor countries.

International development tries to sow the seeds of long-term economic growth and prosperity amongst the poorest communities in the world. The world community needs all countries to make progress, to take their place as functioning countries, to look after their own people and thrive without the need of handouts from the international community.

Chancellor Rishi Sunak defended cutting the foreign aid budget and said that the government hoped to return to spending 0.7 percent of GDP on aid “when the fiscal situation allows”. The restoration of aid spending exactly as it was is not necessarily the best outcome for the UK funds or indeed for the target recipient countries. Alternative uses of this money could bring results that are even more effective in bringing about long-term development in target countries and benefits ourselves as donors.

For example, internationally, the UK government could use some of the aid budget to pursue tax dodgers, ring fencing any monetary gains to fund areas such as girl’s education and health services for the poorest. We could legalise drugs and decriminalise drug users in this country – treating users as a health issue rather than a legal issue. This would weaken international crime gangs and reduce the pressure on our prisons. Ending the sale of weapons to despotic regimes would curtail conflicts in parts of the world that drive migration, encourage people smuggling and create refugees, many of whom are heading for a better life here or on the continent of Europe. The UK is the world’s second largest arms exporter with £14bn earned in sales in 2018. We could also support measures to combat climate change. This would undoubtedly help the world’s poorest people, but may elicit even greater cries of despair from the usual suspects.

Will Sunak’s cut in the aid budget – £4bn in real terms – make much difference? It may get a few former prime ministers and other establishment figures all hot and bothered. It may open another front in the internal debate in the Conservative Party over their direction of travel and their priorities, which we will report on. And it gives Sunak some money to plug the hole created by Brexit.

But more importantly, in the real world of the international community it will have a significant negative impact. In Kenya, for example, it makes the struggle to educate Samburu teenagers more difficult. Samburu County is an area of northern Kenya, approximately twice the size of Yorkshire. Covid, along with a decrease in support for girl’s education, has made the job of educating local children in Samburu much harder. Kenya is an ex-British colony with a long tradition of education support from the UK. Nasieku Letipila is the Samburu county director of social services. She fears that the future is looking bleak:

“School has been a safe place for girls. Nobody will marry them off when they are in school”.

Education in this region of northern Kenya is seen by many as a way out of rural life. Is this an example of the new ‘global Britain’?

Answers on a postcard please.