The UK prime minister and French president differ over just about everything. So what’s behind the new frisson of bromance? 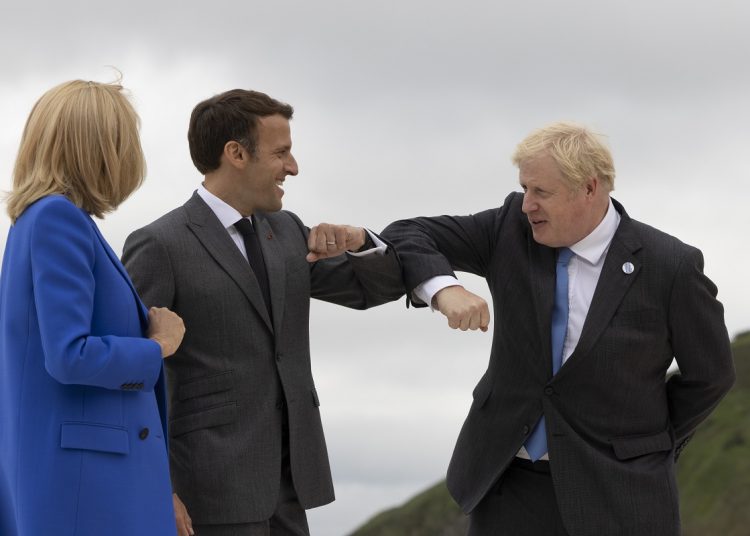 Johnson and Macron - Picture by Simon Dawson for No 10 Downing Street on Flickr licensed by CC BY-NC-ND 2.0

Until recently, relations between Prime Minister Boris Johnson and President Emmanuel Macron have been decidedly frosty. But in a recent exchange at the G7 summit, the two appeared to have formed a more positive relationship, which Johnson jokingly termed “le bromance”. So what’s behind the stronger bond, and more importantly, where will the UK fit in the European Political Community?

During the past six months, while France has held the presidency of the EU, the UK made various threats to break its obligations under the Northern Ireland protocol and withdrawal agreement regulating its trade with the EU, and on June 28 did so. And this at a time when grappling with the Russian war in Ukraine has caused Nato and the EU to rethink relations with Russia as a whole. The EU has found itself ill-equipped to deal with the security-infused issues this has thrown up, including defence, Covid, energy and food security, combating disinformation and cyber-attacks, and migration.

No one thinks that Johnson has ‘world-beating’ solutions to any of these. But all know that the EU has been weakened by Brexit, especially in relation to defence and security on the European continent. So, while the UK has defiantly maintained an increasingly delusional posture of being able to go it alone on everything from trade to defence, quiet background diplomacy has opened doors to keeping the UK within the group of countries able to reform Europe’s strategic security capabilities.

It is against that background that Macron’s push for a European Political Community must be seen. Allegedly Johnson welcomes the idea that the UK be part of it. The bit he’s less keen on has much to do with the staging of the initiative: Macron announced it on 9 May, Europe Day, as the Conference on the Future of Europe was reporting on its conclusions.

The big issue that brings Johnson and Macron together is security. Security at home and further afield. Domestically, neither can rely on parliamentary support for their policies: Johnson because of his scandal-ridden premiership and Macron because of the loss of his majority in the national Assembly. Abroad, war in Europe means both must reassess how security is to be strengthened; military, humanitarian and economic aid to Ukraine sustained; and effective cooperation restored.

As so often in the past, it is a French president who has come up with the idea of using politics to bring countries outside the EU into an alliance to thrash out immediate problems, and shape responses to long-term ones.

Macron is inspired by former French president François Mitterrand’s idea of a European confederation, complete with a forum to engage all European democratic states committed to peace and democracy without them being members of the EU.

It would be the place where the UK, other non-EU European states and wannabe new EU members could rub shoulders formally (and equally importantly – informally) with their EU counterparts in addressing common security-related problems.

It would have the advantage of formally acknowledging the breadth of European partnership with Eastern Europe and the West Balkans without any of the distraction of the timing of their eventual accession (if ever) to the EU. It would nip Britain’s status as a scandal-ridden, eccentric ‘outlier’ and enable it to take up a role on the European stage – something Johnson finds alluring.

Forging new links across the continent

Politically, it would provide a forum and additional means for giving expression to the European diasporic soul. And for Macron, it would facilitate exchange programmes for young people to engage in civic activities, and learn to do things together. The UK government chose to leave all the EU programmes, from community and educational exchange to research and development, and risks not simply isolating itself but losing both funding and opportunities for mutual understanding among its nearest neighbours as a result.

His idea is perhaps more populist in intent, aiming to inspire younger generations to be outward-looking, critical thinkers, interested in forging a community of links across the European continent. In that respect, it’s like the ideas of those political leaders at the end of the Second world war who saw people as the bedrock of a new Europe, but one led by strong politicians. 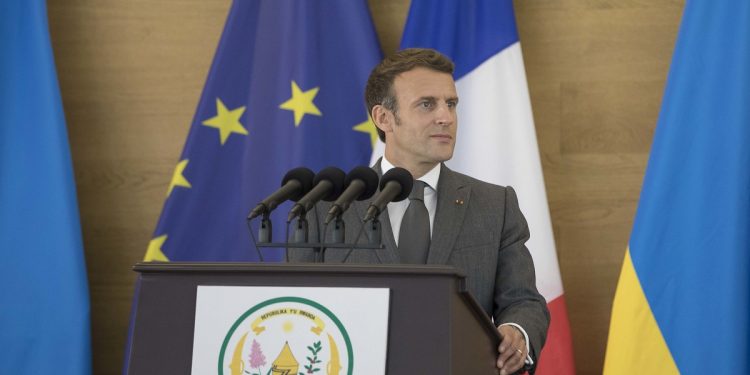 This new confederal community built on people power would be altogether different to the abandoned EPC of the 1950s based on just France, Germany, Italy, Belgium, the Netherlands and Luxembourg.

It would differ too from the Council of Europe, which as of 16 March excludes Russia. It would, however, be established as a bastion of European values and ideals opposed by today’s Russian leaders, and independent of the USA. And its focus would be youth and the future, inspired by the Conference on the Future of Europe.

It rests on opening opportunities for young people, capturing a spirit of adventure as well as hearts and minds. This comes down to giving ordinary young people the means to explore Europe’s values, cultures, and places by getting together across borders — developing freedom of movement, rather than building walls, and working on specific matters of energy, security and infrastructure.

That depends on how the whole thing is spun. Johnson liked the idea of a new space of political co-operation when Macron hinted at the G7 summit in Germany on Sunday that he would welcome the UK into it.

Officially, UK diplomats are guarded in what they reveal. It would not be a rival or an alternative to the EU, nor a place to delay Ukraine’s membership of the EU. But it would become a pre-EU membership club for other countries such as Moldova, North Macedonia, Albania, Serbia, Bosnia and Kosovo as they align themselves gradually to European politico-legal rules and practices.

It would not be a threat to UK sovereignty and since it would be an international platform for political leaders, including those not in the EU, its appeal to Johnson may be greater than nay-sayers pretend – there’s trouble in the ranks and a general election looming.