Joe Biden: is the Middle East still worth it?

Kerry Pearson lays out the foreign policy challenge that Biden faces in the Middle East. He will have to grapple with ISIS, Saudi Arabia, and the sale of arms. At the same time, he will attempt to pivot to Asia and the rising power of China. 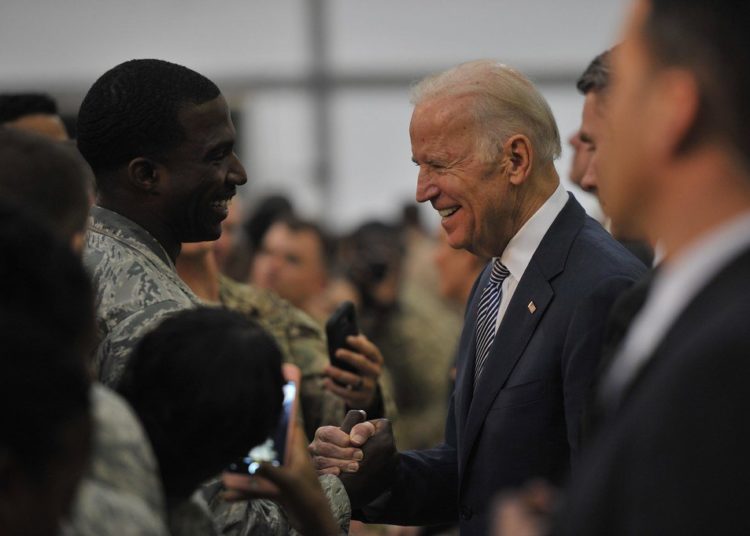 Joe Biden, throughout his extensive political career, has grappled with the Middle East. As Politico points out, Biden voted against the first Iraq War in 1991. He pushed for the invasion of Iraq in 2003. Under Obama he dealt with the Syrian civil war. And he’s reckoned with the rising force of ISIS. It comes as no surprise then, that Biden wants to deprioritise the Middle East in American foreign policy.

Instead, he intends to pivot to Asia and focus on one of the most global pressing issues: the rise of China. This is not an original notion. Biden’s predecessors, Trump and Obama, both tried and failed to ‘pivot to Asia’. This proved difficult, as both ISIS, and Iran’s nuclear programme consistently dragged them back to the region.

Biden’s approach to the Middle East

As part of his 100-day agenda, Biden has ended American support for the Saudis in the Yemen War. He has not shied away from his feelings towards Saudi Arabia, describing them as a “pariah”, or outcast, that had little “social redeeming value”. On top of this, he publicly criticised Muhammad bin Salman, the Saudi crown prince, for the murder of a journalist in 2018.

Biden is entering risky grounds. Salman is in charge of one of America’s most important allies, and American interests will be at stake, no matter what path Biden pursues.

What are American interests in Saudi Arabia?

The principle American interests in Saudi Arabia are, fortunately, not what they used to be. The USA is no longer dependent on the country for oil, as it now imports more from Mexico. In addition, in 2020, America itself was a net exporter of both oil and gas. The other key challenge of the Middle East – the state of Israel – has also been eased since Israel and its Arab neighbours formed closer ties.

This is not to say that the USA has no interest in keeping its hand in the Middle East. Terrorist groups that pose a significant threat to civilians and the West often find ‘havens’ in Iraq, Syria, and Yemen.

There is also the issue of Iran. If the state gains access to a nuclear bomb, a Middle Eastern arms race is almost inevitable. This would destroy the global non-proliferation regime.

Trump, shamefully, did very little to ease these tensions. He withdrew from the joint comprehensive plan of action, an agreement to constrain Iran’s nuclear programme, and alternatively punished them with sanctions. This only led to retaliation from Iran, who began enriching more uranium than the deal allowed.

Biden’s likely response to instability in the Middle East

There is a danger that whichever path Biden pursues – to attempt to stabilise the Middle East, or to focus on the rising power of China – aspects of American foreign policy will be neglected.

Biden may attempt to remove and discourage the Middle East’s reliance on armed force, as a way of encouraging stability. This in itself though, would be hypocritical. American arms sales to the region are huge, and their supply is almost always a means of trouble, which only intensifies and worsens the livelihoods of those living under abusive regimes.

As one of Biden’s first foreign policy moves as president, however, he froze a shipment of offensive weapons to Saudi Arabia and initiated a review of arms sales to UAE.

Diplomacy and pragmatism will also be key in Biden’s strategy. The Abraham accords, which formalised ties between Israel and several Arab nations, are the first step in the right direction to increasing diplomacy and discourse.

Still, more talking should be encouraged, and Biden has prime opportunity to do so while Iran suffers under American sanctions. As the Economist reports, “[Iran’s] anxiety gives Biden leverage in asserting that lowering tensions is in everyone’s interest”.

Stability and diplomacy in the Middle East

Galvanising stability and diplomacy in the Middle East does not, however much people wish it did, depend on the withdrawal of American troops. The Economist points out that soft power – possession of cultural and economic influence – tends to be more effective when hard power (military) “lurks in the background”.

Biden will not simply roll over and allow Iran to take control of the region. After an attack by Iran on Americans in Iraq, the US responded with a strike on an Iranian-backed militia in Syria.

Sometimes, talking is the hardest part, but without it, America, the Middle East, and the rest of the world will struggle to move on.