Faced with a government that combines incompetence and ruthlessness in equal measure, preventing damaging public policy decisions won’t be easy. But the only alternative to letting them get away with things is to do nothing – in parliament or outside it. For many of us that is simply unthinkable. 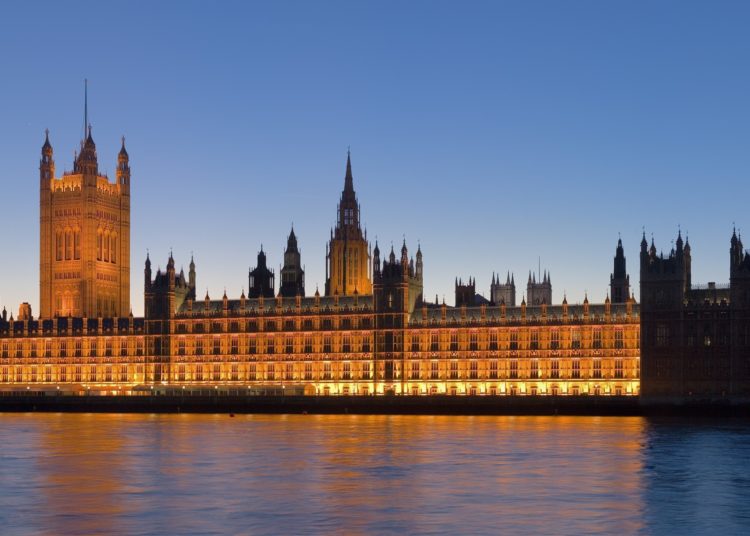 Parliament doesn’t like change. Even minor changes – like ending the practice of printing Acts on vellum, or allowing clerks not to wear wigs – take years of fraught debate. So when parliament in late March found itself unable to meet because of the lockdown, the first response was simply to close it down. This lasted for three weeks, but even the traditionalists then accepted that change was needed if the government was to be held even partially to account.

And so, over the past three months, we have introduced measures which in normal times would have taken decades to agree (if ever). In the Lords, where the age profile of our members means that many of them are vulnerable to the virus, we now conduct all committees entirely on Zoom. For debates on legislation or questions to ministers, you can either come in to a socially distanced chamber (maximum capacity 32) or use your laptop from home and, via Zoom, be projected onto ten screens round the chamber and be broadcast on parliamentlive.tv. Most are choosing to stay at home. All votes are totally electronic.

In the Commons, broadly the same happens, though votes – at Jacob Rees-Mogg’s whim – still have to be conducted physically. After a great fuss, those unable for health reasons to attend are paired and so they do in effect now have a vote.

At one level this all works quite well. Ministers are questioned. Bills and statutory instruments are scrutinised. And votes are held. It is not, however parliamentary democracy as we know it. Because it simply isn’t possible to make an impassioned speech from your study, to gain the approval of the house by the force of your arguments, or really to put ministers under the pressure. Without spontaneous interventions and in the absence of a visible collective response to even the most ludicrous or inadequate government assertion, ministers can get away with almost anything. For no minister likes to be ridiculed, and a collective groan of disapproval or disbelief from a full chamber can do more to affect policy than any amount of external lobbying.

The only element of the new procedures which is working as effectively as before is voting. In the Lords, the Conservatives effectively have the same number of votes as Labour and the Liberal Democrats combined. Cross-benchers, of whom there are 180, act as the swing vote. Cross-benchers do not have any political affiliation, but tend to be quite anti-government and very anti-Brexit. And so, we have already defeated the government multiple times, on bills as disparate as fisheries (on for example sustainability), telecommunications infrastructure and corporate insolvency and governance.

As we get into the meatier Brexit-related bills, this pattern is likely to be repeated. We are currently in the foothills of debates on the agriculture bill, but when we come to later stages, the question will not be whether the government is defeated, but how often and on what. Likely candidates include international trade standards and animal welfare.

Of course, with a big Commons majority, the government can simply overturn all our amendments, and although we may decide to play ping-pong and press them more than once, simple arithmetic means that we cannot succeed in a simple show of force.

However, previous governments have regularly accepted defeats in the Lords whether because they belatedly realised that they had got something wrong, or because the game wasn’t worth the candle.  Although this government is arrogant and hates the Lords, the one thing we do have on our side is the pressure of time. All the Brexit-related legislation needs to be passed well before the end of the year. So even a few weeks delay by the Lords could be critical.

It is clear however that this government regards parliament as an inconvenience. All new policy decisions are announced outside parliament, and the widespread use of statutory instruments (SIs) – most notably to enforce Covid-19 restrictions – reduces parliamentary scrutiny to a charade. SIs can only be debated for a maximum of 90 minutes, are unamendable and are virtually never rejected. Even Labour has a policy of not voting against them. So effective pressure on the government on many issues cannot just come from parliament. When it comes to trade treaties, for example, these can be entered into by government with no effective parliamentary constraint.

This is why large-scale public action remains so important. We have seen with the recent Black Lives Matter demonstrations that they have helped mould opinion more than a hundred parliamentary debates. And whilst the experience of the huge anti-Brexit marches suggests that such events in themselves are unlikely to change policy, it doesn’t mean they are unimportant. Because they do have the effect of mobilising large numbers of people in a common endeavour and do motivate people to take further action, including lobbing their individual MPs.

Old-fashioned lobbying – even if by modern electronic means – does have an impact. This is obviously greater in seats where the MP has a modest majority and increases as an election nears. But the denunciation of Dominic Cummings by a large number of Tory backbenchers flowed from their having received hundreds of angry e-mails. And with issues such as a possible UK-US trade deal, for example, a similar flow – combined with aggressive questioning of ministers in parliament – really could make a difference.

Faced with a government that combines incompetence and ruthlessness in equal measure, preventing damaging public policy decisions won’t be easy. But the only alternative to letting them get away with things is to do nothing – in parliament or outside it. For many of us that is simply unthinkable.