Amid the furore over the mangling of this year’s A-level results, one statistic stood out for me: only 7,557 students took French. 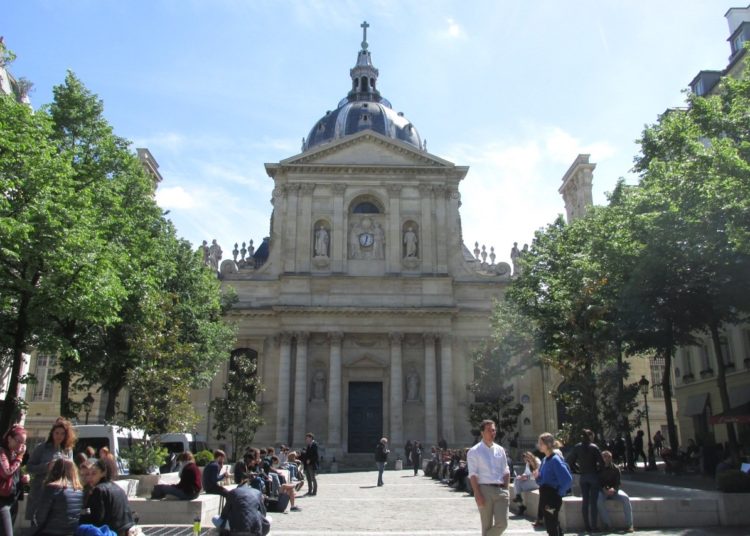 Amid the furore over the mangling of this year’s A-level results, one statistic stood out for me: only 7,557 students took French. While the numbers taking Spanish rose slightly, those taking German fell by 6 percent. This decline in European languages in state schools is worrying, accompanied also by a decline in the humanities, such as history and geography. English fell by 25 percent and creative arts subjects by almost 17 percent from 2014 to 2019.

In 2004, under New Labour, languages became optional at GCSE in England. (In Wales, Welsh is compulsory until 16.) Perceived as ‘difficult’ or ‘high-risk’ subjects in which to gain high grades, schools worried about league-table positions – often in disadvantaged areas – let them drop. GCSE figures from 2002 to 2018 show a 63 percent drop in students taking French and a 67 percent drop in German. From 2014 to 2019, the number of A Level entries in languages fell by 8 percent. The Scottish government may like to present Scotland as ‘more European’, but there too, language courses are being dropped and in five local authorities no National 4 or 5 German exams were recorded for 2017/18.

In 2013, it was predicted that up to 40 percent of university language departments would have to close within a decade. Where, then, will language teachers for schools come from? There has been an increasing reliance on employing native speakers, but with Brexit looming, teaching in the UK looks much less attractive.

Loss of language skills is usually framed primarily as a threat to business and trade, but the long-term damage goes beyond that. It narrows horizons imaginatively, intellectually and culturally. Community cultural links through school exchanges and twinnings are broken when schools stop teaching languages. In academia, scholars in all fields need to read primary sources and fellow researchers’ books and articles – internationally. It can take years for translations to be published (if it happens at all). As a result, popular works especially – including TV documentaries and school textbooks – can lag decades behind academic scholarship. It also means Anglophone nationalistic viewpoints (British or American) are prioritised over those of the countries under discussion.

The current desire to rewrite the curriculum to focus on slavery and colonialism also turns its back on Europe in favour of the Commonwealth. It is a mirror image of imperialist nostalgia: both paint Britain’s colonial legacy in exceptionalist terms, the one as uniquely bad, the other as uniquely positive. Both skim over the pan-European context and comparisons.

The ‘decolonising’ agenda panders to the Brexiter mind-set Hardeep Matharu described in ‘Why Did So Many Asian Immigrants Vote to Leave the EU?’ and to racism. It implies that, if your family originated in the Empire/Commonwealth, European culture is ‘other’ – not yours – even if you yourself have always lived in Europe. It implies that your ancestry excludes you from participation in it and identification with it. It would do better to recall, as Quentin Tarantino did in Django Unchained (which riffs freely on The Count of Monte-Cristo), that one of 19th century European literature’s towering figures was of Afro-Caribbean descent. The film’s key line is, “Alexandre Dumas is Black”.

But Dumas – though popular through film adaptations – is not on the school curriculum. Literature teaching in schools usually excludes translations: taught as ‘English’, it is Anglophone (mainly British, Irish and American) by default. A student can go through the full cycle of compulsory education from 5 to 18 without reading any literary classics originally written in other languages. While there may be problems in analysing style through translations, content, themes or characters can still be examined, and open up a wider cultural landscape.

I was lucky. We could never afford holidays abroad, but my parents always made sure I had books that took me to other places: tales from Greek mythology and the Shah-Nameh; the June and Schoolfriend Books of Heroines with stories (albeit bowdlerised and sanitised) about the French Revolution, about George Sand and Suzanne Valadon. At my comprehensive, I studied French, Latin, Greek and a bit of Italian, and taught myself to read Spanish. By my mid-teens, European history, art and literature were my passions, despite never having left Britain physically.

Thanks to the internet, opportunities to discover and explore languages and literature have never been greater. Free language courses are available online, with access to books, films and music to support and enrich them. But without introducing subjects and ideas in the schools most children attend, how many know what is available, what they are missing? Not all children come from homes where that passion for learning is encouraged.

These are the children who – whether or not they are yet aware of it – will suffer most from Brexit. Their opportunities are being closed off – for Erasmus study, for freedom of work and travel. But freedom of intellect and imagination must be fought for, as they become the foundations for the fight to restore the rest. If Europe exists as our ‘imagined community’, a shared imaginative and cultural space, language is key to entering it.