Is this our darkest hour?

Over the last few months, the government’s response to the Covid-19 crisis has been “flawed and complacent” according to the international press. Yet Johnson himself boasts that he is ‘proud’ of his performance. 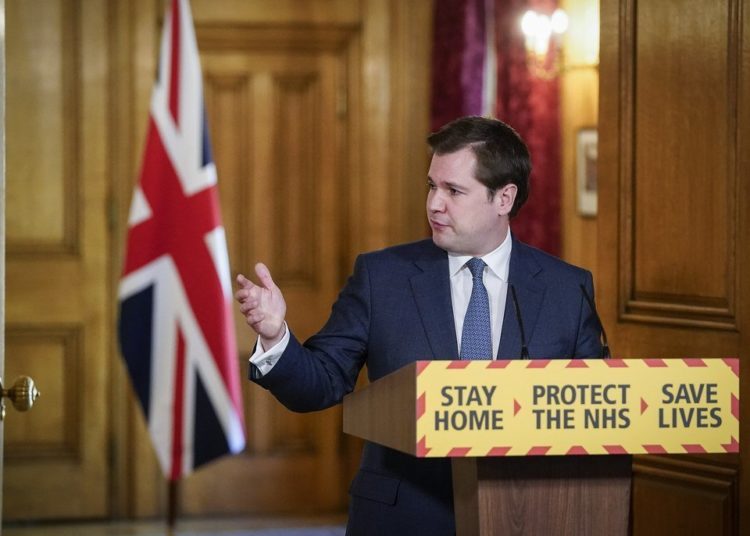 And so, yet another Tory scandal hits the headlines, this time relating to housing secretary Robert Jenrick, who is alleged to have “insisted” a planning decision for a £1bn property development should be rushed through so a Conservative donor’s company could reduce costs by £45m.

The donor, ex-Express owner and pornography promoter Richard Desmond, allegedly texted Jenrick that it was desirable to avoid paying London’s poorest borough, Tower Hamlets the £45m that it would otherwise be owed, because “We don’t want to give Marxists loads of doe [sic] for nothing!” The prime minister, it is reported, considers the matter closed.

This should hardly come as a surprise to the British public.

Johnson previously ignored inflammatory postings on his chief aide Dominic Cummings’s blog that smacked of cynical racist manipulation – referring to the use of immigration as a “baseball bat” in Leave Campaign advertising – and more recently gave him the use of the prestigious 10 Downing Street Rose Garden to go through a nationally televised, torturous explanation for breaking lockdown rules.

Likewise, the Russia report remains unpublished with no explanation whatsoever from Johnson. It is believed to include “embarrassing” revelations about the links between the Russian secret service and donors to the Conservative party. Its non-publication – and the failure to set up an intelligence security committee since the general election – is an “affront to democracy” according to Business Insider. And yet it continues.

The question of whether Johnson improperly allocated money to the business of a close friend is still unanswered. The Independent Office for Police Conduct enquiry concluded that while there was no evidence to suggest criminal activity on the part of the former Mayor of London, “there was evidence to suggest that those officers making decisions about sponsorship monies … thought that there was a close relationship between Mr Johnson and Ms Arcuri, and this influenced their decision-making”. Johnson faces no further action.

Over the last few months, the government’s response to the Covid-19 crisis has been “flawed and complacent” according to the international press. Yet Johnson himself boasts that he is ‘proud’ of his performance. He becomes irritated when it is pointed out that the UK has one of the highest death rates in Europe, or that his plans for public services such as schools and Covid testing are shambolic, indicating that his ability for self-reflection is badly flawed.

If we also take his previous record into account, there is considerable evidence to question his fitness to be prime minister.

But the Conservative Party continually fails to respond and in a ‘democracy’ where they hold a significant majority in parliament, there is very little that others can do to ease this speeding juggernaut to a halt. Before long it is likely to thunder through a devastating second wave of the pandemic by easing lockdown before infection levels have sufficiently reduced, and it will wreck what is left of the UK’s economy on the rocks of a no-deal Brexit that will nevertheless have the potential to make a lot of money for the Conservative Party’s wealthy funders.

Which brings us back to Jenrick; or more specifically, to the rot that lies beneath when the corner of the rug is lifted to expose the moldy carpet of the UK establishment. This is a rug that Johnson has deftly placed there, drawing on his talent for “laughter and lies” to hide the reality of his sordid regime from the British public.

But this didn’t start with Johnson. The United Kingdom’s fall from grace is not merely the work of one man. There are others in the same generation of leading Tories whose corruption has been thoroughly documented and whose motives have been thoroughly exposed. And it’s not even the work of just one government. London housing scandals did not start with this secretary of state and his friend the pornography baron, but were crawling into life when he was not yet born in “the greatest act of political corruption in the history of local government”, overseen by the Thatcher government; a series of events that, as I have argued elsewhere, led eventually to Grenfell.

This is a boil that has been festering for forty years, with the degeneracy of the Johnson government potentially the final stage in the process that will lead to its eruption. Excising it will be painful and distressing, and many people and communities will be faced with difficult and unpleasant consequences when the discharge (forgive the continued metaphor) lands on them. The somewhat good news is that it appears we are moving to the endgame as events over this year continue to unfold.

As Martin Fletcher warned in 2018, “in Johnson we now have a charlatan of our own who is perilously close to winning power”. And of course, this finally came to pass in 2019, after Johnson led a “party within a party” to ensure that any potential opposition was removed before staging their successful coup within the ancient Conservative and Unionist Party. Johnson’s political guru Cummings has shown his contempt for the British political system in his published comment that Parliament is “digressive, obsessive and uncontainable” and Johnson, without the explicit consent of his own party, has clearly shown his contempt for the Union for which they were named.

In response to the protests that have raged across the country, I recently joined forces with a colleague to make a plea for a government that seeks “to unite rather than to divide”. Incidents such as the one that has bubbled up this week around Jenrick are not the illness from which the UK suffers; they are the symptoms of a far more serious condition. Unless members of the Tory Party have this difficult discussion between themselves and replace this smiling tiger of a regime – a group with the morals of gangsters in their appropriation of the public purse as a never-ending stream of funding for their own personal enrichment – our prospects as a nation are at least as dismal as they were in 1940. We are now at a point where we need to consider seriously whether we are in fact only just now speeding towards our “darkest hour”.

Update (13 October): since I described the Johnson regime as a ‘smiling tiger’, referring to Robert Jenrick rushing through a planning decision to reduce costs for a Tory donor, we have been treated to many subsequent scandals, not all relating to Jenrick. But he made an uncomfortable appearance on Marr this weekend, defending the accusation that he had awarded a regeneration grant to his own constituency, despite it being relatively prosperous.

He has also stoutly backed the government’s decision not to pay attention to its scientific advisors, despite the risk to the lives and health of the British population, insisting that the government was still being led by science, despite having rejected the advice last month from the Sage committee of experts. He also seems to have a very vague idea about where Liverpool is on the map of the UK, despite its current media prominence as the only area to be placed on the top tier of covid restrictions.

Tweeter Mary Wombat speaks for a nation when she asks how our politics have got to this state. Let us hope that we may one day get back to a situation in which our politicians take responsibility for their actions and for their decisions. And when we do, the future will not look very bright for politicians like Jenrick.