Frankly it is politics, and fairly low politics at that. He is using dog-whistle tactics to firm up his base – the mainly older Conservatives 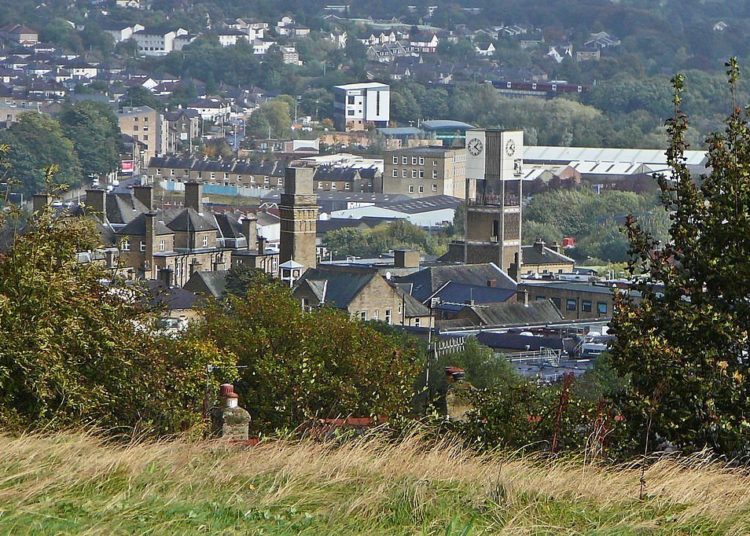 Editor’s note: the original version of this article stated that Philip Davies MP helped his colleague Christopher Chope filibuster the upskirting bill. This was incorrect and Davies in fact supported the bill. We apologise for any upset this might have caused and have amended the article to reflect his record more closely.

In my life there are three or four things which I find deeply embarrassing. Top of this list is that fact that I live in the Shipley constituency and hence my member of parliament is Philip Davies.

Some readers will be familiar with the carefully managed Davies profile. He is a right of centre Conservative who for years has been pressing for the UK to leave the European Union. More than that, he has in the past been a climate-change sceptic. He has modified his views on that issue but is towards the back of any charge to get this country ‘greened’.

He has deliberately built a reputation for himself by ‘talking out’ well-intentioned private members bills in the Commons – ‘the master of the filibuster’. According to The Independent back in 2014:

“He filibustered legislation to stop rogue landlords evicting tenants asking for basic repairs. He also tried to thwart legislation to enshrine the Government aid budget in law – despite the legislation having the support of all three main parties. And – using a different tactic – he managed to prevent a Bill banning the use of wild animals in circuses from even being debated in the Commons.”

Given his right-wing views on almost everything, it is no surprise that Mr Davies is tough on crime and more especially criminals (which again adds to his appeal among certain of his Shipley constituents). He calls for longer sentences for the convicted amid more Spartan living conditions in prison. Intensive Alternatives to Custody that are shown to reduce reoffending are batted away by Davies as sloppy liberal sentimentality.

In a bid to buttress his views on tough sentencing Davies went on a research visit to the United States (a country that has an even worse record on penal policy than the UK). During the trip, Davies visited a museum of the penal system in Florida, where he arranged to have himself photographed sitting in an electric chair. Just what message was the Honorable Member for Shipley seeking to get across when the photograph was published?

Mr Davies is passionately opposed to doing away with the first past the post electoral system and is critical of most moves to level up the position of women in society, seeing himself as the champion of men’s right. He has links to the betting industry and can be counted on by them to resist in the Commons any further regulation of gambling. He has called for sex education to be abolished in schools and, in an equally enlightened moment, has suggested that employers be permitted to pay disabled employees below minimum wage, as “people with a learning difficulty, clearly by definition cannot be as productive in their work”.

You get the idea.

Philip Davies’s latest wheeze is to float the idea that the constituencies of Shipley and Keighley should leave the Bradford Metropolitan District. Recently he had an article to this effect in the Telegraph and Argus and is running an online petition.

The crux of the Davies argument for secession is that Shipley and Keighley are “different” to the centre of Bradford and would be better off with their own local authority. (A possible sub-text here is that in the three inner-Bradford constituencies the proportion of black, Asian and minority ethnic residents is higher than in Shipley or Keighley).

Both Shipley and Keighley have their own leafy suburbs with desirable detached housing. Such housing is in the top council tax bracket, and Davies can make the point that these homeowners are paying top-whack to the Bradford authority only to see the council spending proportionately more in the inner city than in the outer reaches. In short, there is a transfer from rich to poor that Davies presents as “unfair”.

A further bind is the way that new housing development usually seems to take place in the green leafy suburbs, with delightful fields being given over to bricks and mortar. His newspaper article asserts:

“Bradford Council is preoccupied with supporting the development of large and expensive housing on green belt areas, particularly in the more rural parts of the Shipley and Keighley.”

Again, the sub-text here is, “If we can get away from those wicked Bradford planners, we can stop our green fields being built on”.  This is pure nimbyism – and it is dishonest nimbyism, as has been made clear to me in exchanges I have had with three planning officers in council planning. Philip Davies raises the prospect of a release (from planning restrictions) that simply does not exist.

An early section of his article raises the question of lockdown restrictions across the Bradford District. Conservative voters in Shipley and Keighley resent the lockdown and feel it has been brought about by the high rate of infection among the South Asian community in the centre of Bradford. The thinking is, “If we were not part of Bradford District, we would be free of restrictions”. This ignores two considerations. Firstly, that Pakistani-heritage workers are often engaged in frontline jobs, keeping the whole of the District running and leaving them more exposed to the risk of infection higher than the average. Secondly, that there are spikes of infection in the leafy suburbs of Shipley and Keighley (Eldwick, Ilkley), thought to be result of white middleclass travellers returning from continental holidays.

Other articles by John Cole:

Turning to ‘tax and spend’, there is a chasm between the Davies philosophy and that of anyone with a social conscience. There are overwhelming arguments for some redistribution of wealth, with public spending being prioritised to the areas of most need. As John Donne’s famous portrayal of our common humanity put it: “No man is an island entire of itself”, and hence the broadest shoulders need to bear the burden of the taxation that finances the uplift of the less fortunate.

The Davies scheme for Shipley and Keighley, to split off from the Bradford District, is like his support for Brexit. “Let’s withdraw from the larger union. Let’s preoccupy ourselves with our own folk locally, who have the advantage of being like us”.  Internationalism, pooling sovereignty, engaging in joint ventures and welcoming difference are all anathema.

What is Philip Davies up to here, pushing the idea of secession via running a petition? Frankly it is politics, and fairly low politics at that. He is using dog-whistle tactics to firm up his base – the mainly white, older Conservatives who read the Daily Mail, Daily Express or the Telegraph.

It is said that Boris Johnson borrows heavily from the Donald Trump play-book. In Philip Davies, Shipley has an MP prepared to borrow from both.