Those who wish to have remained EU members must realise that even if Brexit proves to be a disaster, it will still be a hard sell to rejoin 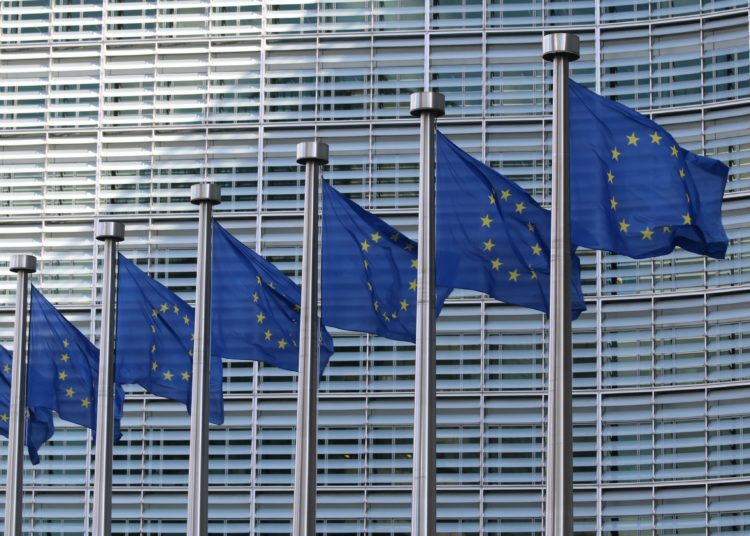 Photo by Guillaume Perigois on Unsplash

As a Lancastrian European, let me begin by taking my hat off to ‘Leeds for Europe’ for recently getting the EU flag hoisted over Leeds Town Hall. However for any ‘rejoin’ campaign to gain traction, those who wish to have remained members of the EU must surely realise that even if Brexit proves to be the disaster many predict, it will still be a hard sell to rejoin.

My sympathies were always with ‘remain and reform’ as a campaign aim. ‘Rejoin and reform’ would therefore be a better signal of intent, but those who would like this cannot demand from the outside that the EU reforms before we re-apply. We must recognise that many of the criticisms of the EU’s snail-like process to reform played into the hands of the Brexiters. For the time being therefore, all we can do is to cheer on the EU reformers on the inside and keep open our lines of communication.

Geopolitically, even with a Biden victory over the anti-EU Trump, there is still going to be a deep ideological divide between the US market-driven economies and the consensus-based EU model. The trade rivalries will continue. Russia will continue to be a source of anti-EU plotting, while China will remain relatively neutral, because it needs EU markets but discounts Brussels as a political player. So, there will still be a role in the international spectrum for ‘neither Washington, nor Moscow nor Beijing’.

The promise of getting substantial bilateral trade deals that would have propelled an ‘independent’ free-trading UK towards a brighter future is already threadbare. The eventual EU/UK trade deal, or no deal, could well lead to serious problems for the economy. The vaunted rush of countries to do lucrative trade deals with this ‘independent’ Britain has so far been unforthcoming. This means that rather than flourishing in this brave new world, things might indeed get worse. It is not at all unrealistic to imagine, even in a relatively short period, that Britain will have to reassess its relationship with the EU beyond the likely skeleton deal that emerges by the end of the year.

A key question to consider is how the EU would respond if Britain enquired about rejoining. Let me start by assuming that the EU would act rationally and not out of truculent spite, as some people may try to suggest. There is no reason to doubt the sincerity of the EU’s repeated assurances throughout the fractious period leading to the Withdrawal Agreement (WA) that Brussels would accept a reversal of Brexit.

The Lisbon Treaty (2007) laid down the framework for a state to leave the EU and the Copenhagen Criteria (1993) laid down the framework for joining. But it is worth probing whether a special case can be made for a former member state rejoining. ‘Copenhagen’ was a checklist to guide the entry path of the former Soviet bloc countries in central and eastern Europe. Basic conditions such as democracy, rule of law and human rights should not cause Britain a problem (despite the fact that Britain’s performance on human rights leaves much to be desired).

A more serious hurdle would be that of political unification – remembering that David Cameron’s draft agreement with the EU did give Britain an opt-out on the contentious commitment to an ‘ever closer union’. More difficult still would be the commitment to a single currency, but it should be pointed out that countries that entered after the Copenhagen criteria (Poland, Czech Republic, Hungary, Bulgaria and Romania) still haven’t joined; and existing members Sweden and Denmark still keep their own currency. Britain would also have to sign up to all the EU legislation passed during our absence (the aquis communitaire). But the aquis are not preconditions before entry; they could be staged and subject to dispensations.

A re-accession package is therefore well within the bounds of what would be considered negotiable.

Doubters should never underestimate the skill of negotiators to finesse seemingly intractable issues by an ambiguous form of words. A practice most precisely expressed by François Mitterrand who, when faced with an obdurate Margaret Thatcher, advised her, “just agree in principle, and then don’t do it”.

Let me turn to the positives for the EU side. Readmitting Britain with its 60 million population has obvious advantages to the EU’s desire to extend the internal market. It would make a considerable difference to its financial situation. The EU has already decided that any deficit caused by Britain’s withdrawal of its budget contribution will not be compensated with an overall increase from other countries. This means that the same will now have to be done with less.

The free movement of capital, goods and labour has intensified, not lessened, regional differences as resources (material and human) have been sucked into the more dynamic areas of the EU, leading to growth of the so-called ‘left-behind’. This is turn has led to a rise of nationalistic populism in all EU countries. With Britain once more a net contributor to the budget, this would bring some relief to all other net payers and the chance to address some of these regional differences. Advocates of rejoining would have another hard sell here though, as the argument on simple ‘cash-out, cash-in’ is a strong card for what would be the ‘stay out’ camp.

Any failure to achieve the golden future for a free-trading Britain would certainly persuade the business sector to play a more active role in advocating rejoining the EU internal market than it did in the 2017 referendum. Crucially though, those in favour would have to energetically argue for the more intangible benefits of a closer union, not least to the ideas of social, economic and environmental solidarity.

Friends and political contacts in Brussels and the EU have gone through despair, disappointment and resignation about Brexit, but this country still has many virtues to offer.

The eventual deal between the UK and the EU that emerges by the end of the year will be a far cry from what was promised during the referendum and what many mistakenly believed was possible. It will also bear no resemblance to the “oven ready” deal promised by Boris Johnson during the general election campaign. Any re-accession may therefore involve a ‘take-it-or leave-it’ stance from Brussels – not doubt spun as a ‘surrender’ by hard-core Brexiters.

Those seeking to rejoin need to engage openly and positively on this issue, and drop the temptation to say, “We told you so”. For sadly, any campaign to rejoin will inevitably be based on the failure of Brexit to do exactly what it said on the tin.

And if we get this far, there may need to be an interim stage, similar to EU’s relationship with Switzerland, which allows considerable freedom of movement of goods, services, people and capital, conditioned on regular exchanges and agreements on regulatory alignment.

Britain still has some strong cards to play and the EU knows it. The sooner, this debate develops the better.