Boris Johnson faces a big decision this week regarding the Brexit deal. Does he sever all ties and throw away what's already agreed because he can’t swallow the rest? 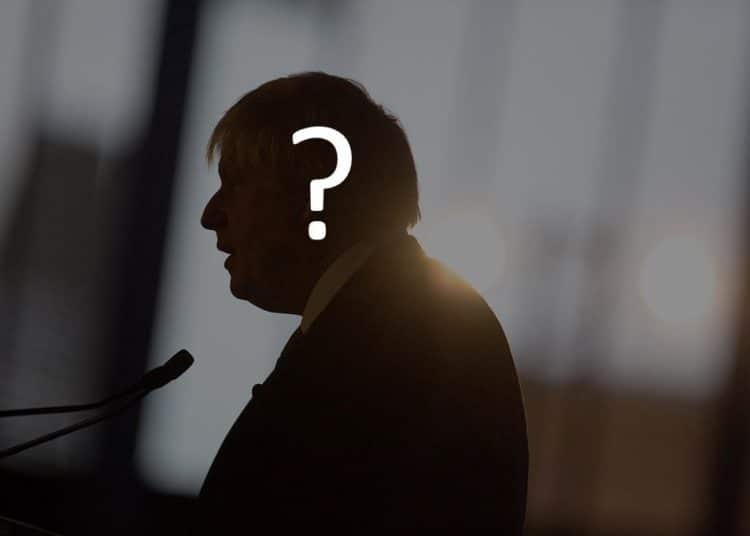 Cummings may have gone, but Boris Johnson is still ensconced in Downing Street as half the nation waits with bated breath to see if he’ll deliver a catastrophic Brexit or merely a disastrous one. Businesses look on in horror and brace for impact either way.

An article in the FT on Friday quotes a senior government official saying even they don’t know if Johnson will opt for a deal or not, and “frankly, I don’t think the PM knows either”. Its almost as if he enjoys having the power of a medieval monarch to toy with us, deliberately orchestrating a sort of national angst about the uncertainties of Brexit.

With 38 days to go before the greatest instantaneous shock to our overseas trade in history, there is apparently a total void at the highest levels of government where policy direction normally starts, while we await the mercurial mind of Johnson to be made up.

Cummings was once described by David Cameron as a “psychopath” but I sometimes wonder if Johnson doesn’t suffer the same flaws. I checked what a psychopath actually is – judge for yourself which of these behaviours Johnson has demonstrated over the years.

Psychopaths tend to lie, be socially irresponsible, disregard or violate the rights of others, cannot distinguish between right and wrong, have difficulty showing remorse or empathy, manipulate people and have problems with the law. Does this seem familiar?

The FT says British business has “given up waiting for Mr Johnson to make a decision and are preparing for major disruption”. Amazingly, the food industry resilience forum has been reconstituted with fears resurfacing that perishable food could run short.  Pinch yourself, this is Britain in 2021 – although it seems more like 1940, but this time we’re digging for defeat.

The Grocer website quotes an unnamed industry executive saying that in January he could not see “any other possibility than food shortages”. None of this seems to bother the man who has brought us to the brink of the abyss and on whose shoulders the next momentous decision rests.

Industry might be even more worried if they read this piece by Paul Waugh in The Huffington Post the other day with quotes from people who know or knew Johnson.

First, Sonia Purnell, who worked with Johnson in Brussels for The Telegraph and wrote a biography of him, ‘Just Boris: A tale of blond ambition’ (2011):

“When I worked with him all those years ago, I realised that this was not a kind of normal person, with normal feelings of empathy. It’s like there’s something wrong with the wiring. Really, other people don’t interest him very much. Unless they are women that he wants to get into bed.”

And if you ever thought he had some guiding beliefs on his way up the slippery pole, think again. Purnell says:

“The weird thing about him as prime minister, as foreign secretary and as mayor is that he has no ideas. He doesn’t really have any plans of what to do with power. There’s no Johnsonism. There’s no creed, there’s no set of convictions. He’s a brilliant wordsmith and his greatest genius is PR, but there really isn’t much else.”

“No-one would find this [coronavirus] fun being prime minister right now and I think he’s totally freaked out. He doesn’t know how to deal with this. He’s just not got the skill set. I’ve known him all these years. And I can see that face. He’s terrified”, says Purnell.

Andrew Gimson, who wrote another biography, ‘Boris: The Making of the Prime Minister’ (2016), gives a glimpse of where we are right now:

“Boris has a much higher tolerance of risk than most people, including most politicians. He sometimes likes to let things run with a kind of belief that they will somehow work themselves out”. I suppose this is a euphemistic description and what dithering might seem like to a hagiographer.

A former No 10 insider is quoted being a bit clearer, the PM’s famous indecisiveness being described so:

“Lots of secretaries of state have a paranoia they’re making the wrong decisions, and the PM is worse at that than anyone. In every meeting he’ll make a decision and then afterwards he will ask was that the right decision?”

“Others felt that the main issue with the lack of direction was the PM’s lifelong habit of just putting off to tomorrow any difficult problem he has today. Add his lack of a strategic vision or plan and the consequences were always going to play out, ex-ministers and advisers suggest.”

Johnson now faces the biggest decision of his life. The deal is said to be 95 percent agreed and I assume in many areas, and for many people, it will represent a good deal, the best available, otherwise presumably Lord Frost wouldn’t have agreed to it. And there is almost certainly a compromise to be reached on fish.

But the price for all of that will be accepting the highly unpalatable bits of the remaining 5 percent. The level playing field (LPF) conditions, and an overall governance package which allows for rapid and effective retaliation if one side or the other departs from the agreed terms, is going to come at a huge political cost. This will look to the hardline Brexiters not unlike continued membership of the EU, but with no say over the rules.

It is May’s ‘common rule book’ by another name and with even less influence, but it was always the price we would have to pay for tariff and quota-free access to the single market. One might say it is the whole problem of Brexit finally distilled into one simple question.

In June 2016, the German finance minister Wolfgang Schäuble put his finger on the problem:

“If the majority in Britain opts for Brexit, that would be a decision against the single market. In is in. Out is out. One has to respect the sovereignty of the British people.”

The agonies of the last four years have all been about this essential argument. What does Brexit really mean? Are we in or out of the single market and customs union? Johnson gambled that the EU would blink on a fundamental issue and allow Britain to have its cake and eat it. Access to the single market tariff and quota free but without the obligations. This is not going to happen. The moment of truth is at hand.

Do we now sever all ties and throw away the 95 percent already agreed because we can’t swallow the rest? Agreeing to the LPF conditions with a mechanism for future alignment to ensure the playing field continues to be level means we will have decided to opt in. And that is soon going to be a very big problem for Boris Johnson.