Mad monk Cummings is preparing an onslaught to bring down Boris Johnson. If anyone can do it, it's Cummings. 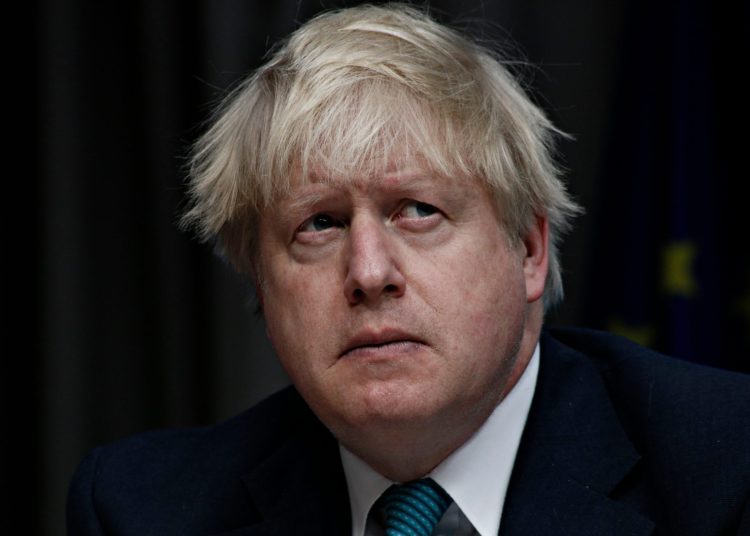 Downing Street insiders are said to be “terrified” of what Dominic Cummings has in store for them and rightly so.

Mr Cummings is not a man given to under thinking anything. A quick glance at his blog reveals a lot of rambling posts stuffed with pseudo-intellectual mumbo-jumbo on all sorts of nebulous topics. The sections on complexity, ‘fog and moonlight’, prediction, and politics, for example, cover such things as: “controlled skids and immune systems. Why is the world so hard to predict? Nonlinearity and Bismarck. How to humans adapt?” [sic]

Most of it is quite baffling. Suffice it to say, nothing is ever simple when it comes to the prime minister’s disgraced former senior adviser.

Cummings’s performance in the rose garden after the trip to Barnard Castle was a masterclass in how to prepare a legally watertight defence even when the evidence is stacked against you and the excuses (I was just testing my eyesight) simply laughable. Imagine the high-fiving inside No 10 after that one, eh?

But now the tables have been turned. The government is said to be “fearful” that a devastating “treasure trove” of internal memos and emails will emerge in what is being referred to as his “dossier”. They are right to be worried.

Spectator editor Fraser Nelson, writing in The Telegraph, says Dominic Cummings is “out to get Boris Johnson” after the PM tried to blame the “exiled ‘mad monk’ for leaking [text] messages”. This comes after Johnson allegedly rang editors of friendly national newspapers personally to smear his former adviser, although Cummings as we know, is not above that kind of thing himself.

Nelson questions if that was a good strategy given that if Cummings is only half as dangerous as they imagine he is, how did they think he might respond? Turning the other cheek is not his style, he prefers axe grinding.

Perhaps they were paying attention to what Mr Nelson had advised them barely a month ago when he claimed that although No 10 was indeed “terrified of the revenge of Dominic Cummings” they needn’t be, since there was “little Cummings could say that would shock the public anymore”. That does not look like terribly good advice now.

How does he plan to go about it?

The question is: how does Cummings plan to ‘get’ Johnson?

Rest assured it will be meticulous. In the Vote Leave campaign, Cummings employed a grid of successive announcements building towards the date of the vote, leaving the most powerful messages to the end where they would have most impact.

Last week’s blog post was just the opening salvo. The revelation in yesterday’s Daily Mail about Johnson, was also presumably from Cummings (if not, they have even more to worry about). According to the story, in a fit of rage last October, as advisers tried to convince Johnson of the need for drastic measure to control the spread of the deadly virus, our effortlessly superior and famously multi-lingual PM is alleged to have shouted, “No more ****ing lockdowns – let the bodies pile high in their thousands!”

Yesterday afternoon, Johnson and his official spokesperson indignantly and emphatically denied he had ever said such a thing, as any prime minister would be forced to. No doubt this was exactly as the leaker intended.

But, as Gary Gibbon on Channel 4 news noted, what if there is an audio record? We know Cummings is supposed to have recordings of conversations that he took with him when he was summarily dismissed from Downing Street in November.

Robert Peston at ITV, writing in The Spectator, says Johnson’s outburst took place in his study in Downing Street and the doors to the Cabinet room and outer office were allegedly open. A number of people are said to have heard the row. It’s not totally impossible that one of them recorded it.

If this did happen, and if Cummings now has the audio file, Johnson’s emphatic denials are going to be even more damaging for him, perhaps even fatally.

This is just the beginning

Expect more of these politically explosive leaks, with gradually increasing power to shock, in the weeks leading up to Cummings’s appearance on 26 May before a joint committee of MPs investigating Whitehall’s response to the virus crisis. You can be assured his appearance will be a seismic event.

Jeremy Hunt, the chair of one of the committees that will question him, has confirmed to The Telegraph that MPs would publish whatever Cummings gave them, as long as it did not put national security at risk and as long as the MPs on the committee agree.

Hunt said: “We will publish whatever he gives us – we would have to check if it passes any tests.”

Is Gove on manoeuvres?

Meanwhile, Michael Gove has been keeping a remarkably low profile recently. But he found time to appear in the House yesterday, to deliver a robust defence of the government and its attitude to the ministerial code, parading his debating skills before Tory MPs and demonstrating his grasp of policy details in between flashing put-downs of opposition members.

It was by all accounts vintage Gove; so clever, so slippery.

When asked by Stephen Flynn (SNP Aberdeen South) about Johnson’s comments regarding the piling up of bodies, his reply seemed somewhat short of a complete denial:

“The idea that he would say any such thing, I find incredible. I was in that room. I never heard language of that kind.”

Gove’s was employed by The Times and his wife Sarah Vine is a columnist at The Mail. He is a personal friend of Rupert Murdoch. Both newspapers have been publishing stories critical of Johnson for months, none of which harms Gove’s prospects of needing another £30K of taxpayers’ money to refurbish the flat above No 11 yet again.

In the spreading sleaze scandal, Nick Cohen’s words in a great article immediately after the referendum in 2016 spring to mind: There are liars and then there’s Boris Johnson and Michael Gove.