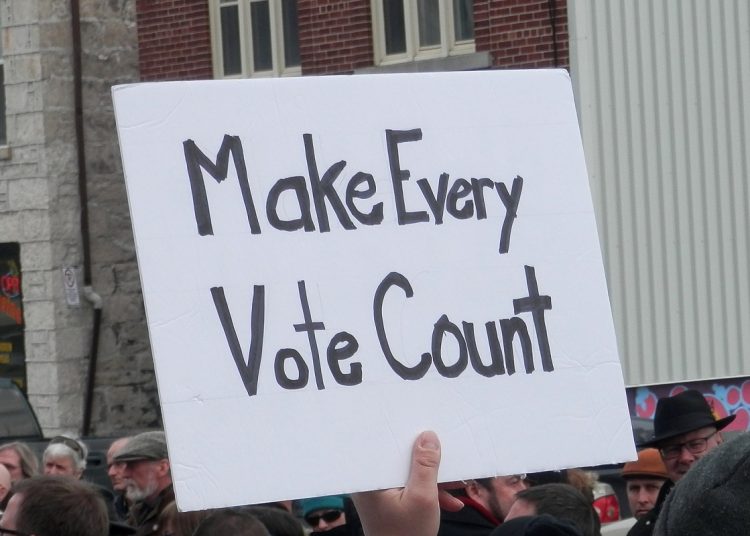 Sign that reads "Make Every Vote Count" being held at the Guelph Rally on Electoral Reform, Canada. Image by Ryan Hodnett is licensed under the Creative Commons Attribution-Share Alike 4.0 International license.

“I joined the Labour Party in East Surrey, and whenever you vote Labour in East Surrey it doesn’t really count for anything”, Keir Starmer said last week at the New Stateman’s Politics Liveconference, when asked about proportional representation (PR).

Starmer went on to rattle through his normal talking points: the next election will be fought under First Past the Post, and his focus will be on the economy. But the sentiment was by far the most positive which the leader of the opposition has espoused in many months.

Similar comments have come from otherwise agnostic frontbenchers in recent days. At the local government association’s conference, shadow levelling-up secretary Lisa Nandy said that “there are real problems with first past the post”.

Meanwhile, previously sceptical Ed Miliband came through with a wholehearted endorsement of electoral reform at the Guardian’s Politics Weekly podcast:

“Our system is unfair, disenfranchises people, and I don’t think it actually contributes to progressive change.”

What is remarkable about these statements is not just their quick succession. It’s that they’re from MPs who were lukewarm on PR beforehand, in a shadow cabinet which on the whole has been reluctant to talk about changing the voting system whatsoever.

What has changed? For one thing, it seems that electoral reform is an issue which is simply not going away. While a motion to adopt PR was defeated at last year’s conference, Labour’s two largest unions, Unite and UNISON, have since voted to support it as a policy.

Couple that with the 80 percent of Constituency Labour Party delegates who voted for last year’s motion, and it is overwhelmingly likely that this year’s conference will vote for PR.

What’s more, Labour’s route to majority government looks difficult at best. The polling expert John Curtice estimates that Labour would need a 12 percent polling lead for even a narrow majority, which only one poll this year has shown.

With Labour emphatically ruling out a coalition with the Scottish National Party, relying on the Liberal Democrats is their only obvious route to power. And Ed Davey’s price for support in a coalition has been an open secret for a long while (and confirmed in Kevin Maguire’s ‘Commons Confidential’ column): electoral reform.

The final factor may well also be that a snap election has only become more likely in recent weeks. Several spectres are looming, including the privileges committee investigation into Johnson’s misleading statements to parliament, a tanking economy, and more backbench rebellions.

Whether the strategy is to call an election early before things really go downhill, or to jump the sinking ship and leave it to ‘Captain Hindsight’, the case to go to the people is a stronger one than it was a few months ago.

From the perspective of the shadow cabinet, this gives multiple reasons to be more flexible to electoral reform. The first is that PR is even more popular among Labour’s activist base than the public at large. Whether you want local members to reselect you, campaigners to canvas for you, or a broader membership to vote for you as leader after an election, the incentive is to go with the party mainstream on PR.

What’s more, in target constituencies with even moderately high Liberal Democrat or Green votes, support for electoral reform can often persuade third-party voters to lend a candidate their support. Particularly for frontbenchers like Miliband, in suddenly marginal Doncaster North, wooing over these voters may well become imperative. 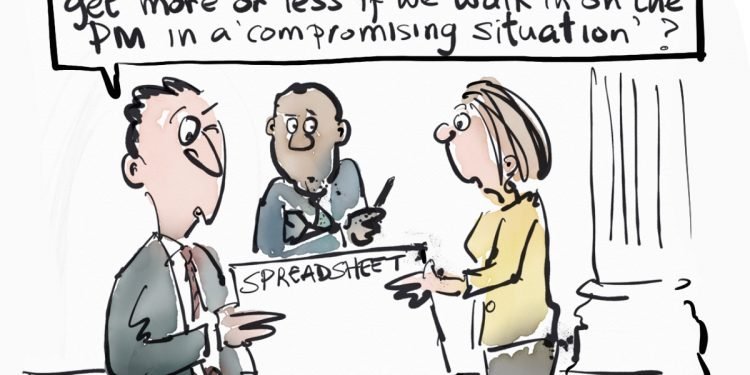 The need for candidates to support PR has been broadly reflected in the selection of prospective parliamentary candidates (PPCs) in Labour’s target seats. Whispers from those watching selections is that the current batch of PPCs are the most broadly pro-PR yet. With 80 percent of the membership in favour, it’s unsurprising that candidates are more likely to be either genuinely pro-PR, or to moderate their opinions, to be in line with the rank-and-file activists. This is clearly filtering up to senior levels.

Whatever the case, the winds are increasingly in favour of the Labour Party shifting to support PR. But only time will tell, and the hard campaigning going on within and outside of the party, whether this can happen by the next election.