Dr Stella Perrott talks to some of the "do-gooders", whom the home secretary has decided a worthy target for her attacks. 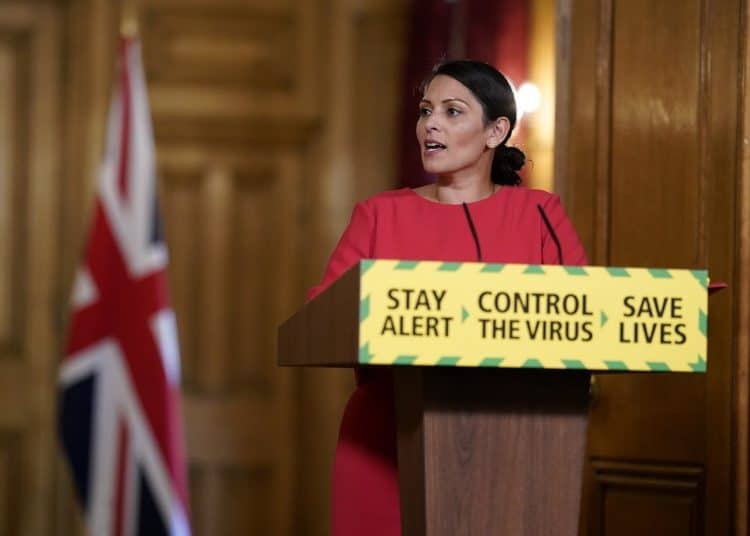 In her speech to the Conservative Party conference on 4 October, Home Secretary Priti Patel blamed the “broken” immigration system on “do-gooders and lefty lawyers”. The term was repeated later in the conference by Boris Johnson. Since then, the Home Office has waged a determined verbal attack on those helping refugees and asylum seekers.

According to the Collins dictionary, a do-gooder is a pejorative term used to describe someone doing “things which think they will help other people, although you think that they are interfering”. So, Yorkshire Bylines set out to find out what it is that volunteers are doing that has so upset the home secretary that she feels she must denigrate them.

I got in touch with a number of volunteers working with refugees across Yorkshire and asked them:

Most of those who responded have been volunteers with immigrants or refugees for a number of years. Richard started by teaching English as a foreign language in the 1990s to people from Eastern Europe following the collapse of communism, while Maggie first became involved in the 1980s while helping a woman from Bangladesh, and she had friends who had fled Zimbabwe. Other people’s involvement was more recent and brought about by the refugee crisis earlier in the 2010s. None of those I spoke with had been involved for less than five years.

Contributing to society appears to be in people’s DNA. A couple of respondents could not remember a time when this was not an important part of their life. Maggie remembers her childhood poverty in the Durham coalfields: “We were one of those people who put coats on their beds because we could not afford blankets … neighbours and communities always helped each other through the bad times”. Ruth, coming from a religious background, said, “I feel I have a responsibility to share the blessings that I have been given and to use my gifts to help others”.

For most, their involvement with refugees began gradually. Angie said, “Reading reports in the media about the way refugees coming to this country were being treated made me want to do more than just object on social media. I sent money to some of the good causes and that didn’t seem enough”. Her involvement developed through local action and as her experience, grew she took on more responsibilities and became a trustee of a voluntary organisation managing other volunteers.

In some cases, the motivation to volunteer with refugees was pragmatic. They had skills that refugees needed. The unpaid work that these volunteers undertake ranges from shifting furniture and bags of clothing, to managing whole programmes of activities, budgets and other volunteers – though ‘washing up’ was the most frequently mentioned task.

Volunteers undertake tasks necessary for survival, such as the provision of food, clothing, household goods and money. This requires them to fundraise, collect donations, and sort and deliver goods and food. Many of those who need help have no access to public funds and are forbidden to work – they are therefore destitute and totally reliant on the help of charities and volunteers.

Support activities include running drop-in centres, communal eating and gathering, art and creative activities, form-filling, talking to health or education services, advocating or being an intermediary, befriending, being the ‘next of kin’, attending college open evenings and events as a parent might, giving lifts, organising days out or other fun or creative activities.

Some professional services are provided directly to refugees and asylum seekers by volunteers, such as legal advice, English language tuition and technical computer support. Others are provided indirectly through the management of voluntary organisations, including treasury roles, running social media accounts, the provision of information about refugees to MPs and the wider public, and holding the government to account through campaigning and other activities.

Volunteers do not pry into the circumstances of refugees. They only seek the minimum amount of information that is necessary in order to help them. Nonetheless, some refugees and asylum seekers do tell their stories or talk about their previous lives ‘back home’. Many of the accounts, particularly those of being tortured or witnessing torture, violence against children, or the killing of family members are harrowing for volunteers and few have a background in dealing with trauma. The volunteers, themselves, also need support and care.

Political discussions rarely take place amongst volunteers and it seems to be a subject they steer clear of; deliberately so, in many cases. “Don’t let’s go there” is a well-worn phrase, as discussion veers towards matters considered to be political. Many organisations are explicitly non-party political.

Most of those I spoke with se themselves as in the ‘centre’ politically – albeit a social democratic, Green or Labour leaning, rather than Conservative centre – and it is unlikely that those on the hard right would wish to support refugees. Two people in particular mentioned that they had been no less critical of immigration and asylum policies when Labour was in power.

Regardless of their politics, the volunteers are politically aware and keep up to date with the news. They are sympathetic to the challenges governments face: “governments have to do a lot of balancing between national interest, wealth creation and humanity”. Others spoke highly of the support Syrian refugees had received from the Refugee Council, funded by the government.

In their responses to me, volunteers were critical of the government’s mean-spirited, “inhumane”, approach to refugees and asylum seekers, but none expected the government to resolve all the problems. They feel there is a role for voluntary and citizen effort. Marion said, “The neighbours of A are mostly respectful and quiet but two have interacted a lot and lent things and given help. It really is up to the host nation to enable things” and Angie said, when asked about what would happen if she did not volunteer, “I would feel I wasn’t contributing to making the UK a decent place”.

These volunteers do conform to a stereotype of “do-gooder” in that they are financially secure, from professional backgrounds and have time to volunteer. They are middle aged or retired, well educated, well-travelled and interested in other cultures and nationalities. Retirement and children leaving home has enabled them to give more time to volunteering although, in some cases, more advanced years have led to a reduction.

Each person had been or was involved in other forms of volunteering, whether it was running food banks, being a volunteer bus driver, supporting peace in the Balkans, fostering children, supporting church or local community organisations, running village halls and choirs or involvement in other voluntary groups related to disability, bereavement, health, children or animal welfare. These volunteers are the back-bone of our local communities, without whom many local services would simply not exist and, normally, a Conservative government would be full of praise for their activities.

As they’ve learned more, through necessity, about how the asylum system works and as they come into more contact with refugees, these volunteers have become increasingly angry with how the government has responded to the refugee crisis. Reading the hostile tone in a Home Office letter, seeing families housed in rat-infested accommodation, or supporting a young man refused leave to remain when reaching 18, influences how volunteers see and understand the system and their role within it.

What may have started as a humanitarian impulse may lead to activism on behalf of refugees. Many have also become experts through necessity, acting as pro-bono lawyers or ‘McKenzie’s Friends’ (unpaid supporters in courts and tribunals) and they now know the immigration system almost as well as those who work in it.

Volunteers may have started out armed only with naïve optimism and a humanitarian impulse, but their social capital, commitment and learned expertise mean they form a formidable challenge to the government’s hostile and inhumane immigration and asylum policies. No wonder Patel feels she must denigrate and undermine do-gooders but, in doing so, she is attacking the very heart of British society and values.