Irish consulate to open in the North of England

New Irish Consulate General planned to open in the North of England next year, to strengthen the UK-Irish relationship. 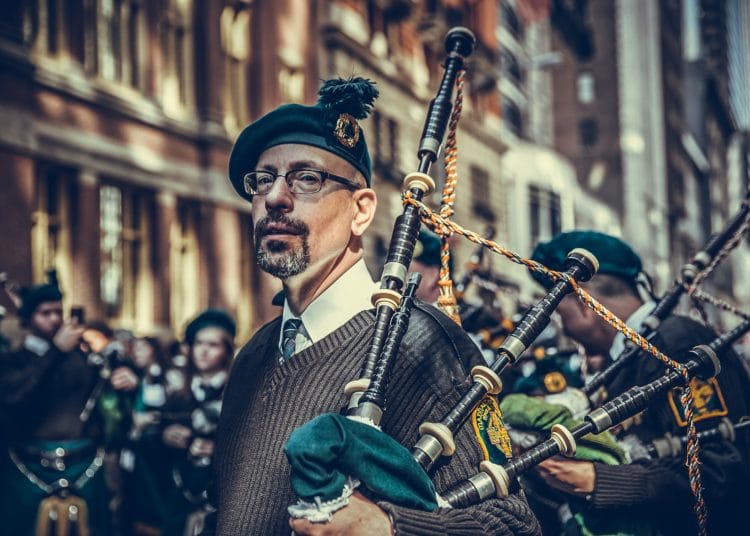 photo by Jimmy Cohen on Unsplash

Irish minister for foreign affairs, Simon Coveney, announced the plan on 16 November 2020, ahead of a virtual meeting with the mayors of Greater Manchester and Liverpool City Region.

Areas covered by the consulate will include the North West, the North East and Yorkshire and the Humber. It will report to the ambassador of Ireland in London, Adrian O’Neill, and will fulfil one of the programme for government’s commitments to develop Irish-British relations.

The new consulate will be one of four Irish diplomatic offices in the UK, alongside the consulates general based in Edinburgh and Cardiff, and the Embassy of Ireland in London.

Speaking ahead of his virtual meeting with mayors Andy Burnham and Steve Rotheram, Simon Coveny said the plans signalled Ireland’s commitment to the Irish-British relationship.

“When opened, this new consulate general at the heart of the North of England will upgrade our capacity to advance our commercial interests and our cultural and people-to-people links”, he said.

“Enhancing our collaboration with regional and local government in Britain will be a big part of our work to deepen Irish-British links. We look forward to a valuable exchange with mayors Burnham and Rotheram today, who between them represent areas with a combined population of 4.3 million people and with deep historic links to Ireland”.

In 2017, it was estimated that three quarters of Liverpool’s population was of Irish descent. Similarly, Manchester has the second largest Irish diaspora population in Britain. The deep historic links between England’s northern region and Ireland were highlighted by all parties involved; but it is no doubt that this planned consulate will be economically beneficial to all involved as well.

The plan is in line with commitments from ‘Global Ireland – Ireland’s Global Footprint to 2025’, published in 2018. The document outlines plans for the expansion of Ireland’s official footprint abroad, and reiterates its determination to be an equal and important member of the EU.

Ireland has made efforts in recent times to devolve their powers out of England’s capital: the reopening of the Cardiff consulate and the plans for a North England counterpart will boost their opportunities for trade both in the UK and beyond it. That, alongside the Enterprise Ireland base in Manchester, increases the prospects of Irish businesses hoping to trade with and within the UK.

Chief executive of Enterprise Ireland, Julie Sinnamon, welcomed the announcement of the new consulate general in the north, and said the region was a dynamic business centre.

“In the North West of England there are particularly strong opportunities in infrastructure, housing, clean energy and transport, healthcare and manufacturing,” said Sinnamon. “While Brexit introduces challenges and complexity to the market, the UK will continue to be an important and attractive market for Irish enterprise.”

Sinnamon added that last year Enterprise’s client companies had the highest-ever recorded exports to the UK, and overall grew by 2 percent to €7.9bn. The company was given €3 million in funding last year as part of the Global Ireland strategy.

As well as the meeting with Coveny, the mayors met with Leo Varadkar, Ireland’s Tánaiste (deputy prime minister) and minister for enterprise, trade and employment. The British minister for exports at the Department of International Trade, Graham Stuart, was also present at the meeting.

Mayor of Greater Manchester, Andy Burnham, said, “Ireland is one of Greater Manchester’s most important markets, with year-on-year growth in exports, while a whole host of Irish companies have invested in our city region. Many of us here trace our roots back across the Irish Sea, and in normal times Ireland is amongst our biggest tourism destinations.”

“The historical, cultural and trade links between the Liverpool City Region and Ireland are deep and long-standing, and we are determined to build on them as we enter a post-Brexit world. As a western facing port our city region is of crucial strategic importance to the UK’s future trade policy. There is no better demonstration of this than today’s commitment to forge even deeper ties with our nearest neighbours.”

Leo Varadkar said they were committed to strengthening the existing ties and growing new partnerships, in areas including infrastructure, housing, and healthcare. The meeting ended with an to stay in touch to address future challenges posed by Brexit and Covid-19.

Of note, perhaps, is that both northern cities voted to remain in the EU in the 2016 referendum: Liverpool at 58.2 percent majority and Manchester at 60.4 percent. This suggests a keen interest in keeping ties with the EU and its countries, which may have been a factor in deciding a location for this consulate.

The Liverpool City Region does £430m total trade with Ireland, which is the 8th highest of all of their trading partners. More than 650 Liverpool businesses export to Ireland. The value of trade between Greater Manchester and Ireland in 2019 was £916m. Some £680m of goods were exported to Ireland, and £236m was imported.

The North East, North West and Yorkshire and the Humber had a population of 15.43 million in 2018, and a combined GDP of more than £410bn. This puts the North of England on par economically with EU countries like Austria, and with a larger economy than Ireland at €35bn.

Once the UK leaves the EU at the end of this year, there will not only be a sea border between Ireland and the UK, but a whole insulating country between Ireland and the rest of Europe. This will make Ireland-EU trade more costly and time-consuming. Now is the perfect time for them to move in where other EU businesses moved out, and consolidate their importance in the UK economy.

Sally grew up in North Yorkshire with a love of writing and radio. After completing a journalism degree in Ireland, she developed a passion for political journalism and hopes to pursue a career in digital or print journalism.