Munira Mirza, who denies the existence of institutional racism, was selected to head up the commission. 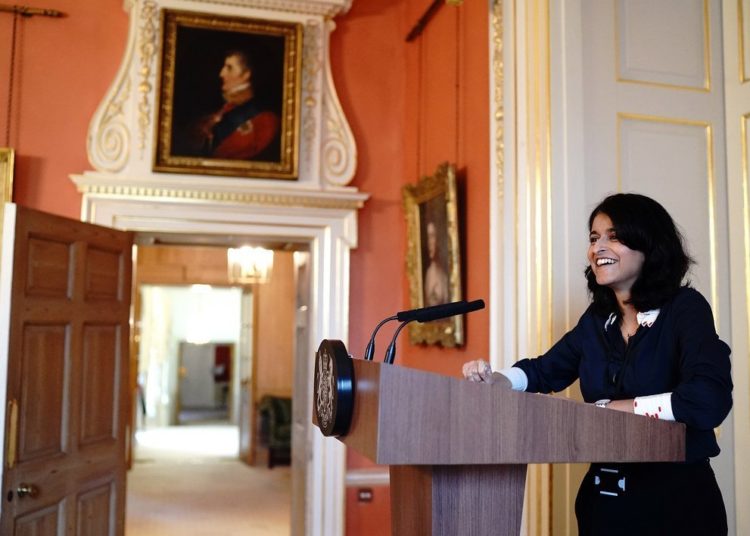 George Floyd’s death highlighted racial inequality, with a global outpouring of emotion against racism. Here in the UK, many pretended that racism wasn’t an issue. But racism is deeply embedded in the fabric of our society – in institutions like government departments and in some companies. And, just to rub salt in the wounds, our prime minister chose an institutional-racism denier to lead a government commission on racial inequalities.

Of course, the UK has a lot going for it, in terms of the Equality Act, Race Relations Act, Disability Discrimination Act, and protection of LGBTQ+ rights. But as a British woman of colour who is proud of the UK, I’m saddened by the institutional racism that persists. The actions of many government departments remain unchecked, while this pandemic of racism is allowed to spread.

The Department for Work and Pensions (DWP) paid £400,000 to a former employee, in compensation for their racist and ageist treatment of them. How can this be right? What message does this send to the general public if a government department can’t respect race and age, and demonises and discredits one of its own staff who had asked for support regarding racism?

If the government is unable to root out racism in one of its own departments – why create yet another government commission on racial inequalities? Is it just another tick-box exercise? Why not get its own house in order and lead by example?

The appointment of Munira Mirza should concern us all. David Lammy MP led a review of the treatment of black, Asian and minority ethnic groups in the justice system for the Tory government under David Cameron and Theresa May. His report had cross-party support. In 2017, Mirza wrote a piece criticising the report saying,  “Certainly there is a historic legacy here from previous decades, but it is equally possible that the current accusations of institutional racism by lobbyists and activists – a perception more than a reality – are behind the further corrosion of public trust”.

In a tweet on the subject of Mirza’s appointment, David Lammy said, “This further undermines @BorisJohnson’s race commission. My review was welcomed by all parties: Corbyn, Cameron and May. But Munira Mirza went out of her way to attack it.”

How can anyone who wants a solution to inequalities have confidence in her? In 2017, the Sun reported that Mirza said: “By appeasing the anti-racism lobby and affirming its culture of grievance, public institutions and business leaders are not making Britain a fairer place but harming the very people they aspire to help”.

So Munira Mirza is dismissive even of people’s own lived experience of racism .

The Windrush, Caribbean, victims came to the UK to rebuild it after the second world war. They came as Commonwealth citizens, which at that time was effectively the same as British citizenship. But legal changes in the 1960s and 1970s weakened this status, especially for the children of the first Windrush generation. However, it was not clear to most people that they actually needed to (re)apply for British citizenship, and this was not pointed out to them. There was a latent racism behind some of the laws passed, and a deafening silence around the implications of the changes enacted.

As a result, later, many found that they were to be deported or would spend years fighting for their right to remain. At the time of the Windrush scandal, the Home Office was alleged to have said: ‘select the low-hanging fruit for deportation’. Of course, the home secretary at the time, Amber Rudd, denied it, but she later resigned. And the government press office reported that Caribbean people hadn’t complained. However, the Windrush generation did complain. They went to the media, and the story of the government’s dreadful treatment of people who had given their lives and taxes to the UK eventually unfolded.

On this shameful scandal, Mirza wrote in a blog post that “the real lesson is not one of racism, as in the deliberate targeting of ethnic minority groups. Rather it is that the process of immigration enforcement needs to be improved.” I don’t believe the Windrush victims and their families would share her view.

This all matters. If you have a lead person for a race commission whose attitude towards institutional racism is ‘I don’t believe in it’, how can a commission directed by such a person be fit for purpose? It can’t. Another talking shop is just a waste of resources and brings about no real change. And in parallel, the government should be tackling the attitudes of staff towards race in key ministries.

And yet, following public criticism that action – not yet another review following upon Lammy’s review – was needed, Johnson simply defended his decision to create a new commission.

The PM himself faced a backlash for saying that he wanted to stop the “sense of” racial victimisation and discrimination – as if it wasn’t a reality. Later, he did acknowledge that racism “unquestionably” existed in the UK. But only after he was criticised.

This was his opportunity to put in place a review that reflects the lived experience of victims of racism, and to find solutions for people of colour who are proud to be British and  are UK citizens. To dilute its potential further, Downing Street is reported to have said “the review would also examine poor educational outcomes for white working-class boys. The new commission will report directly to Johnson and also be overseen by equalities minister Kemi Badenoch.”

Badenoch, a Nigerian married to an Englishman, had bizarrely warned that teaching schoolchildren about “white privilege” during Black History Month  would be illegal,  though apparently nobody had proposed to do so. The same issues are implicit in the strongly negative reaction of some National Trust members to proposals to explain that the families who built some of Britain’s best-known stately homes derived much of the capital to do so from slave run sugar plantations in the Caribbean.

There is a desperate need for a grown-up conversation about race and inequalities in the UK and  their historical origins. It is an issue that has been swept under the carpet for too long. But it seems unlikely that Munira Mirza’s commission, reporting to Johnson and overseen by Badenoch, will do more than kick the can down the road.

However, maybe yesterday’s launch of a critical report from the Equality and Human Rights Commission (EHRC) will have more leverage in   one specific area. A Home Office spokesperson said: “This report highlights important  areas for improvement by the Home Office, so that we apply a more rigorous approach to policymaking, increase openness to scrutiny, and create a more inclusive workforce  We are working closely with the EHRC on an action plan designed to ensure that we never make similar mistakes in the future”.

Dawn-Maria is an accomplished award-winning journalist, broadcaster and travel writer who is passionate about children’s rights, women’s rights, equality and diversity. She has written a Yorkshire-inspired children’s picture-book series (The adventures of Jenny and Philip), which features a self-assured and confident Yorkshire little girl and her best friend Philip a talking cat.

Dawn-Maria is an accomplished award-winning journalist, broadcaster and travel writer who is passionate about children's rights, women's rights, equality and diversity. She has written a Yorkshire-inspired children’s picture-book series (The adventures of Jenny and Philip), which features a self-assured and confident Yorkshire little girl and her best friend Philip a talking cat.