Covid contracts cost the government hundreds of millions of pounds. Will they get a refund for the poor PPE they were provided? 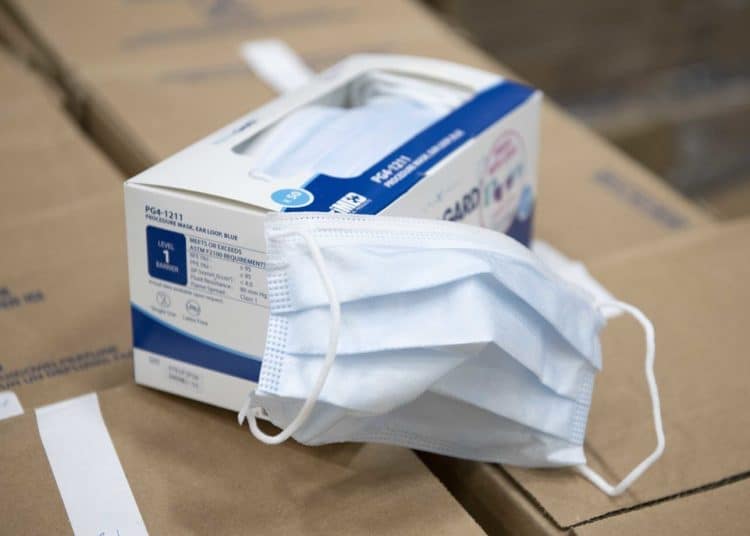 "Supplies headed to provinces in need" by Alberta Newsroom is licensed under CC BY-NC-ND 2.0

In early spring 2020, the government was forced to admit that their stockpiles of PPE were woefully inadequate. Each night, the TV news showed an army of nurses, doctors and care staff fighting a deadly enemy without the kit needed to protect themselves.

Newspaper storeys of exhausted staff improvising protective gear out of aprons and ski goggles appeared alongside photos of their colleagues wearing scrubs donated by sowing circles.

Meanwhile, the health secretary was reduced to authorising the use of pre-worn gowns. Our health workers were on the frontline of a desperate battle and some of them were wearing armour made from bin bags.

Hancock was later to whinge that he couldn’t “wave a magic wand and have PPE fall from the sky”, but he didn’t need conjuring tricks, he just needed to do his job.

Britain’s poor preparation for the pandemic

Three years earlier, Exercise Cygnus had exposed the weakness of Britain’s pandemic planning. Acting on it’s terrifying and initially secret conclusions would have given health workers, including the 850 who died fighting Covid, the protection they needed.

It would also have saved the country a fortune. In 2020/21, the government spent £15bn on PPE  that could have been purchased six-times cheaper before the crisis, a saving of £12.5bn, no magic wand needed!

In late March 2020, the government invited tenders for PPE. If the penny had finally dropped then, it was about to be followed by a cascade of cash flowing from the public purse to private pockets. The system that was set up was so flawed that the public accounts committee condemned it for wasting hundreds of millions of pounds on supplies that couldn’t be used.

I’ve been contacting some of the firms involved in that waste and asking for our money back. Many share very similar backstories, including having no experience of delivering PPE. Several had apparently been wished into existence simply to join the contract gravy train.

More than one had no website or contact details, while links to Tory MPs and government donors appear too numerous to be coincidental. There is also a proliferation of those lazy, portmanteau names that PR companies think are on trend.

The first company I reached ticked a lot of those boxes. PPE Medpro (see what I mean!) was created by an ex-secretary to a Conservative peer just a month before being awarded a contract for £80.5m. Two weeks later, it got £122m to supply 25 million surgical gowns which have never been used.

Medpro’s registered address is a serviced block above Superdrug in Holborn. You can rent a virtual office there for just £49 a month. Sadly, this prudent approach to expenditure doesn’t translate to their handling of taxpayers’ money.

I requested a refund for the gowns under the Consumer Rights Act (2015). I pointed out that the money they had pocketed effectively wiped out Captain Tom’s fundraising four times over, but they remained unmoved.

I got a similar response from SAIGER LLC, another brand-new company with no website. They were responsible for £36m worth of rejected masks and 10.2 million useless gowns. The owner’s usual business sells jewellery and guarantees a full refund for defective items.

However, when I asked them to return our £106.5m, they weren’t keen. I did get a 10 percent discount code for signing up to their newsletter, perhaps I should pass it on to Matt Hancock.

Both PPE Medpro and Saiger LLC have stated that they fulfilled the government contracts correctly.

Pestfix and their £168m covid contract

I was more hopeful approaching Pestfix, a family owned, pest-control company who also offered a full refund for faulty goods.

They were given a whopping £168m to supply masks. When more than one-in-20 proved defective, they promised to work with “government and the manufacturer to ensure the best possible outcome for taxpayers”. So, I asked how they were getting on, how much of what should be a £10.06m refund could we expect?

Prior to the crisis, Pestfix’s bank balance wouldn’t have covered the cost of a new company van, so it’s surprising to discover they now employ Willem Communications, “a politically engaged communications agency”, to field tricky questions. A spokesperson wouldn’t discuss refunds due to “ongoing commercial contracts” and when I suggested the ethical course of action was to hand the money back, they stopped talking altogether.

Ayanda Capital were more open. They were responsible for 50 million masks which the government declared had the wrong fittings. Their spokesperson told me a refund was “not under consideration” and that “there is simply no case for returning any money”. He insisted the company was bemused by the government’s attitude as they had “never told us anything is wrong with the masks” and had “never asked for any money back”.

Indeed, the Department of Health and Social Care seems strangely disinterested in ensuring the maximum bang for our buck. An approach reflected in the oft-repeated explanation for employing inexperienced and dangerous firms can be summed up as: “It was a crisis. We had to take unusual steps.”

This is a perplexing strategy. In an emergency you need an expert. If your bathroom is leaking you call a plumber with a good reputation, not some bloke who knows where to buy a spanner.

At the start of the crisis, major UK based suppliers of PPE were ready to help. Companies like ARCO, the UK’s leading supplier with 135 years’ experience and the ability ensure the safety of products in their own laboratory.

But the government ignored them preferring to employ a menagerie of inexperienced firms exemplified by and a property developer given a £9.6m contract who admitted he “didn’t really know what PPE was”. This approach meant that orders went unfilled while stock was supplied that would have increased the risks to wearers if it had ever been used.

Many of these companies were no more than glorified middlemen, paid millions to phone Shanghai or Istanbul.

The government were overcharged by PPE suppliers

I wanted to see just what expertise Ayanda and co brought to the PPE party. So, I put the kettle on, set up an account on a Chinese business to business site and requested quotes for serious amounts of masks and gowns. I included photos of the exact items I wanted and was finished before my coffee got cold. Within hours I’d received dozens of offers and they kept coming.

Many quotes were alarmingly lower than the prices mentioned in government contracts, all came with assurances of quality that I couldn’t verify. I had potentially become an importer of PPE without leaving my sofa.

So, I’ve tried and failed to get refunds totalling £388m. My next job is to find out what the government are doing to get it back.

In the meantime, does anyone want to buy a few million dodgy face masks?