I find myself lamenting the fate of dynamic Donald taken from us in his prime, brutally cast out on the very brink of his legacy‑making. 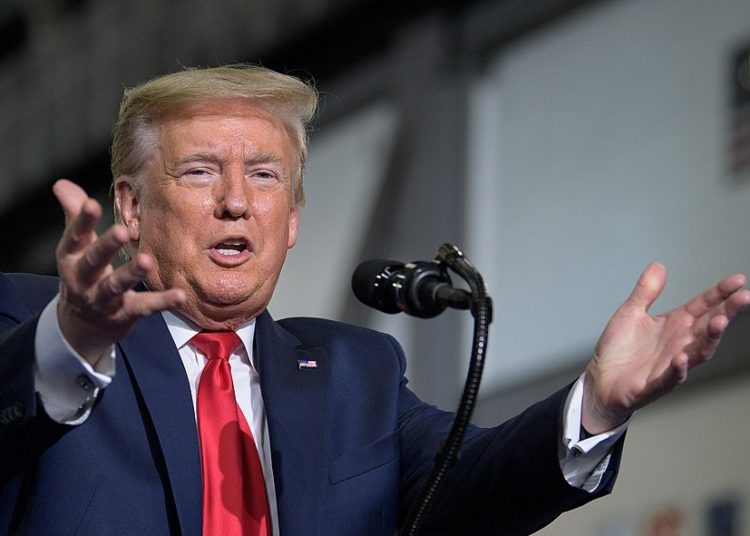 We like to think the best of men, especially when they’re gone. Indeed, there are some people, and I confess I am one, so empathetic that had avuncular Adolf been cruelly impaled, lynched, poisoned or otherwise bumped off – or (perhaps even worse?) democratically removed – before fulfilling his life’s destiny of annihilating millions, and denied his human right to start the Second World War, well, silly as it sounds, we could still find a tear. Cheated of our favourite history, consider all we would have lost. Imagine the blank scripts of Anglo‑Saxon film makers, the flimsy school curricula, no medalled veterans on TV, the cranial vacuity of Churchill‑quoting politicians. No, some wounds never heal.

Thus I find myself today, as maybe you do too, lamenting the fate of dynamic Donald taken from us in his prime, brutally cast out on the very brink of his legacy‑making Civil War Part Two. That would have made a few blockbusters for Netflix. He also missed his moment to nuke China to extinction. And though I live within eyeshot of Menwith Hill USA spy base, and may have been among the lucky first to sizzle, how could one not feel gratitude for being allowed a humble role, even as an extra, even as singed molecules, in the inspired masterplan of a visionary world leader whose name would have been chronicled for millennia to come? Napoleon’s troops retreating from Moscow no doubt felt the same way. “How can men die better than by facing fearful odds, for the ashes of their fathers and the temples of their gods?” Alas, for us it seems too late.

Today, Trump-loyal prime ministers of those few nations to which he graciously vouchsafed special relationships will eulogise his character, his goodness and wisdom, kindness and humanity. But perhaps we could console ourselves by quietly reflecting on what the towering colossus meant to each of us.

How much will we miss thee, Donald? Let us count the ways:

1) Your bounteous flood of late night tweets that drove demons from our darkness. The planet may never laugh as much again. Incidentally, tweeting to yourself – who else now would read them? – is a symptom of dementia.

2) Your space-and-breath-saving vocabulary requiring only two adjectives – “good” or “bad” – whose biblical simplicity also doubled ingeniously as the only adverbs necessary. What a boon for students and children and your squealing acolytes who never learned to read or write.

3) Your charismatic amorous charms combined with gentlemanly decorum that transcended bounds of age, bewitching to young women and heartening to similar half-senile men.

4) Your lessons in astute wheeling and dealing, so much copied and admired by our temporary British government. Its éminence grise, half-hidden-hand Cummings, may have sharpened his halfwits on Think Big and Kick Ass and The Art of the Deal. (After their triumphs in doing down dumb Europe, how could they fail, following your precepts, to fleece your USA and come out on top again?)

5) Your unashamed misogyny described by some as egregious, by others as stomach‑churning and, mainly by psychiatrists, as genophobic gynophobia – a generous diagnosis you would have had to look up (as did we) – which revealed to countless women that their husbands and partners were not as male-chauvinistic as they had thought (before experiencing you).

6) Your incomparable wisdom that like a magic wand made our UK rulers seem almost rational. From Leather-Pants May to Shirt-Tail-Out Johnson (no shame if you’ve forgotten them) no wonder they flocked to hold your hand and fawn. We folks back home were all so proud. How will they cope without their only friend?

7) Your original rhetoric, which demolished spoken English into linguistic debris, enabling by comparison our Eton‑guff-garbling Number 10 incumbent, in his ears at least, to sound as eloquent as Rome’s silver-tongued Cicero. (For all his impassioned pains, the ancient world’s greatest orator had his head and hands cut off. What would they have done to our Bullingdon-club splutterer? You, dear Donald, they might have crowned the mad emperor or thrown you to the lions. Put your money on the latter.)

8) Your indomitable faith in your business acumen that got your companies successfully $400 million in debt. Think Like a Billionaire so bedazzled Sunak, our insouciant cashier, that he’s convinced he is a trillionaire. This year alone he’s resolutely upped our debt by £400 billion. It’s called here the Dunkirk spirit and everybody loves it. Possibly in your parts it’s called the spirit of Vietnam?

9) Your unabashed racism described by some as depraved, by others as calculated and, mainly by psychiatrists, as psychotic Negrophobia, yet which in a single term did more than any president since Abraham Lincoln to unite and embolden deprived black Americans to fight for their rights.

10) Your contempt for anyone and everyone not reflected in your bathroom mirror (yes, those losers of the world who did not buy your books) that helped losers understand how much saner they were than winners like you.

11) Your own embodied proof of the core-demotic nature of American democracy. If you could make the White House (no matter how briefly) then surely any infant or backwoodsman could. Here it helps to go to Eton.

12) Your noble refusal to speak ill of the departed, even when they’re dead suckers or previous presidents – an example, we trust, which the world’s media will be following today.

Ways 13 and 14 have been left blank for the convenience of any readers wishing to immortalise what they will miss most.

So goodbye forever, Mr (ex) President! Adieu! ¡Adios! Sayonara! Shalom! Good luck and Godspeed! You may need lots of both to outrun your creditors and to dodge the FBI. You could always try to hide, of course, behind your unfinished thousand-year wall.