It is now clear that the massive constitutional, economic and political importance of the Irish border issue raised by Brexit and routinely dismissed at the time, were not appreciated at the highest level of government until as late as early 2018 and arguably not until the last few weeks. 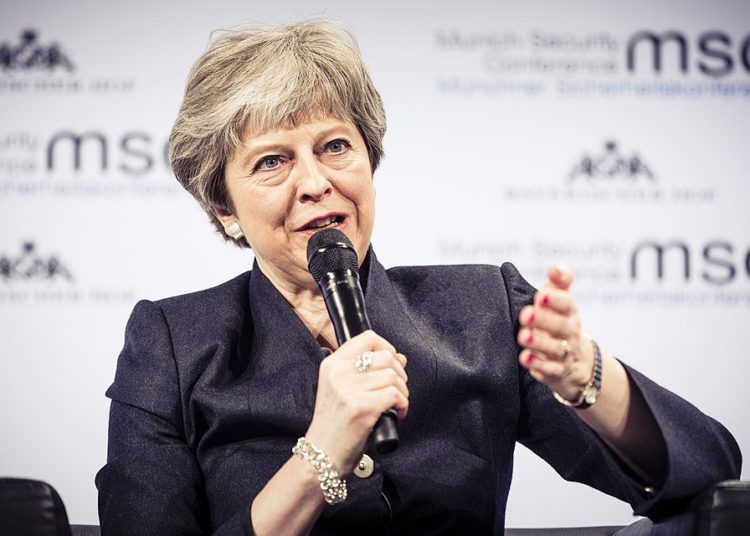 THERESA MAY: pic by Kuhlmann / MSC, CC BY 3.0 DE https://creativecommons.org/licenses/by/3.0/de/deed.en, via Wikimedia Commons

The revelation that the British government didn’t appreciate the critical importance of the Irish border problem until the end of 2017 or even later, should have the power to shock but somehow it doesn’t. During the campaign, warnings about threats to peace and stability in Ireland by former prime ministers Blair and Major along with Taoiseach Enda Kenny and former Taoiseach Bertie Ahern, were all routinely brushed aside by the leave campaigns.

Now, a series of interviews given on Brexit last year to the think tank UK in a Changing Europe (UKCE), by senior ministers and advisers, reveals the stunning levels of ignorance and complacency at the highest reaches of the UK government, which continued for months and even years after the 2016 referendum.

Collective failure to understand the implications for Northern Ireland

Theresa May’s special adviser, Denzil Davidson, described “a kind of collective failure in Government at the time properly to understand the implications for Northern Ireland”.

Joanna Penn, May’s deputy chief of staff, said the focus in late 2017 was on the divorce bill and governance of the withdrawal agreement and after that, “All we have is Northern Ireland, but that will be fine”.

At some point prior to her big set piece Lancaster House speech delivered in January 2017, during a meeting between Theresa May and her two advisers Nick Timothy and Fiona Hill, the decision to leave the single market and the customs union was made. The cabinet was not involved, and even if they had been, there was no evidence any of them were any better informed.

The massive constitutional, economic and political implications of this decision for the Irish border were not appreciated by Mrs May or her ministers and advisers until well after the die was cast.

By December 2017, a joint report had been agreed between UK and EU negotiators, including a commitment to ensuring “no new regulatory barriers” between NI and GB. The Irish border trilemma was thus born.

At that point, unwittingly, the sea border had become the only possible option, although the prime minister appeared not to realise it. When the EU’s draft withdrawal agreement was published in February 2018, it proposed a “common regulatory area” on the island of Ireland – creating in effect a sea border and keeping NI in the EU customs union – if no other solution was available; the ‘backstop’ as it became known.

May immediately ruled it out saying “no UK prime minister could ever agree” to it and yet the reverse was actually true. It was the only option that a UK prime minister could agree to – IF priority was given to the other two objectives of leaving the single market and avoiding a hard land border, which Boris Johnson eventually did.

According to former chancellor Phillip Hammond, after her October 2016 conference speech Theresa May spent the whole time “rowing back” from an extreme position. By spring 2019, the ERG and her party decided she had rowed back enough and took away the oars. Under pressure, she stood down.

Johnson and his entourage of hand-picked and committed Brexiters from the Vote Leave campaign swept into power, bringing fresh ignorance to the Irish border issue. Essentially, they went backwards two years and applied the same complacency to the border as Mrs May. It all returned to square one.

Davidson said he was not surprised that Boris Johnson agreed to the revised NI protocol because, “I knew that Northern Ireland was not a priority for him, and that he was willing to cut [the unionists] loose”.

This presupposes that the new prime minister realised the price he would have to pay for getting Brexit done was separating NI from Great Britain via a sea border. Although in his normal fashion he continued to deny there would be checks either way. As recently as 1 January this year, his NI minister Brandon Lewis claimed there was no border.

It’s only in the last weeks that the present government has reached the conclusion that May arrived at more than three years ago, that no British PM could or should have agreed to a border in the Irish Sea.

Now, as problems mount, parts of the agreed protocol are being changed unilaterally or ignored, while the DUP and the Tory Party are calling for it to be scrapped or renegotiated.

Meanwhile, it appears the EU will launch legal action today against the UK for breaking the terms of the protocol.

Anton Spisak, policy lead for trade and productivity at the Tony Blair Institute for Global Change has written a long article about Northern Ireland and the future of the protocol. He still believes this is the only solution, but it requires cool heads and a shared willingness to make it work.

Curtailing our fundamental right to protest is a threat to democracy