Jane Thomas points out that there is more at stake in these elections than just Hartlepool. The nation must also consider the repercussions in Wales and Scotland, and what it will mean for the state of the union. 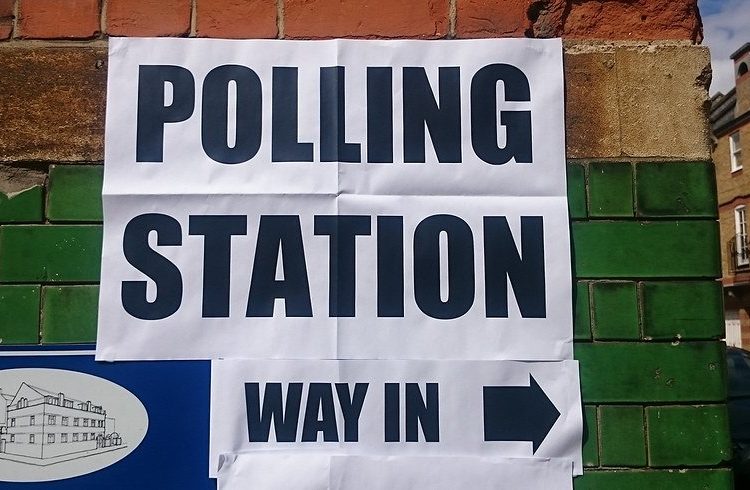 It must be hard being Keir Starmer. He appears to lead a pretty blameless personal life – still married to the same person since 2007 and living with his children. He’s not asked wealthy party donors to pay for wallpaper, or for a nanny to care for his children, and as far as I’m aware, he has never referred to people of colour as “picinnies” or suggested that women who wore the niqab looked like “letter boxes” and “bank robbers”.

Yet Starmer is finding it increasingly hard to gain any political advantage on the party whose leader is guilty of all the above, and who has defended some woeful actions of his own ministers and senior advisers. It makes you wonder if being squeaky clean is overrated, and whether the drama and colour of Johnson’s life is quietly appealing to those who’ve been staring at the same four walls for the last year.

Last week’s papers were full of Johnson’s latest faux pas, together with pictures of some eye-watering (price and design) wallpaper. But this week, the pundits and the press have been making this as much a test of Keir Starmer, as it is an assessment of the government’s record to date. Which just goes to show that a week is indeed a long time in politics.

Survation poll on the Conservative lead

So why the sudden turnaround in fortunes? Earlier this week a Survation poll, commissioned on behalf of ITV’s Good Morning Britain, showed the Conservative Party with a 17-point lead in the poll. But a report from the Guardian proved to be more revealing. The piece quoted Labour sources suggesting that just over 40 percent of previous party supporters have said they will vote for Labour again this week.

It’s interesting how much attention has been given to the Survation poll – a poll where the fieldwork was conducted 23–29 April with just 519 Hartlepool residents. It’s hardly comprehensive, but it has certainly set the tone and it’s the only poll that’s been released this week on Hartlepool.

This is a by-election and they are strange beasts. On a more cautious note for the government, the Opinium poll for the Observer  on Sunday showed the Conservative lead has fallen from 11 points to five points. And a poll from Redfield and Wilton (sample size 2,000), published 3 May, shows the Tories leading Labour by just 2 percent across the country. The government’s net competency rates at -6 percent, 4 percent lower than last week and 8 percent lower than two weeks ago.

The attention is on Hartlepool

This week, all eyes will be on Hartlepool. Pollsters can be badly upended but, in this constituency, the two parties have nowhere to go except into each other’s territory.

The leader of the opposition, Keir Starmer, must be desperately frustrated; there’s no doubt he was relying on Tory sleaze as being the game changer. The BBC political editor, Laura Kuenssberg – often criticised for her ‘softness’ on Johnson – has written of the prime minister’s “complicated relationship with truth”, drawing light to the ongoing investigations into flatgate, which could prove detrimental.

But maybe this is not cutting through in Hartlepool. After all, this is the town where the Labour candidate for mayor was easily beaten by the monkey mascot as in 2002 (who offered a pledge of free bananas for all).

So the good people of Hartlepool have form and they may still do something surprising at the ballot box – although Nick the Incredible Brick is sadly unlikely to make any headway.

The more important point is that if you’re looking at Hartlepool for results in the next few days, you’re looking in the wrong place. This is not a game changer, especially for a government with a 79-seat majority. Sadly, we don’t have a crystal ball, and we can’t forecast the future of Labour by simply analysing the results of a by-election.

Instead, Wales, and – to a lesser extent – Scotland, are the places to watch closely. In Wales, the Conservatives won six seats from Labour at the Westminster election two years ago, and it will be interesting to see how this vote holds up for the Welsh Assembly, particularly in North Wales.

A decade of Tory rule (11 years) has resulted in a lower sense of interest and understanding of politics outside England. While the Tories may have made inroads in Wales in 2019, their interest in the nation is not genuine. They understand little of the finer nuances of devolved administrations and care even less.

There has been scant attention paid to the delicate relationships necessary to keep Northern Ireland in the fold, to stop the rampant rise of Scottish nationalism, and to nurture the special relationship we have with Wales.

Personally, my interests go beyond Hartlepool, and I will be watching polling results elsewhere. Johnson’s final pitch to voters is relying heavily on the vaccine bounce, claiming: “This Conservative government continues to focus on the people’s priorities, a world-leading vaccine rollout and building back better from the pandemic.”

Vaccine rollout as a political crutch

What then when we’re all vaccinated and back to our ‘new normal’? Right now, the nation is grateful to the astonishing effectiveness and efficiency of the vaccine rollout. But the British public are notorious for having short memories, and we are nothing if not fickle.

If levelling up has not yet started to combat the serious inequalities and poverty in some of our towns and cities, then things will start to look different.

What will the state of the union look like in six months’ time?

Increasingly it appears that the Tories’ long-term strategy is to frame its politics and its policies solely in an English perspective. This inevitably leads to a ‘little Englander’ mentality for which we shall all be the poorer.

The union has been a source of tension, but we are all the richer, culturally and socially, for that union. And that’s what the nation should be watching.