The A-level results fiasco is just the tip of the educational inequality iceberg, one which extends even beyond the issue of private and grammar schools, but is nevertheless exacerbated by it. 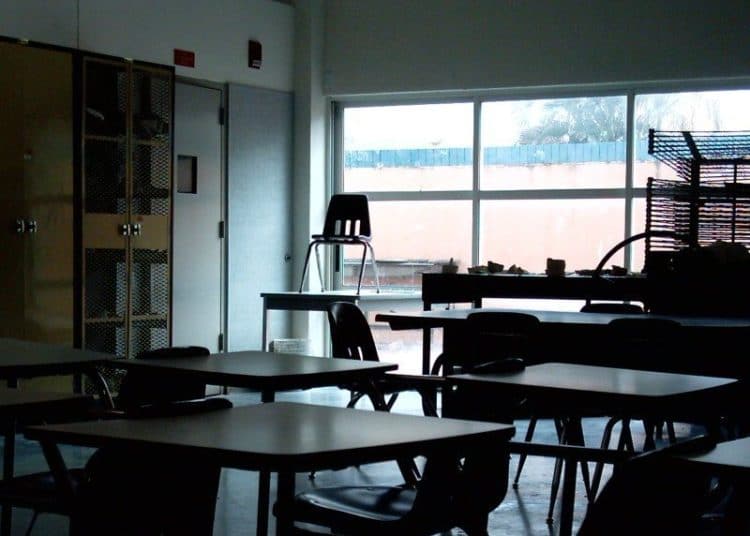 Photo by tracey gayle from FreeImages

The A-level results fiasco is just the tip of the educational inequality iceberg, one which extends even beyond the issue of private and grammar schools, but is nevertheless exacerbated by it. Underlying the broad inequalities we find in our education system is one key ingredient: socioeconomic inequality. We must now quickly learn the lesson that a country’s education system is only as fair as the wider society in which it exists.

After public outcry, student protests and even a high number of Conservative MPs coming out against it, this year’s A-level algorithm has been abandoned and students have instead been given their predicted grades. The algorithm had boosted the grades of private school students more than pupils from any other type of school in the country, leading to calls that it was unfair. But isn’t this essentially the model of the private school system anyway?

A recent Yorkshire Bylines article by Marc Limon highlighted that if we are to be consistent with our outrage at unfairness in the British school system then we should turn our focus on to the issue of private schools. Our private and grammar school systems are so effective at creating educational disparities between different classes because the system exists within a society of such vast class disparities. In other words, stratified school systems only provide more official and effective channels for an inequality which already exists.

If we were to create a schooling system that was uniform and free at the point of access for all children, where everyone went to a state primary and secondary school, we would still find ourselves in a position where the socioeconomic background of a student dictates not only the grades they will achieve, but the level of education they will reach, and the likely income they will attain as adults. Inequality is the main driver of educational outcome disparity; private schools and the like only streamline the process.

The word “dictate” may seem a bit heavy and limiting in this context, as if I am trying to box people in by their circumstances of birth. After all, we each know stories of people from low-income backgrounds excelling at school and making it into Russell Group universities, so it’s not as if these pupils are destined to fail in the schooling system. There is however a reason why the stories of working class and disadvantaged pupils making it into universities such Oxford and Cambridge stick with us – because they are relatively rare.

It’s clearly possible to succeed at school and get into top universities no matter what your background. However, is it really productive for us to carry on coming to the defence of a system like this? While a tiny portion of poorer students succeed, the odds are so stacked against them that surely we do more harm than good by continuing to peddle the idea that the chances people have are anything but obscenely unfair. This is what the data tells us, so should what we base policy on.

By only highlighting those who managed to fight against the odds, we ignore the overwhelming majority of poorer children whose futures are taken away from them before they really had a chance to do anything about it. Understanding how your background might limit you can be extremely important in understanding your own personal growth within the constraints society has placed on you. For example, it might stop you comparing yourself to much wealthier students in better schools, who have had an unfair advantage over you; in turn, this can help boost self-confidence.

Not talking about the reality of the problem doesn’t make it magically disappear. This is something we’ve heard recently when it comes to the debate on racism. Some argue that pointing out systemic racism only limits the potential of people of colour in this country, but this isn’t true – it is the inequalities within our educational, political and societal systems that truly limit people’s potential. Put very simply, it is the trend, and not the bucking of the trend that should disturb us in terms of educational inequality.

A report by UNICEF, titled An Unfair Start, states that the “family circumstances [of a child], such as wealth and parental education, and parental actions, such as reading to their child or funding extra tuition, influence a child’s educational development”. The report continues by saying, “everything else being equal, children aged 15 with parents in high-status jobs are much more likely to expect to continue into higher education than those with parents in low status jobs”.

According to UNICEF, the UK ranks 16th in terms of educational inequality during secondary school and 23rd in inequalities during primary school. This fits the overall trend that the more economically unequal a wealthy nation is, the higher the inequality amongst educational outcomes. The reverse is also true, with the report stating that, “Countries with higher average achievement tend to have lower levels of inequality in children’s reading scores. Bringing the worst performing students up does not mean pulling the best-performing students down.”

Schooling systems that facilitate educational inequalities – such as fee-paying for better opportunities for wealthier families, or by selective testing at young ages where poorer students are likely to be a couple years behind in terms of educational development than their wealthier peers – are all ways of exacerbating an already grim situation. However even in countries without these systems, educational inequality remains, and that’s because the underlying issue cannot be tackled by changing the schooling systems alone.

Worse still, is that inequality compounds across generations. A study recently carried out by the University of Manchester found that in the UK, “grandparental class is significantly associated with grandchildren’s educational achievement”. In other words, the statistically correlation is so significant, that pupils’ educational outcomes can be accurately predicted by simply looking at the socioeconomic position of their grandparents.

It is obvious that we must look beyond the education system itself if we are to fix the true causes of unfairness and inequality in educational and career inequalities. We must not continue to think of school as some kind of opportunity funnel, into which everyone goes as equals; in this same sense, we can’t hope that schools alone will be able to be the great equaliser we want them to be. Education is incredibly important for societal and individual growth, and it does help to an extent in equalising opportunity, but it is not the silver bullet.

As long as there are vast inequalities in the economic environments into which children are born, we will see vast and compounding inequalities in educational and career outcomes within different classes in society. Therefore if our concern with educational equality is sincere, we must begin to tackle it at its roots, and for many of us that will involve giving up privileges we have thus far enjoyed. Perhaps we like to pretend that our education system is a place of equal opportunity because it makes us feel better about these vastly unfair societal inequalities. We hate to face the fact that those who fail in the system do so often because the odds were always stacked against them. But by ignoring the reality of the situation, we fail to meet the virtues we hold so highly such as fairness, equality and meritocracy, and we fail so many children out there by robbing them of their potential.