The public has had enough and the Conservative Party's days in government are numbered. They seem to be the only ones not to know it 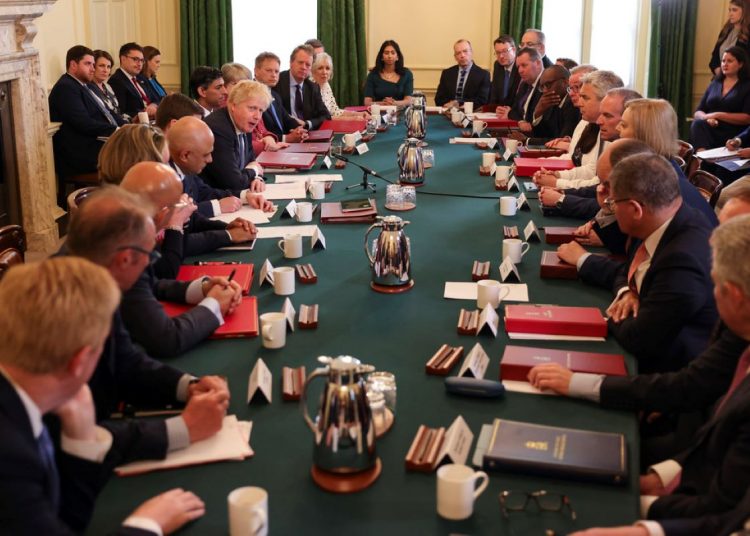 Following the loss of two Conservative seats in last week’s by-elections, it was perhaps inevitable that government ministers would be looking for excuses, and someone else to blame, for their losses. The prime minister, rather than hiding in a fridge, was this time hiding in Rwanda. So, the misplaced justifications and recriminations were left largely to others. Minus Oliver Dowden, of course, who resigned as chair of the Conservative Party as a direct result of the by-election outcome.

Deputy PM, Dominic Raab, blamed the “distraction” of partygate, but also pointed the finger at their own supporters. Of Tiverton and Honiton – a formerly (very) safe Tory seat – Raab said, “the most striking thing is how many of our supporters didn’t come out to vote”. Clearly, it did not occur to Raab that those ‘supporters’ may not be considered ‘theirs’ any longer.

Former Brexit Negotiator and Cabinet minister David Frost admitted the results were “terrible” for the Tories, but claimed these were not ‘normal’ mid-term by-elections. Like Raab, he blamed those that voted Tory in 2019 for “refusing to come out and do so again”. Tory voters, he said, did not switch to other parties, they “mostly stayed at home”. Just as they might at the next general election.

Conservative Party: not our fault

Failure to take any responsibility, and to apportion blame elsewhere, is nothing new to this government. Whether it’s Brexit, Covid, the cost-of-living crisis, strike action, NHS waiting lists or any number of other issues this government has failed to deal with, the fault always lies elsewhere.

The targets for blame have included people who voted remain, leftie lawyers, the EU, the British public, and of course, the opposition. Despite the Labour Party not having been in power since 2010, they are frequently blamed – not least by the PM himself – for current government failures. Over 12 years in power is, it seems, not long enough to make any necessary changes. 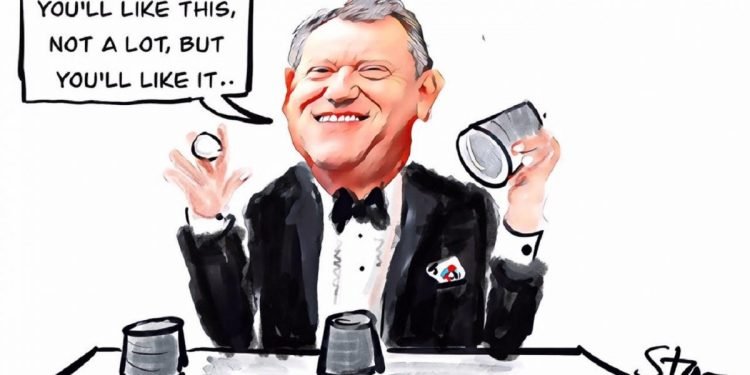 Attorney General Suella Braverman blamed the “disappointing” by-election results on a “dishonest electoral pact between the LibDems and Labour”. That’s despite the fact that both parties stood candidates in both seats.

One rule for Conservatives, another for everyone else

But the main criticism levelled at the attorney general over her by-election results comments was one of hypocrisy. The partygate scandal was seen by the British public as clear evidence of the government’s disdain for following their own rules. The many references to the scandal, raised on the doorsteps of Wakefield and Tiverton, showed that the public have neither forgotten nor forgiven.

That hypocrisy was emphasised by Braverman’s reaction, and that fact that she regarded the supposed Labour/LibDem pact as “more worrying”. Yet the Conservative Party have form themselves when it comes to electoral pacts. And on a much greater scale than anything the opposition parties have ever done, or even seriously considered.

In 2017, the government was in discussions with UKIP ahead of the general election. Not to mention the expensive deal Theresa May did with the DUP. By the 2019 election, those discussions went even further, this time with the Brexit Party, who agreed to stand down candidates in 317 seats, in order to prevent the right-wing Brexit-supporting vote from being split between the two parties. As a result, Boris Johnson secured a huge 80-seat majority.

Not only were successive Tory governments seemingly in favour of electoral pacts, but the Daily Mail was actively promoting the idea of tactical voting. But of course, as with everything else, it’s only ok when the government does it, not when anyone else does.

Tarred by the Johnson brush

The by-election losses may prove to be the final nail in Johnson’s coffin. As the 1922 Committee debates changing the rules to allow another no-confidence vote in the prime minister, Tory ministers have some serious thinking to do. The Cabinet have consistently supported government policies, and Johnson himself, at every turn. Many are so tarred by Johnson’s brush that when he sinks, so will they.

Dowden’s resignation was apparently an unpleasant surprise to Johnson. Dowden was certainly, until last week, one of the most Johnson’s most loyal defenders. Other ministers, especially those with an eye on Number 10, will presumably follow suit if they wish to salvage any credibility. But they may have left it too late.

The Conservative Party’s days in government are numbered. They seem to be the only ones not to know it.