Martin Brooks writes about the importance of the Scottish elections. Scottish independence would reduce the pro-EU energy in Westminster, and if they were to rejoin the EU, the likelihood of the UK joining would be reduced. 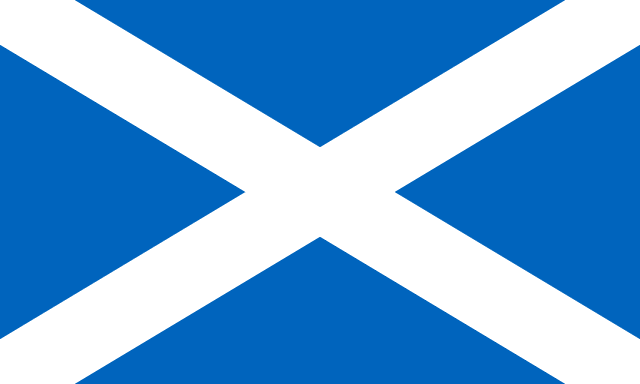 The results of Scotland’s elections could be momentous for the future of the UK. But the expected outcome presents a particular conundrum for many pro-EU supporters in England, Wales and Northern Ireland.

Outside of Scotland, pro-EU voters have tended to quietly cheer on Nicola Sturgeon for being one of the most principled, respected politicians in the UK. More importantly, she shares an ambition that many hold – which is to rejoin the EU one day. If in the process of achieving her aim for Scotland she can give Boris Johnson a poke in the eye, what’s not to like?

A measured response to that question is, ‘Be clear what this could mean for the residue of UK’.

A foreseeable path to Scottish independence

If Scottish voters elect a majority of pro-independence MSPs in Holyrood today, the SNP (together with the Greens, who also support independence) would claim a mandate for a referendum. There’s every chance that Johnson, or his replacement, would concede their right to hold one. A well-argued case could see Scotland vote for independence and after a few years rejoin the EU.

The Scottish independence referendum of September 2014 resulted in a 55.3 percent ‘no’ vote, and a 44.7 percent ‘yes’ vote. Earlier that year, polling suggested the ‘no’ vote held an even more comfortable lead of 18 percent, with a similar number undecided. Yet a week before voting day, the ‘no’ margin was in low single figures, prompting panic amongst pro-UK unionists that ‘yes’ might win.

Since that time, independence voting intentions have fluctuated, with ‘yes’ taking the lead for the best part of the last 12 months as our countries’ leaders have navigated their way through the pandemic. More recently, the advantage has swung back to ‘no’, but that gap could once again be eroded, for no other reason than an increasing aversion to Boris Johnson’s Tories.

Legal experts warn that the route to another Scottish independence referendum would be challenging. And the EU has been cautious about giving Scotland public assurances on future EU membership. This might explain the hesitation of some SNP voters to commit to a vote for independence. But, as Harold Wilson once said, “A week is a long time in politics” … in the next  year or two anything could happen and reservations on all sides could quickly change.

So, could we one day be saying three cheers for Scotland as they show the Tories what ‘taking back control’ means north of the border? Many in England would wish to emulate that outcome. Yet here’s the rub.

The effect on the residue of the UK

What would Scotland’s independence mean for the distribution of seats in a Westminster representing the former United Kingdom? After 15 months of quite possibly the most inept, corrupt and self-serving government in years, many voters in England seem content to keep voting for it.

The Conservative Party currently enjoys an 80-seat majority, which they won in 2019 with just 47 percent of the vote, under the current constituency boundaries. New boundaries are proposed to be in place before the 2024 general election, which would give them a further ten-seat majority. Based on the current make-up of the Scottish MPs in Westminster, they would gain an additional 30-seat increase in their majority if Scottish MPs were no longer serving in Westminster.

That adds up to a considerable 120-seat majority, which is a formidable target to overturn, even for a broad coalition of opposition parties, never mind the Labour Party doing it alone.

On top of this, Scottish independence would mean the loss of many pro-EU advocates in Westminster and across the country. If Scotland’s votes had been excluded from the EU referendum, the result would have been 53 percent Leave, and 47 percent Remain.

So, the act of Scotland rejoining the EU would make it more unlikely that the remainder of the UK would ever do so. Those who aspire to this should not delude themselves. The cost of Scottish independence is the break-up of the Union and the likely consignment of the rump of the UK to endless, anti-EU Tory rule. The Scots might no longer care. The rest of us should.

Although he claims to be a devotee of the Union, Boris ‘It is all about me’, Johnson could well decide that Scotland’s departure from the UK would be a service to his ambition. He has a track record of jettisoning partners and colleagues when no longer useful.

By manoeuvring the Scots into independence, he would embed the Tories in power south of the border and shift the balance of voter sentiment towards permanent rejection of the EU. Though Johnson would not to want to be the prime minister who broke up the Union he might calculate that he could manipulate situation into it not being his fault.

The English have no right to suggest how Scots should vote when independence is put back on the table, without making firm commitments to accommodate Scotland’s needs. But progressive English, Welsh and Northern Irish voters should not stand by and watch the Scots become ex-compatriots. The whole UK suffers from the same problem – a government that in spite of decades of rhetoric always puts the South East and London at the centre of its policies and funding.

It’s not too late to for all pro-Unionists to make common cause with Scotland in fighting for greater devolution and a better functioning democracy in the UK. We can unite behind securing far more power and funding decisions for the regions and devolved nations. That would be a fundamental step in achieving more self-determination across the country. Along with government and electoral reform, we could achieve a future re-balancing of power away from Westminster and more local decision making to reflect the views of the voters.

True devolution may be the only olive branch that the UK can still offer Scotland. UK unionists of all political allegiances should be fighting for a devolution model in which Scotland could willingly be a part. Otherwise, ‘Former UK’ is the likely outcome, sooner or later.