War, climate change, and persecution have led to a refugee crisis of about 80 million forcibly displaced people across the globe. 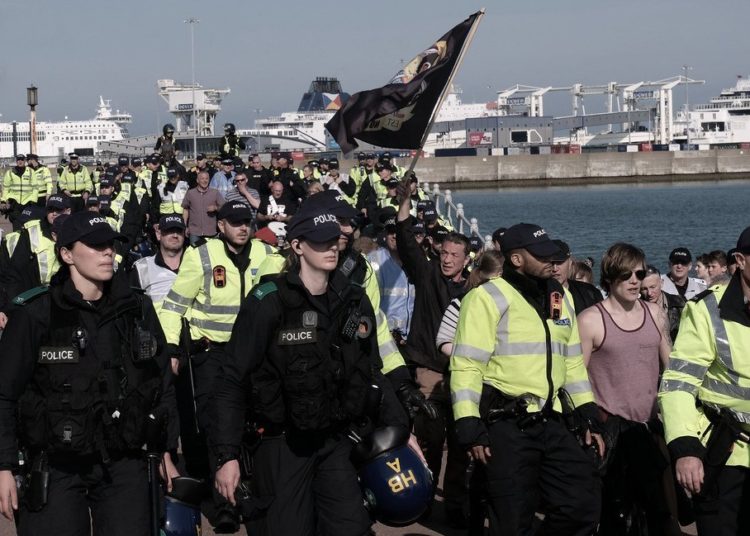 Image by alisdare1 for Creative Commons

War, climate change, and persecution have led to a refugee crisis of about 80 million forcibly displaced people across the globe. Over the decade it has become increasingly difficult to respond compassionately and effectively, as the numbers have grown and the language used by the government and the media against refugees has hardened. Headlines such as, “Patel plans to send 1000 migrants back” have perpetuated a widespread belief across the UK that refugees are too much of a heavy burden on the country and have created an environment in which a negative perception towards immigration and refugees thrives.

Immigration was the single strongest reason why people voted Leave in the Brexit referendum, and on 9 November 2020, the immigration bill was passed through parliament, ending free movement. This anti-immigration sentiment was provoked or encouraged by some politicians and media outlets to promote Brexit. Nigel Farage, then leader of the UKIP party, produced a large poster depicting a “hoard” of several thousand migrants on the Croatian-Slovenian border, stating boldly in red: “Breaking point: we must break free of the EU control and take back our borders”, clearly suggesting that, without doing so, a stream of migrants would pour into the UK.

More recently, as the leader of the Brexit Party, he told his LBC radio listeners on 21 May 2020 that the refugee crisis was:

“A massive criminal enterprise that is making vast sums of money. The pace and rate of this is increasing … It will become an invasion. They escort the boats out of French waters to get them off their hands. It’s literally called the ‘hand over’”.

At the time of the referendum the official Vote Leave campaign, run by Dominic Cummings, Boris Johnson and Michael Gove, focused on the NHS and “taking back control” and did not mention immigration or race. They were, however, content to let Farage and Leave EU campaign in this way, knowing it would help their cause without condemning them to accusations of racism.

It appears that the government and Priti Patel have been emboldened by the success of the Brexit campaign and have started to use similar language, language that would not normally be expected from the home secretary or her staff in the Home Office.

In her speech to the Conservative Party conference on 4 October, Patel pledged to make the UK immigration system “firmer and fairer” (using those words no fewer than 14 times). In discussing how the current system was neither firm nor fair she said:

“Or take the example of someone who enters our country illegally on a small boat, travelling through multiple safe EU countries – France, Italy, Spain – shopping around for where they can claim asylum, making that final and extremely dangerous Channel crossing to the United Kingdom while lining the pockets of despicable international criminal gangs”.

In describing the months of hardship in squalid camps in Europe as a shopping trip – a leisure activity for those who can afford it, while colluding with those who would exploit refugees – she constructs refugees crossing the Channel as deserving only of being treated as criminals.

She goes on to blame these refugees for the delays “genuine” refugees experience in the asylum system and the cost to the taxpayer:

“Right now the most vulnerable are stuck in this broken system with over 40,000 other people. Almost half of these claims take a year or more to reach a decision, costing UK taxpayers over one billion pounds each year”.

In just a few sentences, Patel categorised those coming via the Channel as illegal immigrants, who collude with exploiters. She describes them as selfishly trying to displace those already in the entry queue, at great cost to the British taxpayer, and distinct from “genuine” asylum seekers who are due compassion and careful decision making.

In this tweet, the Home Office is calling Lithuanian immigrants ‘illegal’ (although as EU citizens they were not). By conflating foreign, dangerous, criminals and refugees, it renders all migrants and refugees as problematic and, as with any illegal activity, the government is then justified in pursuing them aggressively. Her speech to the party conference continued:

“We will continue to hunt down the criminal gangs who traffic people into our country … and intelligence agencies to go after them. We will make more immediate returns of those who come here illegally and break our rules every single week”.

In support of her claims, Patel has appointed Dan O’Mahoney as the ‘clandestine Channel threat commander’, to lead the UK’s response to prevent illegal migrants from reaching UK shores. Prevention ideas have included using nets to clog the propellers on migrants’ boats, installing floating barriers and water cannons to create waves in the English Channel, and processing asylum seekers on Ascension Island, a remote UK territory miles away. Seriously considering measures appropriate for a country under siege or facing a foreign “invasion” (the word Farage uses to describe the small boat crossings), encourages the perception of refugee as dangerous to the UK rather than families hoping to live peaceably and build a new life for themselves.

Five years ago when the referendum vote was held, at the peak of the international refugee crisis, the language used about refugees, at least from government sources, was not so inflammatory. Nigel Farage, although having some considerable support within the wider community, was considered an outlier and not representative of the UK as a whole. Government ministers such as Johnson and Gove who supported Brexit avoided references to race and immigration in promoting it. Now, aggressive anti-refugee rhetoric and behaviour have become part of the government’s immigration policy implementation.

Recent Home Office hate crime figures have shown a significant rise in reported incidents of racist hate crime and particularly towards British Muslims and asylum seekers over the past five years. The responsibility for this lies squarely with the Home Office and its minister.