It estimates that between 240,000 and 320,000 people come into contact with immigration services every year, but is unable to say how many of those are illegal immigrants or what happens as a result of those contacts. 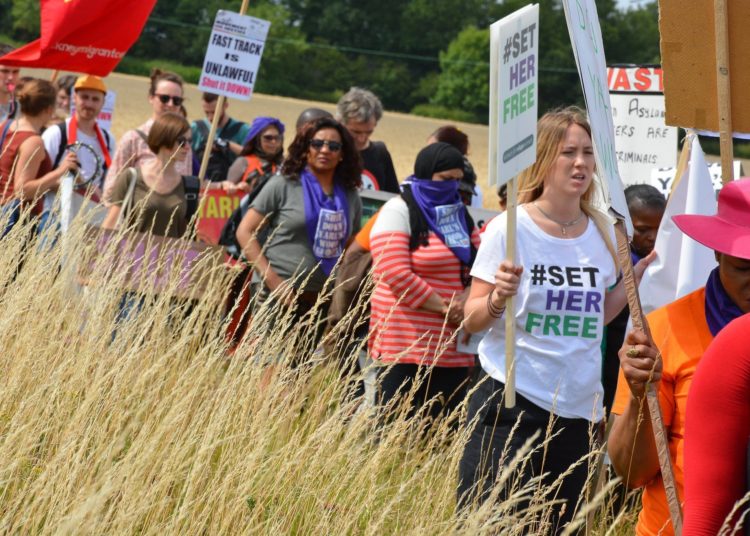 On 18 September, the Conservative-dominated public accounts committee (which examines the value for money of government projects, programmes and service delivery) published its report: ‘Immigration Enforcement’. The findings are damning, concluding that the Home Office’s approach risks making decisions on “anecdote, assumption and prejudice”.

The directorate responsible for immigration enforcement has, as its vision: “to reduce the size of the illegal population and the harm it causes”. Yet, as the size of the illegal immigrant population in the UK was last estimated in 2005 and the government has not assessed the harm caused by illegal immigration, it has no way of measuring progress towards its goal. The Home Office has no data on numbers of people accessing public services who are not entitled to them, or the cost of providing those services. It does not have data on how much direct harm is caused by illegal immigrants, for example through criminal offences, or indirect harm through the impact of their employment on wages.

It estimates that between 240,000 and 320,000 people come into contact with immigration services every year, but is unable to say how many of those are illegal immigrants or what happens as a result of those contacts. The number of illegal entry detections into the UK has risen in the past two years, but officials couldn’t say whether this was because of a rise in the number of people entering illegally, or improved detection methods. To manage illegal immigration, the Home Office has about 5,000 staff and a budget of just under £400m, which represents an 11 percent cut (in real terms) since 2015.

The committee found that the Home Office relies on “disturbingly weak evidence” when making judgments. Enforcement activities are not evidence-based and there is almost no data on which to assess the impact of its decisions or policies. It mentioned in particular that the Home Office had inadequate data and information on which to base its current high-profile policies – such as disrupting organised immigration crime – or its claim that the failure to return asylum seekers to their home countries is caused by ‘activist’ lawyers.

The report is highly critical of the Home Office culture: “Decisions are based on lack of curiosity, preconceptions and even prejudice”. It states that the department knows that it was close to being deemed institutionally racist in the Windrush report, and that it must change its culture in a way that includes having a more “people-centred” approach. The report found that the department was not yet concerned enough about the impact of its actions and behaviours to begin to evaluate them.

In 2019, the department had to release 62 percent of detainees that it intended to remove from the UK. It’s ‘success’ in identifying illegal immigrants or those to be deported by the courts, holding them and successfully deporting them, was just over a third of cases. Failure to achieve a successful end-to-end process of deportation was attributed, in part, to poor administrative systems and a poor understanding of, and response to, the requirements of the various stages on the system. The Home Office, rather than analyse its failures, chose to blame them on system abuse by asylum applicants (and their legal representatives) but without “any systematic analysis to support this [which risks] inflaming prejudices against legitimate immigrants and bona fide asylum seekers”.

“We asked the Department to account for the plummeting number of people it returns to their countries of origin… The Department asserted that most asylum claims in detention are designed to thwart the system… the Department did not explore possible failings within Immigration Enforcement in its internal analysis on unsuccessful returns.”

It was also noted that the Home Office has decreased the financial support for ‘voluntary returns’, and reduced “early access to good legal advice” for asylum seekers, but had not thought about the effect this might have on the timing of claims by asylum seekers and, therefore, late, unsuccessful or delayed returns.

Although the government has stated that it wishes, after the end of the transition period for leaving the EU, to continue with arrangements for returning asylum seekers to their first country of entry on the European mainland, it has not yet planned for or begun talks with EU countries about whether these arrangements can continue, and if so, how the process would be managed. The committee saw little evidence that the Home Office was able to manage the challenges posed by Brexit, the new points-based immigration system, the impact of coronavirus or putting right the wrongs of Windrush. Departmental hopes were pinned on the new Atlas IT system, but the committee noted the government’s poor track record in large-scale IT projects and was not reassured.

It appears that, while the Home Office accepts the findings of the Windrush report and has made efforts to contact and compensate those affected by the scandal, it has learned very little from it. It has not changed the way it operates or engages with the people who are affected by its policies. The ‘hostile environment’ mind-set for immigrants, legal or illegal, together with strict but inept rule enforcement, continues to drive practice. Its approach to problem solving is to attack those that may thwart its aims rather than analyse the reasons for failure.

All this, coupled with the failure to recognise the likely impact of Brexit and the lack of preparation for the ending of current arrangements and access to the asylum data system, must be of great concern for all non-British passport holders currently living in the UK. Without transformation, the prejudice inherent in the Home Office’s current approach will only be magnified.

My trip … to the emergency department (and what I learned)

My trip ... to the emergency department (and what I learned)