Billions of taxpayer pounds have been wasted by Serco on a track and trace system that hardly works. Can we have our money back? 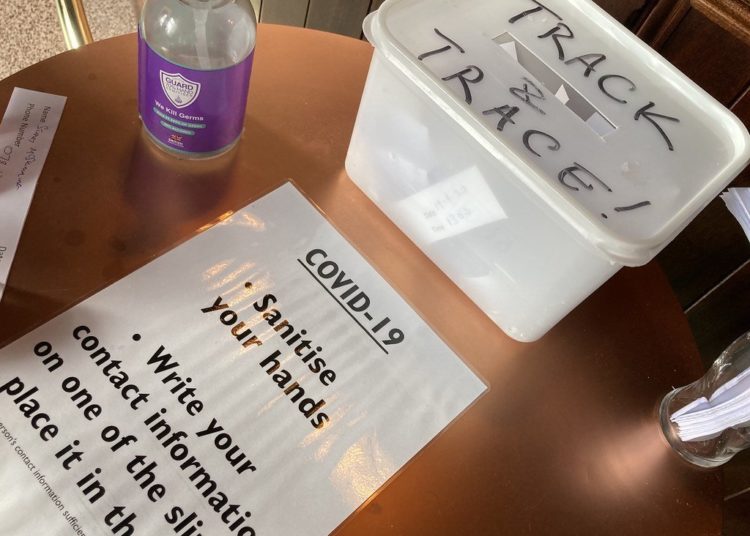 "Track and Trace" by Matt From London is licensed under CC BY 2.0

“Thanks to NHS Test and Trace we’re able to begin cautiously and irreversibly to reopen our economy and restart our lives.” (B. Johnson 10/3/21)

Not for the first time in the last year (or even the last week) there are at least two things to take issue with in a prime ministerial statement about the covid crisis. Firstly, the Track and Trace system has failed to achieve almost every one of its targets and secondly, the ridiculously expensive scheme has almost nothing to do with the NHS.

From its inception, tacking those three emblematic letters onto the name of the huge, profit-focused, outsourcing operation was never anything but a cynical attempt to pull political wool over our eyes.

Billions have been wasted by Serco on track and trace

By misappropriating the good name of the NHS, the government hoped to disguise the funnelling of £37bn to private companies as an entirely altruistic act. It wants the scheme to be associated with heroes in surgical gowns rather than CEOs in boardrooms.

This is health service virtue signalling on a grand scale.

By the way, what’s the opposite of virtue signalling?  When Priti Patel appeals to the worst of UK sentiment by sticking two fingers up at Syrian families fleeing bombs or threatening to lock up anyone who whistles too loudly at a vigil, is she spite signalling?

The NHS supply chain is another privatised system dressed up to appear like it’s run by the health service. It is technically part of the NHS, but as the report, Privatised and Unprepared, (University of Greenwich and We Own It) makes clear, “this status is merely a fig-leaf for a needlessly complex web of contracts with private companies which answer to shareholders first”.

Since its creation in 2018, the organisation has outsourced the entire procurement system. This has left, for example, DHL in charge of finding wholesalers of ward-based consumables (including PPE), and Unipart in control of supply chain logistics (including delivery of PPE). The stated rationale for this approach was to create ‘efficiency savings’, two words rarely associated with PPE provision over the last year or so.

NHS not to blame for failure of track and trace

When the folk who actually work in the NHS are allowed to use their skills, experience and courage to tackle issues, they usually get the job done.

Compare the success of the vaccine rollout with the failure of the so-called NHS Test and Trace. One is organised by health professionals, staffed by doctors and nurses and has volunteers helping out. The other is in the hands of outsourcing companies, making profits for shareholders and has consultants on £1,000+ a day. One is run by the NHS; the other is pretending to be.

Johnson and Hancock fixation with track and trace

Following the damning judgment of the public accounts committee, Johnson and his health secretary have stuck to the line that Test and Trace has proved “indispensable”. They brush over the failure to hit crucial targets – test results in 24 hours, 80 percent of contacts reached, lockdown prevention – and point instead to the huge number of tests actually administered.

Hancock’s has been fixation with the number rather than the effect of tests since his desperate attempts to manipulate the figures in May 2020. This would be depressing enough even if it hadn’t involved handing eye-watering amounts of our money to outsourcers like Serco, who then subcontracted the work to 29 other companies whom they later refused to name.

Thankfully, they must have thought better of any plans for a similar arrangement with the vaccine rollout.

Of course, the idea of companies cashing in during a national crisis is hardly new. How you feel about the sort of profiteering that usually only occurs in wartime, really depends on your thoughts about capitalism as a system.

But such has been the rush of often completely inexperienced companies elbowing their way to the front of the covid gravy train, that along with the dodgy contracts and payments to pointless middlemen, we’ve seen numerous cases of dangerous incompetence.

From PPE that was not fit for purpose (over 800 health workers have died in the crisis), through overpriced food parcels that left children hungry, to surgical gowns that couldn’t be used by surgeons, millions of pounds of our money has been wasted on consignments only fit for the bin.

In normal circumstances when a business messes up, delivers the wrong item or sells you a piece of shoddy rubbish, you can ask for your money back. When it comes to covid contracts, and the good we could do with just a fraction of the money that’s been wasted, I think a refund is worth a bit of effort.

So, I shall contact a few of the worst offenders and ask for our money back. If an appeal to their better natures or the spirit of fundraisers like Captain Tom doesn’t work, there’s the Consumer Rights Act, which states that “goods should be fit for the purpose they are supplied for”.

If that draws a blank, I’ll ask the Competition and Marketing Authority to act on its promise to take enforcement action against traders who exploit the crisis, “for example, by charging excessive prices or making misleading claims about the efficacy of protective equipment”.

I’ll let you know how I get on.