ming indifference to the carbon impact all along the food chain and to the low pay of those, especially minorities, who harvest and process our food, and put it on our shelves. 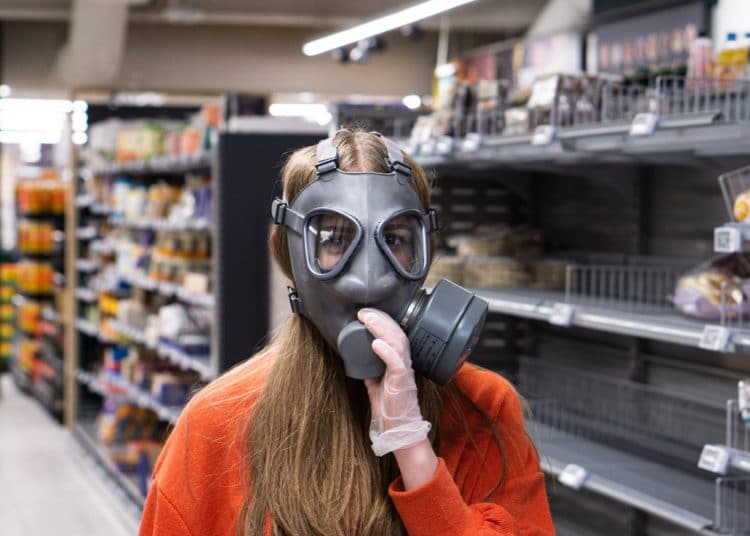 We all need it. No-one can live without it. Sufficiency of it brings peace and productivity. Deficiency leads to weakness, illness and lower productivity. The kinks and distortions in supply and demand for food are not new. But then came Covid-19, described as the ‘great magnifier’. All that was there before, good or bad, is now magnified.

Wealth inequality skews demand, and market dominance by certain sellers pushes some producers to the edge. There is seeming indifference to the carbon impact all along the food chain and to the low pay of those, especially minorities, who harvest and process our food, and put it on our shelves. In March 2020, Robert Jenrick MP, Secretary of State for Communities, said there were 1.5 million in need of food help in the UK. The Food Foundation put the figure at nearer to 3 million.

We need to use our new awareness as consumers, producers, sellers, regulators and governors to reimagine our roles and remake the food system so it does more for health, equality and our planet.

Our experience during the last world war – which exposed significant malnutrition across the nation – could teach us a lot.  Good and plentiful food was needed for both those on the front line and those back home working to support them. This led to the 1940 food plan and rationing, to ensure everyone had access to nutrition and health through good food and a balanced diet. That was a crisis of another order of magnitude, but now we confront new challenges brought on by Covid-19, climate change, and Brexit.

The world is beset by dramatic changes in weather patterns and therefore in food production. Our weather in the UK is more unstable and less reliable and we have just had one of the driest springs after the wettest winter in memory. This has had a major effect on our food production. The wet autumn and winter prevented the potato harvest being completed, leading to acres of potatoes eventually being ploughed in rather than harvested. This meant months of delay in drilling the following cereal crops and it will be several years before that soil can be used to grow potatoes again. A shortage of British-grown potatoes will mean importing even more than we do now.

The same applies to the wheat and barley fields – now dotted with soil-brown patches where they were previously water-logged – signalling a fall in harvest yields this year. We face shortages in domestically produced crops at a time when we need every grain.

According to the Department for Environment, Food and Rural Affairs, the UK produces 53 per cent of its food and imports 28 per cent from EU countries. Whatever happens at the end of the transition period, our food supply chains will be affected. The Common Agricultural Policy, for all its flaws, aimed to encourage efficient food production in each of the member countries and an overall sufficiency for all.

Production and harvesting require labour. According to the Agriculture and Horticulture Development Board:

“A shortage of appropriate labour could mean that higher wages and resulting increased cost of production would have a negative impact on the UK’s productivity and competitiveness. If this happened at the same time the UK opened up to free trade and new low-cost competition from emerging markets, some UK-based businesses may find it even harder to compete.”

However the labour barriers with the EU are implemented – by numbers, by skills needed, or by pay restrictions that might affect groups such as agricultural workers or vets – there will be a direct and immediate impact on food production here. Covid-19 has reminded us how essential workers are to food production.

We must rethink our food system now. Let us grow what we can eat and eat more locally. Let us look after those who help to put food on our tables, wherever they were born. Let us think long term about the climate and our environment, working with them rather than trying to control them. We face multiple crises – some of our own making, and some not. In the next months and years we have a choice to make: we can continue to use our technology, our knowledge, our skills and our land in the same way as before, or we can remake a healthier world