While attention over the past few months has focused in the UK press on chlorinated chicken, another chemical of equal concern– ractopamine – is also used in food production in the US. 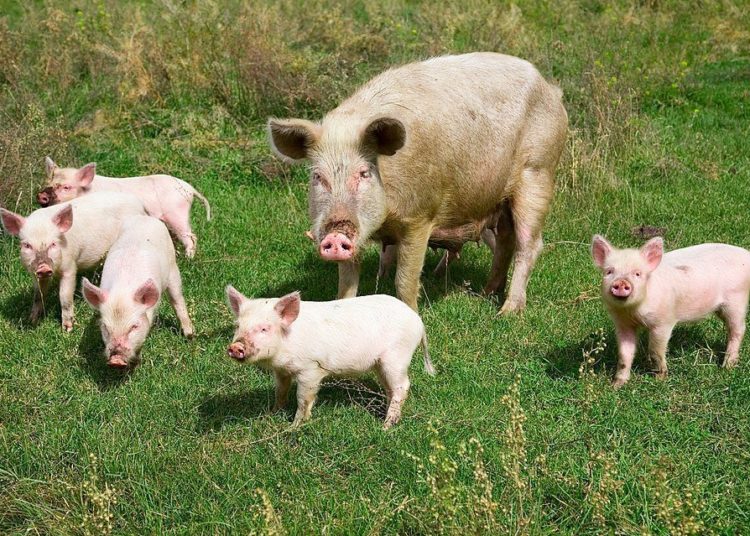 It’s understandable that British farmers want to export their products to Europe, America and the rest of the world. Already, some 40 per cent of our lamb is currently exported to Europe and the National Farmers’ Union has warned that 25 per cent or more of UK farmers could go out of business in the first year of Brexit if they cannot continue to export there. While a trade deal has been put on hold with the US because of coronavirus, British ministers are hoping that one will be secured as soon as the crisis abates.

During the Brexit debates and as we approached the deadline for leaving the EU, a number of people from farming, food standards and animal welfare organisations raised concerns that opening up trade with the US might lead to  cheaper food of a lower standard entering the UK market. British farmers were also concerned that they would not be able to compete on price without slashing our animal welfare and food production standards. Through our membership of the EU, the UK has high standards of food production and animal welfare. But the equivalent standards in America are far lower – for example, on a rating of A to G, with A being the highest we currently have an animal welfare rating of A, compared with D for the USA.

One of the concerns raised about animal welfare and food productions in the US, has been ‘chlorinated chicken’, a process unknown in the UK, at least until now. In the US, chicken carcasses are washed with chlorine to reduce the otherwise high levels of bacteria that are present on the chicken arising from the overcrowded conditions in which the chicken are reared and  enable disease to spread. In spite of chlorinating chicken and other methods of bacterial reduction in the food chain, the US has a significantly high number of food poisoning incidents each year: it is estimated that one in six people in the US are at risk of food poisoning annually as against one in sixty-six people in the UK. Compassion in World Farming have said, “Chlorinated chicken is not about the chlorination, it’s about the animal welfare”, maintaining that reducing bacterial contamination by chlorinating chicken carcasses enables chicken farmers to keep chickens in cruel conditions and would not be acceptable in the UK.

While attention over the past few months has focused in the UK press on chlorinated chicken, another chemical of equal concern– ractopamine – is also used in food production in the US. Ractopamine is banned by 160 countries including Russia, China and the EU27. It is often given to industrially farmed pigs, cows and turkeys in America, to accelerate weight gain, leanness and muscle.  It is associated with health problems in animals, such as causing ‘downer’ pigs whereby an animal is unable to bear its own weigh standing.  It is also correlated with metabolic trauma, infection, cardiovascular problems and stress. Studies on potential human health effects of ractopamine are limited, but research indicates that it can cause elevated heart rates.

Any trade deal negotiated with America will most likely include the agricultural sector. Rejection of American agricultural standards and processes might severely affect the likelihood of a deal.  A trade deal with the US is important, but so too are our food safety and animal welfare standards, and of course our farming sector. In America, animal welfare is not considered as important to food producers and policy makers as it is in the EU; the aim is to grow animals fast to produce lean meat in order to provide cheaper food and increase profits.

As parliament has removed all provisions for parliamentary scrutiny of the Withdrawal Agreement Bill, MPs won’t have a say on a UK-US trade deal.  If we are to protect both animal welfare and food standards post Brexit, more will need to be done to ensure the public has a greater say in what it will and will not accept as part of a trade deal with the US.

“Operation last gasp”: The muddle and chaos behind the Government's attempt to panic buy ventilators