The Lords environment sub-committee yesterday heard concerns about the increased paperwork, the lack of vets to sign off health certificates, and the impact on foodstuff with likely delays at the ports. Jane Thomas summarises what was said. 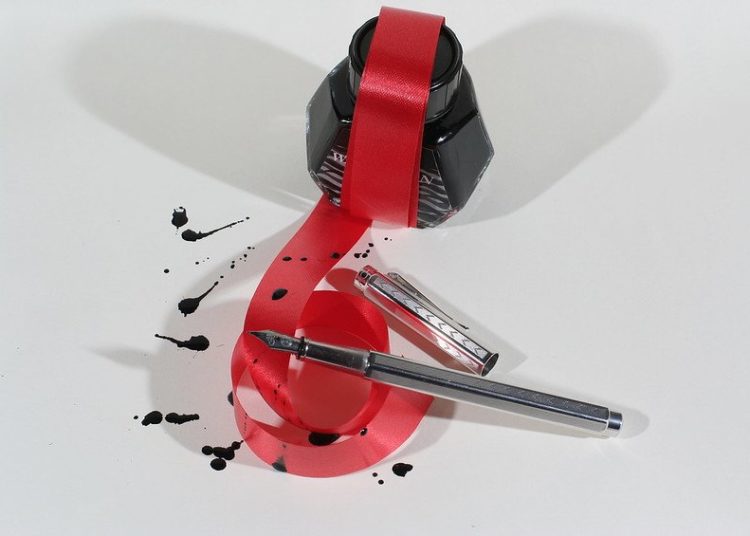 Red tape tools by StripeyAnne is licensed under CC BY-NC-SA 2.0

Damning evidence was heard yesterday from the agri-food trade industry and the road haulage sector, about the lack of preparedness for Brexit. I know it’s not fashionable to listen to experts, but these are the people we rely on to bring us our daily bread (amongst other things), and they all have firsthand experience of exporting to Europe.

The Lords environment sub-committee heard concerns about the increased paperwork, the lack of vets to sign off health certificates, and the impact on foodstuff with likely delays at the ports. Andrew Skea from the British Potato Trade Association reported that, “Brexit is going to be a huge extra cost in terms of red tape and bureaucracy and we are just going to have to get used to it”.

This may come as a surprise to the Brexiters who thought leaving the EU was about cutting the red tape.

Duncan Buchanan, director of policy for England and Wales at the Road Haulage Association, was more explicit. “We are going into a world far more complex, far more data and bureaucratic-driven than we have now”, he told the committee. There will be changes implemented that impact on those who do not have the skills, expertise or knowledge – at least initially – to administer the systems. “With two weeks to go systems are unstable, not necessarily published, and changes and clarifications are happening all the time … Business can’t prepare if we don’t have stable rules and I expect January to be a shambles”.

The issue around certification is a huge headache. Peter Alvis, farmer and chair of the Royal Association of British Dairy Farmers, raised concerns about whether there will be enough vets to grant the necessary health certificates. And as Helen Roberts, development officer for the National Sheep Association Wales confirmed, if exports result in travel through multiple countries, then certificates have to be printed out in each language and individually signed by the vets. “I don’t think there are enough vets to go around … the government has underestimated the number of health certificates that will be needed” she stressed. For Peter Alvis, this will mean going from 70 health certificates a year, to 700.

Jimmy Buchan, chief executive at the Scottish Seafood Association, explained that the catch certification portal is only going live this week, and this is “running too near the wind for us, as they should be tried and tested by now …. We are not equipped with the correct tools or the wherewithal to make sure, and we are not in a good position”.

There’s a huge cost to this too. For seafood for example, the cost per consignment is £180 for the various certificates. If that trader has five customers, that’s nearly £1,000 and as Buchan explained, that trader has to find this new cost out of their profit margin. “No processors have signed up for this – to have added costs to their business – and the government needs to intervene and intervene fast” he added, suggesting that the government should pick up the tab.

So many concerns, so little time.

Martin Morgan, executive manager for the Scottish Association of Meat Wholesalers, spoke of the loss of long-standing customers in Europe. With the continuing issue of delays at ports, Alvis reckoned up to 20 percent of dairy products could perish. Morgan reminded the committee of one important point – to trade with Europe, the UK has to be recognised as a third country, and that’s still not nailed down. Without third country equivalence, exports stop. For Andrew Skea’s business in potato suppliers, trade will come to a complete standstill.

As the UK goes from 50 million custom declarations to 270 million declarations, there is a huge concern that many hauliers will just not have the right paperwork in two weeks’ time. Increasingly, hauliers will be encouraged not to pick up goods if the full and correct paperwork isn’t available. Time has to be paid for, and if the time to do a journey is changing, and delays factored in, someone has to pick up that tab too.

The evidence heard yesterday confirms what everyone is saying: that what’s desperately needed is a grace period of a few months as the new border and customs systems come into place, to allow industry, importers, exporters and hauliers to get their heads around all this. The stark reality is that as a nation we are going to be difficult to trade with unless we iron out these glitches in the supply chain and learn to jump through these new hoops.

And yet, this additional bureaucracy took on a new twist yesterday, with the news that the government is not even prepared to cough up to pay for the additional custom requirements at ports.

Back in October, the government announced a £200m Port Infrastructure Fund for ports to build new facilities so that they are ready to handle new customs requirements as required by the Border Operating Model. So it’s hard to explain why a government “that is merrily building borders doesn’t appear to want to pay for them to be built”. Those were the words of Peter Foster of the Financial Times, who broke the news that 54 ports asked for more than £450m out of a pot of only £200m, leaving some ports significantly short changed. In particular, Dover asked for £33m – and got just £33,000. Yes, that was NOT a typo.

Remember the extent of the problems expected at Dover. The RTE suggests that even with a trade deal, 7,000 trucks heading for the Channel ports in South-Wast England could be held in 100km queues if companies do not prepare the extra paperwork required.

As Foster tweeted, this is much bigger than Dover. This is about booting up port infrastructure across the UK to deal with those extra 215 million customs declarations, the new processes for Ireland and Great Britain, the expected increase in ‘short sea’ crossings to Harwich and the Humber …

One can’t help agreeing with Duncan Buchanan, when he told the committee that he was not confident that we are going to have a proper functioning border on 1 January. One’s tempted to say “no shit Sherlock”. But as he also mused, the more you go up the ministerial hierarchy, the less reality and the more politics there is – and it has all got in the way of proper preparation. “The politics has destroyed Brexit it in a funny sort of way. We should have focused on how we make it work” he said sadly. If only.

Are Christmas songs getting worse?