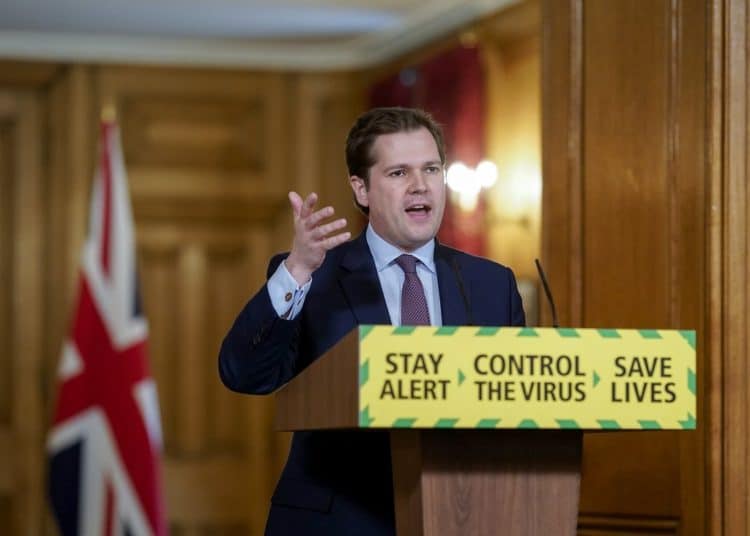 You would have thought that Robert Jenrick would have a lot in his in-tray. With a looming end to the evictions ban, a debt crisis on the horizon for local government, and two million ‘mortgage prisoners’ unable to move out of flats with flammable cladding, one might think that the secretary of state for housing, communities and local government would have a fair bit to do.

It seems, however, that the minister must have quietly solved these crises with his characteristic grace and humility, as Jenrick has turned his attention to the most pressing issue on the political agenda: how to stop pesky woke activists from changing street names.

Penning an op-ed in the Telegraph titled “We will save Britain’s statues from the woke militants who want to censor our past”, the secretary of state writes:

“Latterly there has been an attempt to impose a single, often negative narrative which not so much recalls our national story, as seeks to erase part of it. This has been done at the hand of the flash mob, or by the decree of a ‘cultural committee’ of town hall militants and woke worthies.”

In the article, Jenrick lays out plans to ensure that attempts to remove statues or rename streets are done with proper planning permission, and community consultation, reserving his right as secretary of state to veto any moves which he views to have not gone through these processes.

Both the sentiment and the substance of Jenrick’s piece ignore three crucial facts about this debate, which must be restated, in order to stop the government from dictating terms.

Firstly, contrary to the most popular phrase of the alt-right when discussing this, not only can we rewrite history, but this is the very reason that we have historians. If we did not question the narratives and sources of the past, we would still believe that magical snakes led Alexander the Great through the Egyptian desert, and our picture of history would be one without any nuance.

Secondly, it ignores the fact that legal routes were attempted to remove the Edward Colston statue, whose continued existence even Jenrick refuses to defend in his piece. More moderate proposals were put forward by activists to recontextualise the statue, a method which the minister claims to support, but these were blocked by lobbying from the shadowy Society of Merchant Venturers, which was involved in the initial construction of the statue.

Rather than attacking protesters as a “baying mob”, Jenrick should be seriously considering why they had to do what they did, and how to democratise public space.

Finally, the substance of Jenrick’s proposals will only further muddy this process. This strategy of letting “communities” decide affairs was a particular favourite of Jenrick’s least-esteemed predecessor, Eric Pickles.

Pickles introduced the concept of local referendums during his tenure in the communities and local government brief, to approve raises to council tax, or install elected mayors. But as anyone who has got involved with local government will tell you, those who turn out for local issues are disproportionately older, better-off, and more conservative than the general populace. As a result, most councils did not dare bring such measures to their constituents, and the few who did were roundly defeated.

Jenrick is employing exactly the same sandbag tactics here. By passing the buck to “communities”, he is ensuring that a conversation will only be had among a segment of the electorate more representative to his ideas, while hanging the sword of Damocles over councils in the form of his own veto.

We need to have a serious conversation about our colonial legacy, a discussion which is being had in devolved administrations, with both Leeds Council and the Welsh government producing reports about the colonial legacy of public statues in their respective areas. Responding to his administration’s findings, first minister Mark Drakeford said:

“This is not about rewriting our past or naming and shaming. It is about learning from the events of the past. It is an opportunity for us to establish a mature relationship with our history and find a heritage which can be shared by us all.”

Rather than establish a mature relationship with history, Jenrick seems instead to be establishing his anti-woke credentials with the Tory grassroots. Whether it will save a political career dogged by corruption and incompetence is yet to be seen.