As fishermen accuse the government of betrayal and selling them out, Michael Gove’s words are about to come back to haunt him. In 2016, he accused the EU of being a “job destroying machine”. 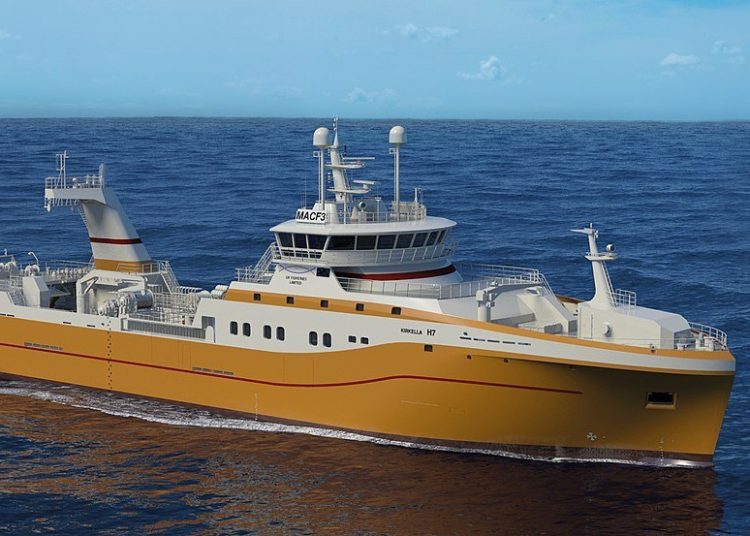 In 2016, during a Sky TV EU referendum debate, Michael Gove spoke movingly about the “misery” caused by Brussels’ bureaucrats and how the EU common fisheries policy (CFP) led to the closure of his adopted father’s Aberdeen-based fish-processing business. The then justice minister described the EU as a “job-destroying machine” run by “sneering elites”, and told Faisal Islam not to “skate over the misery of those who have lost their jobs as a result of the European Union”.

As Cabinet Office minister in charge of the EU trade negotiations, with his close family connection to the fishing community, he became the self-appointed champion of Britain’s beleaguered fishermen.

The massive 1,246-page Trade and Cooperation Agreement, concluded on Christmas Eve and passed by a huge majority of MP after a few hours debate on 30 December, came into force at the end of the following day.

With the UK finally out of the CFP, is the fishing industry grateful and hailing the deal as a triumph for Mr Gove, Lord Frost and the government they serve?

Err … not quite. In fact, the air is thick with cries of betrayal and Gove himself at risk of being regarded as ‘a job-destroying machine’ and one of the ‘sneering elite’ who ‘skate over the misery’ of those who have lost or are about to lose their jobs in the fishing industry.

After less than a fortnight, fishermen from Peterhead to Brixham seem united in believing their entire industry has been torpedoed by Gove’s deal.

James Cook, the MD of DR Collin, a seafood company in Eyemouth, Berwickshire, with around 200 employees, says Brexit has “more or less finished” his business. Drowning beneath a tsunami of red tape and unable to export, fish prices are collapsing and a third of the Scottish fleet are tied up in harbour. Other skippers are choosing to land catches in Denmark to avoid Brexit bureaucracy.

Brexit supporter James Buchan, chief executive of the Scottish Seafood Association, described it as being like a “motorway crash”, with hundreds of thousands of pounds worth of fish being destroyed and ending up in landfill.

The owners of the Kirkella, a super-trawler based in Hull, say Brexit has left it without an agreement and unable to put to sea. Labour MP for Hull East Karl Turner said the delay in a deal was the “last nail in the coffin” for the industry.

Brixham fish merchant Ian Perkes says he is unable to export his fish to France now the new post-Brexit rules and regulations have come into force. Mr Perkes, who voted for Brexit but now thinks he was led up the garden path, says “we’re stuffed”.

But to see the real vitriol, the Twitter account of Fishing for Leave is incandescent, full of accusations of betrayal and sell out. Among those singled out for criticism are Theresa May’s chief negotiator Ollie Robbins, heel-dragging by the “anti-Brexit establishment” and hinderance by the SNP. But the Conservative Party is also in the cross hairs:

There is real irony that Gove’s attempts to ‘help’ the UK fishing industry and fishing communities recover some of their former vibrancy and wealth, have resulted in accusations that British fisherman have “been shafted” by the political class, in truth by the Tory Party and Michael Gove.