With the likes of the hapless housing secretary, Robert Jenrick, saying the government will still look to implement the recommendations it has just voted down, what trust can remain for the Grenfell survivors and their families? 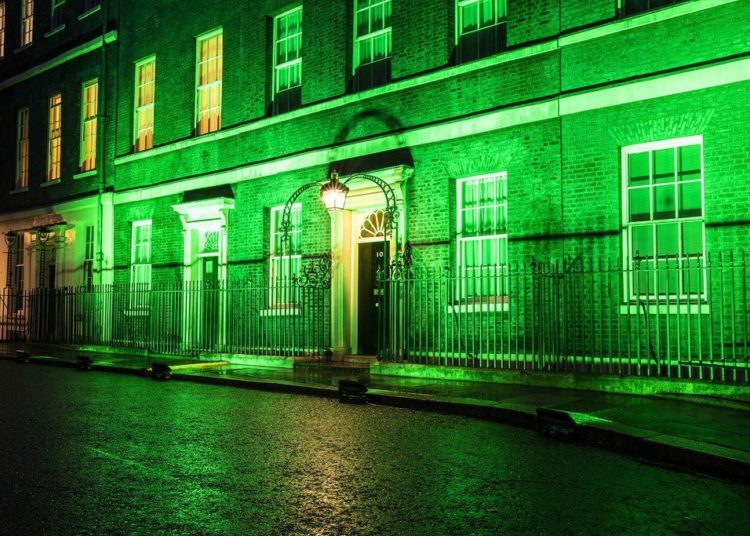 At around 1am on the 14 June, 2017, an apocalyptic inferno engulfed a residential apartment block in unimaginable horror. The block was Grenfell Tower, a 23-storey building. An electrical fire that began in a flat on the fourth floor quickly consumed the entire structure. Some 72 people died that night.

The primary reason for the rapid spread of the fire has since been shown to be the highly combustible architectural ‘cladding’ that shrouded the block. Grenfell was part of a residential complex called the Lancaster West Estate, situated in North Kensington, London. Subsequent information about the cladding suggests that this horror could have happened anywhere in the UK: a BBC report stated that over 200 buildings in England had similar cladding to Grenfell Tower. The cladding was an aesthetic choice, designed to improve the outward appearance of the building. The estate contained mostly social housing.

In her Commons statement of 22 June, 2017, eight days after the tragedy, the then prime minister, Theresa May, said: “It should never have happened”. She went on to say, “The support on the ground in the initial hours was not good enough”, immediately raising the notion that someone was to blame and it sure as hell wasn’t someone from the government. In her statement, Mrs May also said, “Everyone whose home was destroyed will be guaranteed a new home on the same terms as the one they lost”.

Three years later, in June 2020, the Royal Borough of Kensington and Chelsea’s own ‘Grenfell Tower and Walk rehousing progress update’ report showed that seven families were still in temporary accommodation. According to the Independent, there are also households who have requested to be moved, as the housing they’ve been placed in is unsuitable. Speaking to the Independent, Spike Western, a housing para-legal at the North Kensington Law Centre, claimed that the delays stemmed from a failure of successive governments to provide adequate social housing. Three years on, and there are still unresolved issues. Three years on and the borough in which this awful incident occured is still shamelessly publishing “progress updates”.

As with many tragedies or issues mired in controversy, Mrs May promised “An independent public inquiry”. Within two months of this announcement, the head of the Fire Brigades Union, Matt Wrack, criticised the terms of the inquiry saying it, “Seemed designed to protect Whitehall from scrutiny”.

Check out these other articles from Andrew Leach:

But inquiry there was, and two years later its first set of recommendations were published. This first phase set out proposals aimed at the (seemingly scapegoated) fire service, and at owners and managers of high-rise buildings. These included urgent inspection and regular checks on fire doors, as well as the provision of fire safety signage and regular inspection of lifts. Hardly earth-shattering stuff. But despite assurances that the inquiry recommendations would be accepted, the government has just voted down a proposal to put the recommendations into law, something Labour leader Sir Keir Starmer called, “a shameful dereliction of duty”. Some 307 Conservative MPs voted down the recommendations; 24 of these* were from Yorkshire and the Humber.

So, why? Why, three years and three months after the event, has one of the most dreadful tragedies in recent British history been reduced to politicking and point scoring?

Perhaps, just as America sees race as the root of its problems, the UK’s underlying social and systemic tensions stem from class. Put simply, Grenfell comprised social housing – and those in social housing, seemingly not belonging to the aspirational middle or have-it-all upper classes, are expendable.

But maybe we also need to go deeper than that. Since the 1980 Housing Act, property has increasingly been viewed as an investment, rather than a place to live. Homes are ‘under the hammer’, questions such as ‘what’s it worth?’ abound. And if there’s no money in it, who wants to know? In a piece for the Huffington Post, chartered psychologist and historian Dr Pam Jarvis argued that Grenfell had been forty years in the making – a natural, terrible conclusion to a social project started under the first Margaret Thatcher government.

The sale of state-owned housing was a key strategy for Thatcher’s ‘economic miracle’ and the economic and social consequences of that have become ever more honed, to the point where a tragedy like Grenfell was an almost inevitability. Any housing market that puts profit before people will end in disaster. And as we’ve seen recently in the ongoing inquiry, Rydon, the main contractor responsible for the refurbishment of Grenfell Tower, included the combustible cladding as part of its inventory simply to improve profits. No more, no less.

The government, of course, will continue to deny its culpability, as will the Royal Borough of Kensington and Chelsea. Instead, these organisations will engage in gesture politics, much like the feverish clapping for the NHS during the first phase of lockdown. On each anniversary of the Grenfell tragedy, number 10 Downing Street glows green, in ‘solidarity’ with those staging their own memorials to those who died in the fire. And then it votes away the recommendations and washes its hands of any responsibility to its citizens who died due to decades of profit-not-people policies in this land of property plundering.

With the likes of the hapless housing secretary, Robert Jenrick, saying the government will still look to implement the recommendations it has just voted down, what trust can remain for the Grenfell survivors and their families? They, and all UK citizens, deserve better.

* For the record, the 24 Yorkshire and Humberside MPs were: