There is growing curiosity and another potential scandal surrounding the government’s £400m purchase of the bankrupt satellite company OneWeb. 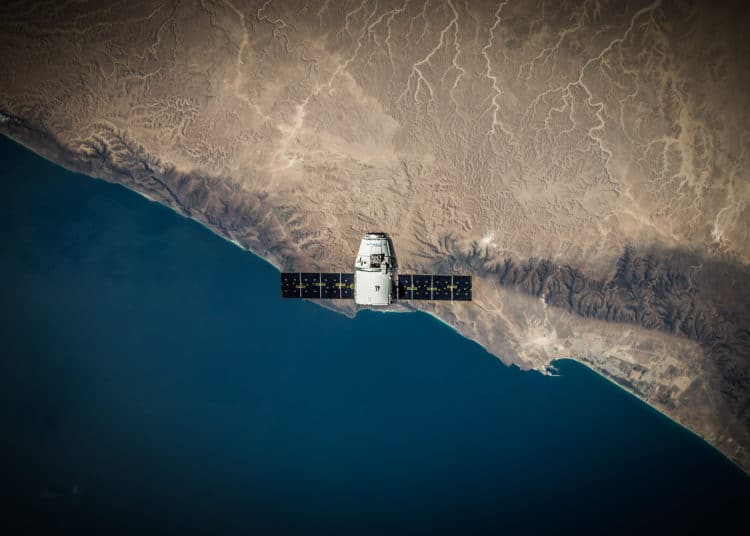 There is growing curiosity and another potential scandal surrounding the government’s £400m purchase of the bankrupt satellite company OneWeb. Dominic Cummings believes that in the UK we need something like the US DARPA (Defense Advanced Research Projects Agency) where the government pumps money into blue skies projects in the hope of getting a lead in a high technology field – often defence related.

OneWeb appears to be the UK’s first attempt at such a project but is very high risk, being just one of a number of companies in a highly competitive market launching low earth orbit satellites to provide broadband coverage across the globe. It filed for bankruptcy in New York on 27 March, partly due to the coronavirus pandemic, but it was said to be struggling even before that.

The company has several high profile and well-funded competitors, including SpaceX’s Starlink initiative and Amazon’s Project Kuiper. SpaceX is owned by the multi-billionaire Elon Musk and Amazon by the world’s richest man Jeff Bezos.

Despite that, the UK government has gone into partnership with Bharti Enterprises Ltd. (an India-based company), both committing $500m to acquire 90 per cent of the failed business. The original investors in OneWeb are to share the remaining 10 per cent for the $2.6bn they invested before it went bust.

Moreover, the UK government is seeking to re-engineer the OneWeb system to provide a GPS service as well, something never envisaged when the original design was conceived.

A technical presentation by MIT (Massachusetts Institute of Technology) comparing three of the 11 most advanced systems, including OneWeb’s, was delivered at the 69th international astronautical congress, in Germany in 2018.  The others were Telesat and SpaceX.

You can see that OneWeb is the slowest of the three at 1.56 Tbps, needs six times as many satellites and nearly twice as many ground stations as Telesat. SpaceX is way out in front with a capacity nearly six times as much as both of the others combined. MIT conclude that “Telesat is the most efficient system in terms of average Gbps/satellite, with more than 4x SpaceX and 10x OneWeb.”

OneWeb came last. Their array of satellites was supposed to be operational from 2019, SpaceX’s from 2020 and Telesat 2022. This was before OneWeb ran out of money allowing SpaceX to gain ground. Trials of the beta version of SpaceX’s Starlink are said to be imminent.

NASASpaceFlight.com, a leading online news resource for space flight related news, had an article in early July suggesting the UK government’s purchase of OneWeb was “curious” because, “how and when – and to what extent – OneWeb will financially benefit the UK is unknown, especially given that SpaceX’s Starlink satellite constellation, a direct competitor to OneWeb, will begin offering initial service this year with more widespread offerings to follow within several months.”

NASASpaceFlight says it is yet to be seen exactly how far behind OneWeb will be and how much ground they will have to make up against Starlink, especially since “the UK will not allow every nation access to the network.”

Presumably it is the EU we are refusing access to, in return for not being allowed access to the EU’s Galileo satellites’ military grade GPS signal.

One of the most confusing elements of the purchase is the announcement from the UK government that they want to use OneWeb as a space-based navigation system – “something it was not designed to do”. We are apparently trying to replace our involvement in the EU’s Galileo project with a cheap, not-fit-for-purpose, alternative in the hope of eventually outdoing it.

Late to market with an offering clearly inferior to our main competitors and having gone bankrupt once, we now plan to re-purpose and presumably redesign the system with 74 satellites already in orbit. Is it a good investment? Probably not.

It now emerges that Alok Sharma the business secretary overrode warnings about the investment and MPs are launching a probe into the whole thing.

The BBC reported on Wednesday that an acting permanent secretary had raised concerns, warning in what may prove to be a masterly understatement that the deal was “unusual”. Darren Jones, Labour MP for Bristol Northwest and parliament’s business select committee chair, called it “a gamble”. He said in a statement that news of the permanent secretary’s worries “heightens concerns around this investment” and “prompts further questions about how the government … came to plump for this largely US-based bankrupt satellite company”.

He went on to say that “using nearly half a billion pounds of taxpayer money to gamble on a ‘commercial opportunity’ whilst still failing to support manufacturing jobs with a sector deal is both troubling and concerning”.

The UK government does not have a great record of picking winners and this case does not look as if anything is about to change.