The government spin machine is cranking into gear to sell the UK-EU trade deal to Tory Eurosceptics who are suspicious of anything European, many of who prefer no deal at all. It threatens to be an impossible job. 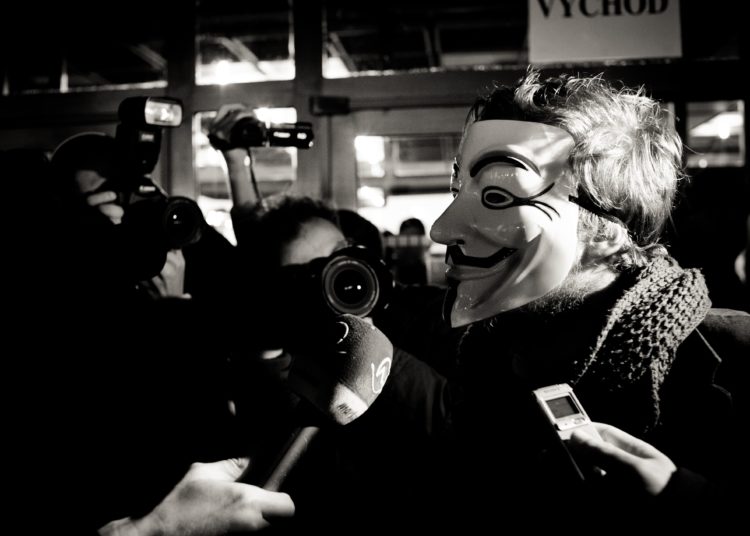 Photo by Michal Matlon on Unsplash

Last night Nick Watt at the BBC tweeted that a Brexit deal was in sight, with the government line being that the UK’s firm position had won the day and that Tory Brexiters would be “happy” with what has been agreed on the vexed level playing field (LPF) issue.

In the thread, Watt suggests Brexiters are being “reassured that the UK has seen off unilateral punishment by the EU if the UK diverges from EU standards in future – the ‘lightening [sic] tariffs’. They are being told UK has negotiated a joint dispute mechanism. That could lead to punishment if one side loses”.

Earlier, the FT also reported some progress has been made on the LPF issue, with both sides claiming the other has recently made concessions. Work is apparently ongoing to set out in legal text what the UK government is labelling the “freedom clause”; which looks like no such thing.

Johnson’s allies are selling a proposed new mechanism to ensure fair competition as a ‘freedom’ clause, to reassure Tory Eurosceptic MPs that Britain would retain the right to set its own regulatory course, albeit with an orderly system of rebalancing tariffs if divergence was excessive.

The LPF has been a key Brussels demand since the EU negotiating mandate for the trade talks was published in March 2018. This produced the political declaration, agreed with Theresa May and later by Boris Johnson himself, which called for “robust commitments to ensure a level playing field” in a whole section devoted to it (XIV).

Ever since, the UK has been desperately trying to renege on that commitment, and the issue threatened to derail the talks last week.

The FT reports an EU “move” in July accepted Johnson’s red lines and conceded there was no need to build the level playing field around EU law and the European Court of Justice. A British official now claims “That move alone by Barnier would allow the PM to claim a stunning victory — they have moved a long way”.

This looks like turbo-charged spin, since there has never been any mention of Britain following EU law in the mandate given to Barnier. It’s hard to see what the EU “move” was, let alone accept it as a “stunning victory”. The EU’s so-called “demand” we follow EU law, is Downing Street’s straw man.

As Henig points out, if anything, the UK side has made all the concessions. Remember, in his Brussels speech in February, Frost said the whole point of Brexit was to allow Britain to become an independent country and “to think that we might accept EU supervision on so-called level playing field issues simply fails to see the point of what we are doing”.

However, we do not seem to have gained the independence Frost sought.

A non-regression clause has already been conceded, to make sure there is no back-tracking on common standards. What is now being proposed by the EU is a mechanism that would allow either side to object if it felt future regulations were diverging to a point where its businesses were placed at a disadvantage. Under the plan, the disadvantaged side could impose tariffs on imports as a last resort, to defend its companies and re-establish the level playing field. Barnier told EU ambassadors this week that Britain has now accepted the “principle” of having such a mechanism, provided “safeguards” were built in to prevent abuse.

This looks highly asymmetrical. If the UK disadvantages itself by raising standards, the EU is hardly likely to follow suit. But if the reverse happens, the EU – 27 sovereign countries remember – will insist on using the mechanism against Britain and will probably win.

It seems the EU will have us in a legal strait jacket, where we cannot scrap existing environmental or employment regulations (probably not even the hated working time directive) and we cannot diverge too far from EU norms in the future without fear of sanctions.

I expect the ERG to see through the spin immediately and label it as BRINO – Brexit in name only. Arch Brexiter John Redwood is already suspicious:

Gideon Rachman, another FT journalist, forecast that any agreement reached would “largely be on Europe’s terms” because of the “fundamental asymmetry in power between the two sides”.

Rachman writes that Britain sends 43 percent of its exports to the EU; Germany, France and Italy all send around 6 percent of their exports to Britain. The population of the UK is nearly 67 million; that of the EU is 447 million. Even without Britain, the EU has a single market comparable in size to that of the US or China.

This is confirmed by Henig, who says the EU never really uses dispute mechanisms in free trade agreements anyway, because it doesn’t need to. Brussels prefers to use “pressure derived from market size and a multitude of instruments (eg equivalence) to deliver results with trade partners”.

This permanent and inescapable asymmetry will be seen again and again in the future, as Britain negotiates endlessly with Brussels. We may be sovereign equals but we are far from economic equals, and the EU will always be able to leverage that power against us.

One begins to wonder what Brexit was all about.

On the LPF issue, president of the EU Commission said: “Two issues remain outstanding: level playing field & fisheries. On LPF: Our aim is simply to ensure fair competition in our own market” adding, “The discussion is still very difficult. We don’t question the UK’s sovereignty. We ask for predictability and stability”.