The government is facing legal action over an extraordinary £108m PPE contract awarded to small pest control company with assets of under £20,000 without a formal tendering process and with no competition 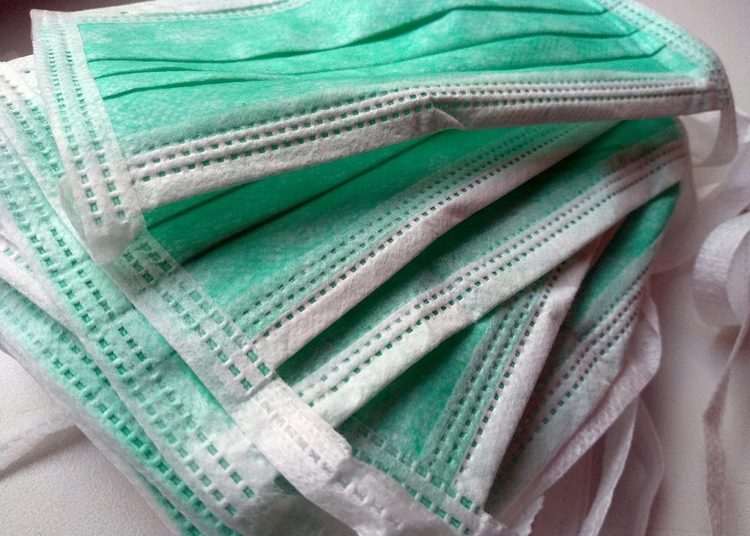 Surgical Face Mask by NurseTogether is licensed under CC BY-SA 4.0

The government is facing legal action over an extraordinary £108m PPE contract awarded to small pest control company with assets of under £20,000 without a formal tendering process and with no competition. Pestfix of Littlehampton were awarded the contract on 10 April this year when the government was under pressure to supply PPE equipment for healthcare workers during the coronavirus pandemic.

Crisp Websites, trading as Pestfix Ltd are recorded as the only bidder. They had assets of just £18,047 at the time. They do not apparently have a history of supplying PPE equipment.

Jolyon Maughan QC of the Good Law Project has started legal proceedings against the government using a pre-action protocol letter issued by Rook Irwin Sweeney LLP, to force a judicial review of the contract placed by the Department of Health.

Among the questions raised by Maughan are these:

1. Where was this contract advertised? If it was advertised, surely other companies would have bid for it? Good Law Project has spoken to another big market participant who told us that no one in the market knew that the contract was up for grabs.

2. If it was not advertised, how and why was Crisp Websites Limited chosen?

3. To award a contract without advertising government must meet the criteria for a “direct award,” namely, that “there is only one supplier … with capacity to complete on the scale required”. How could government believe that tiny Crisp Websites Limited was that one supplier?

4. That procedure is also only available where the requisite “extreme urgency” is unforeseeable? How could the need for PPE have been unforeseeable in April when the EU knew that there was an urgent need for procurement in February?

5. How was Crisp Websites Limited put in a position to spend these vast sums of money? Was cash just handed over to it?

7. Why did government not publish the notice announcing the award of the contract within 30 days as required?

8. It is two months after the contract was concluded. Why has government still not published the contract – the recommendation is that it do so within 20 days?

9. What steps did government take to meet its obligation to “achieve value for money and use good commercial judgement” in awarding this vast contract to Crisp Websites Limited?

Maughan says these are “serious questions” that need to be answered. On 10 June he sent a judicial review pre-action protocol letter to the government asking for answers. On Sunday he said the Good Law Project intend to issue short form judicial review proceedings in the High Court.

The Pestfix website describes the company as a distributor of both professional and amateur-use pest control products and says it is “owned and operated exclusively by the England family, with no external investors to please or remunerate. The two brothers behind the business, Dan & Matt England have the primary objective of putting you, the customer at the centre of their business, rather than banks or shareholders. It is our philosophy that you, the customer, always comes first.”

When and if the government responds we will cover it here on Yorkshire Bylines. In the meantime, if you would like to support the Good Law Project, you can do so HERE.