In their book, published in 2013, The Blunders of Our Governments, Ivor Crew and Anthony King explore 12 examples of government blunders, all of which took place prior to the majority Conservative government of 2015. 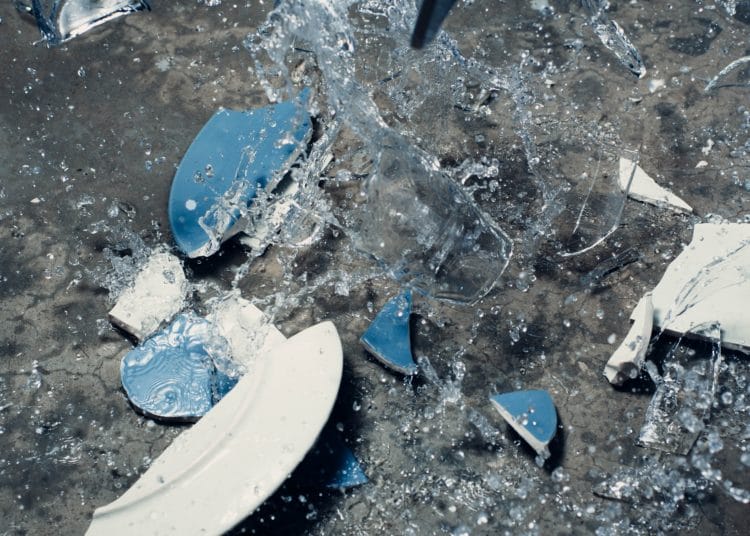 Image of broken plate by Chuttersnap, on Unsplash

In their book, published in 2013, The Blunders of Our Governments, Ivor Crew and Anthony King explore 12 examples of government blunders, all of which took place prior to the majority Conservative government of 2015. Their examples are from Conservative, coalition and Labour administrations. A summary of the findings can be found here.

They define a blunder as:

A case of a government initiative to achieve one or more stated objectives, which not only fails totally to achieve those objectives, but in addition:

A blunder is a sin of commission, requiring a failure to take account of or engage with the consequences or outcomes of a policy. This contrasts with a sin of omission, where a government may have failed to prevent something. Failing initially to prevent Covid-19 from entering the UK, and then treating it as a winter flu, may have been poor judgments but were not blunders. The subsequent failures to get a grip of test and trace or the provision of PPE and sending infected patients to care homes, all of which could have been prevented, were blunders. The government’s approach to this year’s A-level exams falls into the category of ‘blunder’.

Crew and King’s observations about the circumstances and behaviours common to all the blunders they analysed make for interesting reading in light of the government’s current daily schedule of them. While the characteristics they identify are not predictive of a blunder, they certainly indicate that axing Public Health England (PHE) and Brexit are both likely to qualify.

One of their major findings is that the governments of the day did not “engage in serious deliberation”. They did not consult with independent experts, the people most directly affected, or those who might be opposed to the policy. The policy was often developed by a small group “of exceptionally bright officials” without reference to those with expertise or practical knowledge of how the proposed policy might work.

They also say that parliament, though involved at all legislative stages, including committee stages that are intended for detailed scrutiny, voted solely according to their party whip and focused on principles, ignoring the potential impact. The select committees that do perform a scrutiny function only scrutinise policies after they have been decided. Parliamentary bills were rushed, with majority governments pursuing their priorities as quickly as they could while their majority lasted.

The absence of an effective opposition was striking in these decisions. Ministers were reluctant to listen to any counter voices or those who might identify flaws in the proposal, their mind-set being that “officials who pointed out snags were being obstructive and should be replaced, and that professionals who were sceptical were self-interested and should be ignored”.

Excepting the poll tax, which contributed to Margaret Thatcher’s resignation, no blunder led to senior figures resigning and there was a decided lack of accountability for their decisions. In part this lack of accountability was down to ministerial and senior civil service churn, and by the time the blunder was found to be one, the people responsible had moved on. Minsters’ lack of experience and their short ministerial postings, coupled with a determination to ‘make their mark’, encouraged reckless and unaccountable decision-making. Most viewed operational problems as someone else’s responsibility.

Policy makers were far removed from those who were affected by their policies. They tended to think that others thought as they did and had the same values. They were surprised and totally ill-prepared for objections from ordinary members of the public, especially those who did not obey the law or simply refused to pay unjust financial demands such as poll tax or child support. This ‘cultural disconnect’ also meant they had little understanding of the complexity of people’s lives and devised policies that fitted poorly with reality.

The report writers noted how little experience ministers had in running things, particularly large or complex organisations or large projects. They had very little idea of, and even less interest in, the necessary steps to get from policy to implementation. MPs often have a background in law, politics (think tanks or as advisers) or journalism, none of which offers management experience.

In the 1980s there were a number of studies on policy failure – everyday policy failures not blunders. From the work of Brian Hogwood and Lewis Gunn who identified the conditions for successful policy implementation, the government improved its project management capacity, improved systems for public and service-user consultation and developed processes for assessing impacts. Crew and King’s findings suggest that these mechanisms were not as well developed as they should have been or that ministers and their small circle of key advisers decided they were unnecessary.

Brexit fits all the characteristics identified by Crew and King. It was a policy developed by a few individuals without reference to either experts or those who would be affected by it. Almost no work at all was done on the likely impacts (David Davis as Brexit secretary said it was “pointless” given the extent of the changes Brexit would involve). What little assessment that was undertaken focused on ‘no-deal’, was not made available for deliberation, and was only commissioned after the policy decision was made. The opposition did very little to scrutinise the various pieces of Brexit legislation and discussed this primarily in relation to principles (the extent to which the proposals ‘respected’ the vote) not impact.

Those responsible for achieving the Brexit vote and getting the legislation through parliament have, or will have, no responsibility for implementation and care very little about it. When the prime minister talked about ‘getting Brexit done’ it was purely in legislative and policy terms, not implementation. All those who might have had information and knowledge that could have helped prepare for implementation have been dismissed or sidelined for being insufficiently pro-Brexit. This is exactly the same attitude that has led to blunders in the past: sceptics being ignored even though they understood something of the hurdles to implementation.

Crew and King include in their definition of blunder a policy decision that was abandoned or reversed. There appears to be no signs yet of abandonment or reversal of Brexit, but we await the outcomes of current EU negotiations to see how much of its current position the UK will abandoned as it goes through the process. The degree of ‘human distress’ that Brexit is likely to cause may be weighed in the balance by the degree to which the government will abandon its hard-line objectives. The free flow of food, for example, may require abandoning some elements of ‘sovereignty’ if food shortages are to be avoided.

The axing of PHE also presents a disaster in waiting if Crew and King’s identification of key characteristics is correct. There has been no consultation with those who may know about the role, functions and operating methods of PHE. The decision was made by a few key people who, undoubtedly, were “exceptionally bright officials” but who were disconnected and ignorant of the real world and also unaware of their ignorance. Parliament has had no role in the decision (and it was announced to a think tank not to parliament) and there is no mechanism for the provision of prior scrutiny or testing.

There appears to have been no impact assessment made, so the government does not yet know what it has failed to consider. We know that many of the functions PHE undertakes, such as tackling obesity which the government wants to make a priority before the second coronavirus wave, have no current home after the reorganisation and, although it has been suggested residual roles might move to health authorities, no arrangements for how this might be done or whether it would work have been established.

Matt Hancock has been in post for two years, a surprisingly long time given the current and previous churn of ministers. Nonetheless, it is unlikely that he will be in post for much longer, to be held accountable for this decision and have to manage its consequences. The final criterion of a blunder offered by Crew and King is that the blunder was ‘foreseeable’. The mishandling of the coronavirus pandemic has already caused considerable harm and the government is ignoring all the evidence that dismantling PHE is bad decision, made at a bad time and that the human cost is likely to be high. Blunder seems such an inadequate, almost innocent, description of this government’s callous disregard for the consequences of its decisions.