The government is looking at a ‘to do’ list longer than the River Don, with its 31 December deadline looming ever closer. 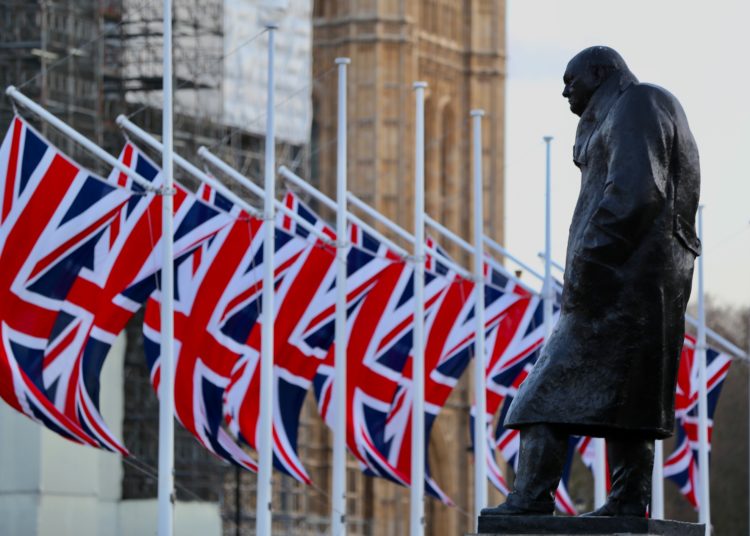 Photo by Kristina G. on Unsplash

The government is looking at a ‘to do’ list longer than the River Don, with its 31 December deadline looming ever closer. To tick things off this list it is pushing through legislation that specifically empowers its ministers to avoid extensive scrutiny. In the process, it is excluding elected MPs (be they the new ‘red wall’ backbenchers, or the official opposition) from their key role as scrutinisers. This raises questions about accountability, effectiveness, and ultimately democracy.

The immigration and social security co-ordination (EU Withdrawal) bill 2019–21, which has now passed its third reading in the House of Commons, is a key piece of legislation in the Brexit agenda. The bill ends freedom of movement for UK and EU citizens when the UK leaves the transition period on the 31 December 2020. Crucially it does not provide details for the new immigration system but gives powers to ministers to bring in whatever system they ‘consider appropriate’.

This bill serves as a good example of the UK government’s approach to implementing Brexit. As the government has introduced legislation, it has veered away from enabling full scrutiny of primary legislation, towards bringing forward bills that essentially enable ministers to change policy with very little scrutiny. This is because bills such as the withdrawal agreement bill, immigration bill, and trade bill contain wide-ranging delegated powers for ministers to fill in the details at a later stage.

Delegated powers enable a minister to pass secondary legislation. The most common form is known as a statutory instrument. These are primarily meant to be used to make technical or administrative changes. However, instead of technical changes, the use of statutory instruments is increasingly being used to change policy – like abolishing maintenance grants, changing voter registration and allowing fracking in national parks. A key issue with statutory instruments is that they do not provide the same opportunities for scrutiny from MPs or civil society when compared with primary legislation.

The Hansard Society describes the scrutiny system in parliament as ‘broken’. It has an excellent blog on the issues that Brexit-related powers pose for proper parliamentary scrutiny for those who wish to explore this further.

Delegated powers have featured prominently in much of the government’s Brexit legislation. According to the Bingham Centre’s report, in the 2017–19 parliamentary session the government’s Brexit bills contained 269 delegated powers. While some of these bills did not get passed in their initial format, they appeared again as later versions of the same bills with many of the same broad powers handed to ministers. The EU (Withdrawal Agreement) Act 2020, the legislation that implements Boris Johnson’s Brexit deal, contains 24 delegated powers.

This means when implementing the Withdrawal Agreement and Northern Ireland protocol, ministers can do so in a manner of their choosing with little scrutiny from MPs. For example, frontier workers’ rights (cross-border workers on the island of Ireland) and immigration appeal rights will be implemented by delegated legislation – a process with little scrutiny but which will have real and significant impacts on people’s everyday lives. Cast your mind back to the negotiations over the backstop and you’ll remember that it was one of the most important and controversial parts of the negotiations. Now, it is up to a minister to implement the protocol as he or she ‘considers appropriate’ with little parliamentary scrutiny.

The new immigration system is one of many new systems needed to be in place by December ready for when the UK leaves the transition period. To protect migrants’ rights, its design requires engagement from civil society and businesses, and for proper scrutiny by MPs. There remain only a few months for all this to be achieved, alongside implementation of a list of other crucial bodies and frameworks such as new environmental regulatory bodies and the new customs system. Time is running out for these to be set up and, importantly, adequately scrutinised.

There is now very little time available for the government to get its ‘to do’ list completed before the 31 December deadline. Parliament goes into recess in two weeks’ time on 22 July and won’t return until 1 September. A substantial amount of legislation needs to be enacted and at the same time a deal with the EU needs to be agreed. The Institute for Government has said, “It is likely the UK will be only partially ready by the end of December 2020”. All of this is an almighty task that is made more difficult when the government tries to bypass engagement and scrutiny through extensive use of delegated legislation.