Getting Away with Murder(s): York hosts world premiere of feature-length Holocaust documentary

Kerry Pearson writes about David Wilkinson's new feature-length Holocaust documentary, 'Getting Away with Murder(s)', which is being premiered in York, which was also home to a Jewish atrocity in the 12th century. Why were Nazis able to get away without accountability, when so many people lost their lives? 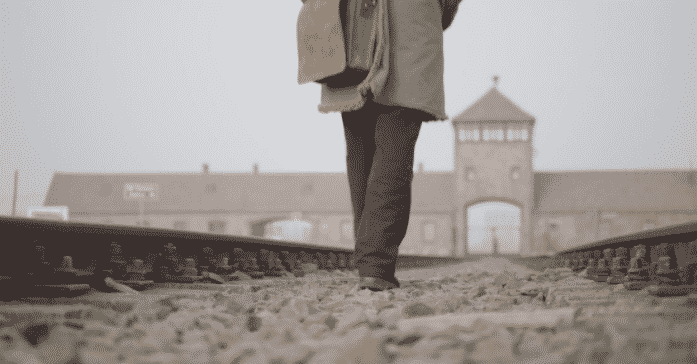 Anti-Semitism is once again on the rise in both the UK and Europe. Rife in societies around the world for centuries, anti-Semitism led to the greatest genocide in human history, the Holocaust, which killed an incomprehensible 10 million people. David Wilkinson’s new feature-length documentary, Getting Away with Murder(s), asks the critical question of why justice has not been served for those killed in the massacre, and seeks to understand the failures of the London agreement and Nuremberg trials.

Professor Mary Fulbrook – who was awarded the 2019 Wolfson History Prize for her book, Reckonings: Legacies of Nazi Persecution and the Quest for Justice – estimated that between 300,000 and 1 million people were guilty of murder or playing a part in the genocide. Of these, just 7,000 people were prosecuted, meaning that hundreds of thousands of Nazis were able to live the rest of their lives freely.

Why were they allowed to get away with the crimes they have committed, without being held accountable?

What makes Getting Away with Murder(s) different to other Holocaust films and documentaries?
For years, films and documentaries have been an integral means of educating people about the Holocaust. The producers and directors of Getting Away with Murder(s) aim to bring something new to the table; it is the first feature-length documentary that considers the failures and shortcomings of the London agreement.

The London Agreement, signed in 1945 by Britain, USA, France, and the Soviet Union (USSR), was the foundation to the international military tribunal (IMT) and the trials at Nuremberg, where Nazi war criminals were sent to be held accountable for their role in the Holocaust. Critical to the London agreement was Article 6, which set out what crimes defendants could be charged with: “crimes against peace, war crimes, and crimes against humanity.”

Yet judicial inaction meant that very few war criminals were punished. In fact, it is estimated that at least 300 suspected Nazi war criminals lived in the UK after the war ended. The aim of the film is to highlight how the deficiencies of the London agreement and the inadequacy of the Nuremberg trials, are the antithesis of everything that British justice is supposed to stand for.

“It is outrageous that the vast majority of those who carried out the Holocaust murders were never prosecuted, and for the loved ones of those murdered, it must have left a hole, a want of care, a seeming lack of humanity and fellow-feeling, an abandonment of due process, the completely unacceptable absence of Justice.”

York as the chosen city to debut the documentary

Wilkinson explained why he chose York to present the film début. The city played a critical role in one of the darkest chapters of British Jewish history. Much of the 12th century in Europe was characterised by anti-Semitism, primarily a result of the Crusades, which aggravated tensions between Christians and Jews.

In England, rioting and protests against Jews erupted across the nation in Norwich, Stamford, and Lincoln. In 1190, the wave of anti-Semitic protests spread to York. The Jewish community of York (approximately 150) were at first protected in the royal castle, Clifford’s Tower, where they barricaded themselves in to keep safe. Knights arrived to attack the castle, and those inside felt that they had no other option but to take their own lives, with many killing their wives and children first by setting them on fire.

Wilkinson describes how this period of history has for a long time made him feel “singularly uneasy”. He hopes that the film will exemplify how a city and a community have been able to understand their history and “move forward together”.

“When David approached us to discuss his film, we were amazed to be told about the extent of this ‘hidden’ part of all our history.

“On a personal level, coming from a Jewish family who had to flee Nazi Germany to survive and whose grandfather was one of many lawyers working at the Nuremburg Trials, I have always wondered why nothing was done earlier by the outside world to stop the genocide of 11 million people, including six million Jews. Or what happened subsequently to those people who implemented this genocide. I look forward to viewing David’s film at its World premiere in York to learn more about what has happened (or not) since the Nuremburg Trials finished 75 years ago.”

Justice, accountability and the importance of history

People often quote George Santayana, the Spanish philosopher who said, “Those who cannot remember the past are condemned to repeat it”. Many who lived through the Holocaust, and then the Nuremberg Trials, turned a blind eye to the atrocities that were happening in front of them. As a result of their inaction, hundreds of thousands of mass murderers were freed, able to live freely without punishment.

The story of those that were killed in the Holocaust, those that survived but were left grieving their relatives, and those that got away with murder, must be told. David Wilkinson’s feature-length film aims to do just that.

The York screening will take place on 9 September will involve a ‘questions and answers’ with Wilkinson and Robin Lustig, who was born to Jewish refugees in London. Robin was for many years the presenter of BBC Radio 4’s The World Tonight. His grandmother was one of the 137,000 Jews murdered in Lithuania, and he features in the film to tell his story.

The film officially opens in the UK on 1 October, the 75th anniversary of the end of the IMT in Nuremberg. Wilkinson said that the film starts “where the IMT trial finishes”.