The new voting law in Georgia imposes restrictions on the less privileged. ID will be required and voting hours will be shorter. 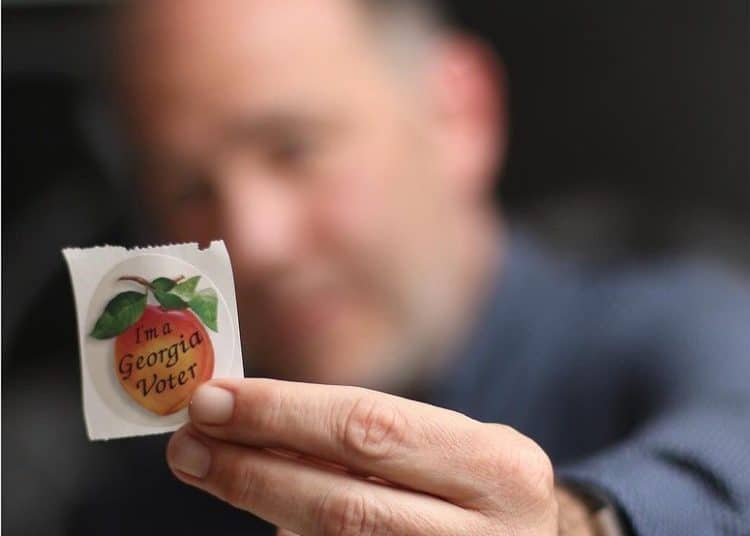 "Go vote, Georgia!" by gogostevie is licensed under CC BY 2.0

Republicans in Georgia have recently pushed through a new election law that they have claimed is a step “toward ensuring our elections are secure, accessible, and fair”. In reality, the legislation will do the opposite. It will hand over increased control to the Republican majority election board, which certifies election results.

This bill was passed in response to the record voting turnout in Georgia in the 2020 election, where Joe Biden won a majority. The increasing turnout among African Americans in Georgia has particularly shaken the tenuous hold that Republicans have in the state.

In a surprising admission in January, Alice O’Lenick, the Republican chair of the Gwinnett Country elections board, said that voting laws needed to change, “so that we at least have a shot at winning”.

What does the new voting law entail?

As is currently being debated in the UK, voters in Georgia will now require identification for absentee ballots. A dangerous move, as the poor, homeless, and disabled voters who may not have permanent addresses, or may not be able to drive, will be marginalised and disenfranchised. Accessing ID and copying birth certificates can also be a difficult and expensive process.

The legislation will also decrease the amount of time for Georgian voters to cast their ballot. Although most counties keep voting open from 7am to 7pm, they will now be given the choice to be open from 9am–5pm, rendering it difficult for shift workers to vote before or after work.

The time to request mail-in ballots has also been shortened, no doubt a result of Donald Trump’s claim that mail-in votes are more likely to be fraudulent, which ultimately had no evidence and his case was dropped by the courts.

Brian Kemp, the Georgia governor, said that the new bill will make it “harder to cheat”. Awkwardly, Kemp couldn’t be further from the truth. Cheating in US elections is rare; in fact, it has happened just eight times since 2000. Those in favour of the law have commended Republicans, not for its benefit to voting, but because the burden on election officials has been eased.

Civil rights groups and democrats have criticised the law, arguing that it violates both the 14th Amendment and the Voting Rights Act, which protects all citizens equally and outlaws discriminatory voting practices, respectively. The NAACP in Georgia, which campaigns for equal racial rights, points out that the law is purposeful discrimination.

Other civil rights groups have also sued the state of Georgia on the new law and the case is currently going through the courts. The American Civil Liberties Union and the Southern Poverty Law Center said that the state has placed “burdensome, unjustified, unnecessary restrictions” on voters.

But other states across America have enacted similar rules. Some 35 other American states require voters to show sort of ID at the poll. This will make the case against the state hard to prove, as the legislation has been approved across the country.

As Obama points out, America is the “only advanced democracy that deliberately discourages people from voting”.

President Biden’s reaction to the legislation in Georgia.

Joe Biden has expressed anger and disappointment at the Georgian voting law, saying that America has a moral and constitutional duty to act. Likening the law to “Jim Crow” but in the 21st century, he said “it must end”.

He told reporters that both the White House and Justice Department were looking into ways that the Federal government could intervene in the state.

What were Jim Crow Laws?

Biden was accurate when he referred to the Georgian voting law as Jim Crow-like. In the Jim Crow South (from 1900 to 1965), voting was made near impossible for Africans Americans and poor whites.

Purges by white officials were carried out in which they removed African American voters from the official voting roll. In many southern states, poll taxes were also required to vote, which cost $25 ($50 today) and applied to both white and black people. Unsurprisingly, the tax disproportionately affected black people who typically had lower incomes due to discrimination in employment and education.

Even once Jim Crow laws had ended, there were continued attempts to silence African American votes. During the civil rights era, Martin Luther king Jr. marched from Selma to Montgomery to protest against attempts by white legislators to prevent African Americans from voting. In 1965, there were more black people than whites in Selma, but they represented just 2 percent of the voting rolls.

Instead of celebrating the 2020 elections as a display of integrity, democracy and civic duty, Georgia has sought to impose draconian laws on its voters. There is no doubt that the bill has been crafted to keep citizens, particularly the poor, African Americans and other minority groups, from voting. It is unconstitutional, deliberate, and immoral.

As Biden said, “if you have the best ideas, you have nothing to hide … let the people vote”.