The education secretary Gavin Williamson has surpassed even Chris Grayling for consistently failing in his latest Cabinet position. 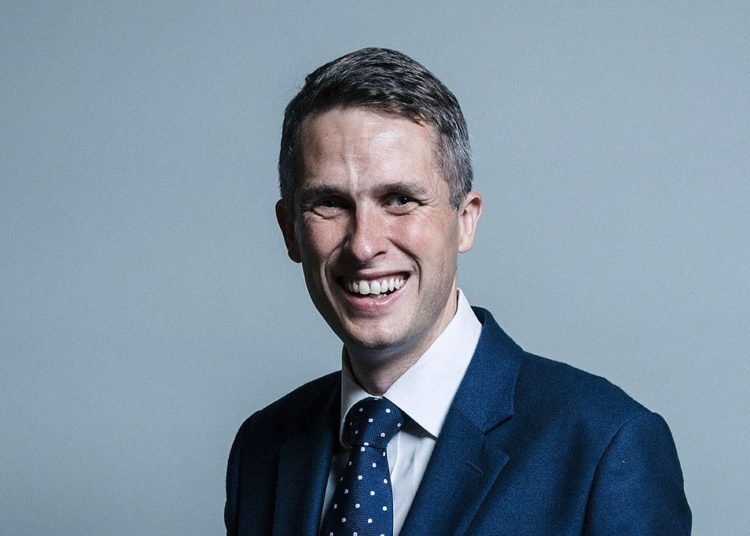 Boris Johnson has his own reasons for who he picks to be his Cabinet ministers. We can only sit and observe how they perform, we never get to the reasons behind why they are where they are, other than the fact that all Conservative MPs pledged to back him on Brexit. Expertise, experience and competence don’t seem to be strong factors in deciding who should become a Cabinet minister.

As a perfect illustration of this, the education secretary Gavin Williamson has surpassed even Chris Grayling for consistently failing in his latest Cabinet position. With A-level and GCSE exams now cancelled for a second year, following last year’s exam grades fiasco, Williamson’s detrimental influence on a whole generation looks set to be complete.

The big question is, how does he do it?

On the face of it, Gavin Williamson is a break from the usual pedigree for Conservative Party secretaries of state for education. A former comprehensive school pupil (Raincliffe School, Scarborough Sixth Form College), he studied social science at Bradford University and is married to a primary school teacher. Williamson does not have the typical Conservative Party Cabinet minister’s profile. He is certainly not the typical Old Etonian, Oxford University PPE (philosophy, politics and economics) graduate – the course that Dominic Cummings famously described as turning “duffers into bluffers”, instantly dismissing half the Conservative Cabinet ministers who have governed the UK. Gavin Williamson brings something different to the table, at least that’s what it looks like from the form guide of his CV.

He has been in Cabinet before. He was appointed defence secretary in 2017, and then sacked in 2019 following an inquiry into a leak from a top-level national security council meeting. The then prime minister Theresa May “lost confidence in his ability to serve”, after alleging that Williamson had leaked details of the plan to allow the Chinese company Huawei limited access to help build the UK’s new 5G network. Williamson said at the time, “I was tried by a kangaroo court – then sacked”. He denies being the source of the leak.

Despite this track record, Boris Johnson resurrected his career in government by appointing him education secretary in 2019.

On 3 January, the day before the start of the new school term, Williamson wrote an article for the Daily Mail, headlined “We must get children back into the classroom”. He tweeted:

The following day, after primary schools had already returned from the Christmas holidays, his boss announced the latest national lockdown. This time, after much protestation from teachers – with questions raised by concerned parents, head teachers and public health officials alike – the decision was taken to close schools and move to remote learning instead.

The message from the government around classroom safety and the need to keep schools open has changed constantly over the last month. On top of supporting teachers with delivering remote learning, and ensuring schools are safe for when pupils do return, Williamson also finds himself tasked with devising a national exam replacement scheme for this year’s coming A levels and GCSEs.

His track record in this role is not outstanding. According to the Mirror, Gavin Williamson snubbed offer of cheap broadband for kids. “As early as spring 2020 BT asked the Department for Education to identify families who needed access to the internet, offering to provide them as a ‘priority’ and at cost-price.” But the department declined the offer.

In April, the government promised to provide 1 million laptops for children so they could learn remotely. A £95m contract for this was awarded to the firm of a Conservative Party donor. In October, head teachers were told the number of laptops would be slashed by around 80 percent. Now, nine months after the first lockdown, only half of these laptops have been provided, and still over 1 million children remain unable to access remote learning – around 9 percent of all children.

On Tuesday, the new children’s commissioner revealed that she was not aware that children without access to a laptop were considered ‘vulnerable’ and could attend school during lockdown. Sources from her office questioned why the DfE hadn’t publicised this more widely. All on Gavin Williamson’s watch.

When it comes to the safety of teachers, school staff, children and their families, Gavin Williamson has consistently ignored the science. At the end of last term, with covid infection rates escalating in London (already in Tier 4), several schools chose to move to remote learning for the last three days of term, to protect their communities. This mirrored what schools like Eton had already done. Yet in response, Williamson to threaten to take the councils to court and forced them to remain open. He said on 14 December:

“It is simply not in children’s best interests for schools in Greenwich, Islington or elsewhere to close their doors”.

Despite this strong stance, he neglected to take similar action regarding schools in nearby Tory-controlled boroughs in Essex.

He then followed this up in the New Year by leaving schools in these Labour-controlled areas off the list of places that would remain closed pending a review of covid safety. The Standard reported Mayor of London Sadiq Khan as saying he was “urgently seeking clarification as to why schools in some London boroughs have been chosen to stay open” while others “just down the road won’t”.

As education secretary, Williamson will have had full access to the figures on transmission rates within schools. In November, Independent Sage called for an “urgent plan for safer schools”, in the full knowledge that schools were effectively covid factories, though at that stage they didn’t have access to the detailed information made available to the government. Williamson must surely have been aware that infection rates for teachers were already “333% above average” (information which has only come to light after the NASUWT union asked schools to provide this data).

Despite all this, on 31 December Williamson stated, “We are absolutely confident that all schools are returning”. He was right of course, but only for primary schools, and only for one day – having the teachers, children and families mix after the two week Christmas holiday in their communities, where the new variant covid virus is much more contagious than the original.

Sir Michael Wilshaw, former head teacher and head of Ofsted, is the latest prominent figure in the world of education to express doubts about the education secretary. On the BBC Radio 4’s The World at One on 5 January, Wilshaw stated that head teachers in England lacked confidence in the leadership they were receiving from the Department for Education (DfE). He went on to say that they had even considered taking legal action over the planned reopening of primary schools in England, because Mr Williamson had ignored their concerns over safety.

Sir Michael told the BBC, “[Williamson] has got as a lot wrong up to now, hasn’t he”. Asked if he should resign, Sir Michael added, “He gets other people to resign – permanent secretaries and the Head of Ofqual”.

This was a reference to the resignations last summer of the most senior civil servant at the DfE, Jonathan Salter, and the chief executive of the exams regulator, Sally Collie, over the GCSE and A-Level exam fiasco in England. In fact, across the board the calls are growing for Williamson to resign or be sacked. The Yorkshire Post described him as, “The most incompetent, ineffectual and inept education secretary in living memory.”

Which brings us back to the question, how does Williamson do it?

Suspicions abound that he must know so much about so many, from his time as chief whip 2016/17. He was Theresa May’s parliamentary enforcer, a role that involves being the chief executioner and disposer of the bodies. During this time he kept a pet tarantula in a glass case on his desk. If this was not unusual enough, he named the arachnid ‘Cronus’ after the Greek god who castrated his father and ate his children. He once said of his pet:

“You have to look at different ways to persuade people to vote with the government and it’s great to have Cronus as part of the team. I’ve had Cronus since he was a spiderling, so I have a very paternal sort of approach. It’s very much the same sort of love and care that I give to my spider as I give to all MPs. Cronus is a perfect example of an incredibly clean, ruthless killer – absolutely fascinating to rear”.

Perhaps in Williamson we have a set of political memoirs that the book publishers will be fighting to the death over.