Alexander de Pfeffel seeks advice from the Gardeners' Question Time panel and audience on his tunnel plans. "Visionary British infrastructure gardens have a great future, if only the woke gardeners, with the greatest respect to our friends and partners on the panel, weren’t so obsessed with making their doom-laden predictions that plants need to be cared for, fed, watered, protected from harsh conditions and warmly held in a loving lefty embrace if they are to survive." 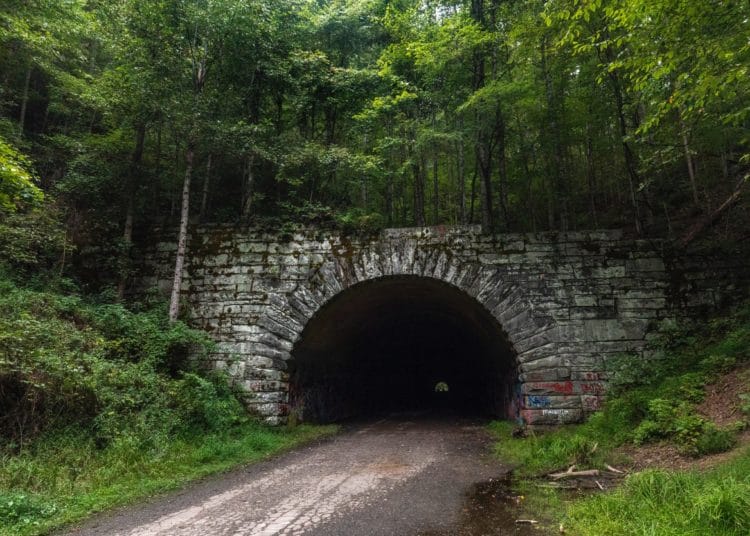 Photo by Jody Confer on Unsplash

“And the next question for the panel is from Alexander de Pfeffel of Central London. By the way your zoom video is off so we can’t see you.”

“Ah tech failure, yes, not my thing. Sorry. My scientific advisers are busy on other things at the moment. We’ll have to make the best of a bad job, as my subcontinental neighbour keeps telling me.

“Anyway yes, well, er … a hearty trillium grandiflorum to you all. I’ve not got green fingers so much as scar-tissue-grey fingers having been seriously burnt by the last infrastructure gardening project I started. I’m hoping the panel can help make sure I don’t end up with manure in my wellies with my next one.”

“We’ll do our best. Where was the previous infrastructure project?”

“Let’s not dwell on that. All water under the bridge. Life’s about looking forward. No point looking back unless of course it helps generate some totally bogus version of past failures turned into Great British gardening success stories, with yours truly in charge of the wheel barrow.”

“Well it is helpful to know even roughly where the project was so that we have some idea about the soil conditions you were working with. Could you perhaps give us a hint?”

“It can be so tiresome, being in the public eye. Why is everyone these days so obsessed with digging up my past missteps, misspokes and mistresses. If you must know, it was linking one part of London with er … another part of London.”

“Can you tell us what happened with the last project so we have some idea of where things might have gone wrong?”

“I’d rather not really. Suffice it to say that all the fig leaves dropped off the planting before it got anywhere the near the raised beds, leaving me highly exposed with only the wonderful Joanna Lumley on hand to conceal my embarrassment. Good sport, Lummers. I must say … we need more people like her in public life.”

“Oh, I think I know what you are talking about now. The River Thames Garden Bridge Debacle. There was that joke going round in gardening circles that it would take more than a Capability Brown to rescue that project from an Incompetent Green. If I remember correctly, the planting scheme wasn’t the only aspect that didn’t add up. The whole purpose of the bridge was suspect, vast amounts were rashly spent before approval, and your replacement decided to strim the project and consign the cuttings to the compost heap. A vanity project grafted to an insanity project I heard it called.”

“Typical mulcherist view if I may say so. Visionary British infrastructure gardens have a great future, if only the woke gardeners, with the greatest respect to our friends and partners on the panel, weren’t so obsessed with making their doom-laden predictions that plants need to be cared for, fed, watered, protected from harsh conditions and warmly held in a loving lefty embrace if they are to survive.

“Anyway, I’ve come here for some of your sound advice on this next project I have in mind. Can we get back to the great world-beating opportunities ahead of us? You can’t go forward by looking to the past. Take it from me, it never helps.”

“Yes, let’s. Please tell us about this new project you’ve in mind.”

“Delighted to. It’s a large tunnel.”

“Ah a polytunnel. That’s handy we’ve got Rob Mildew on the panel today. He’s an expert on polytunnels. Over you to you Rob. Where do you suggest the project begins?”

“Hold on, hold on. Not a polytunnel. This is serious infrastructure. A great new British construction something Brunel would have been proud of. But with gardens.”

“Ok. Where will the tunnel be?”

“Between Scotland and Northern Ireland.”

“Between Stranraer and Larne. And it will have rail and road connections to bond the four constituent parts of the United Kingdom like never before.”

“So, it’s going to be tunnel, but will have to be a bridge in places where the sea is over 300m deep, and it’ll be built in a section of sea that’s believed to be full of World War 2 munitions … with a garden. How will that ever work?”

“That’s exactly what I’ve come to you for. You claim to be experts. I’ve every faith in the genius of you and the British people to let me dig a hole and then help me escape from it. Always worked with every other project I’ve been responsible for.

“And I’ve got a great name for it … The Sovereignty Line.”

“Did you say the Sovereignty Lie?”

“We don’t normally stray into the realms of politics here on Gardeners’ Question Time, but I have to point out one obvious problem with the idea, apart from all the technical challenges of deep water construction, and the rather fanciful notion of incorporating gardens in the scheme.”

“You’ll get the support of Scotland and the Northern Ireland for this project without a doubt, with or without the gardens. So far so good. But once it’s there, it provides a direct transport line to the EU for both countries. They’ll then happily leave the United Kingdom, keep your tunnel, rename it the ‘Wangland Bypass’, and they’ll be good to go with a burgeoning new infrastructure link to EU member states, all thanks to the seed funding provided by the mainly English tax payers.”

“So you think I should scrub this project?”

“We’re usually huge supporters of recycling but some ideas are only fit for landfill. The Sovereignty Lie, sorry Line, has landfill written all over it.

With credit to Charlie McCarthy for the suggested approach to this article.