We look at our fourv'People of the Year' for 2020: telling the stories of Marcus Rashford, Rosamund Kissi-Debrah, and Joe Biden and Kamala Harris. 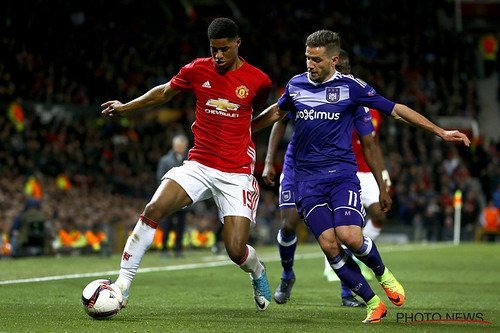 Image by rscanderlecht for Creative Commons

In bestowing the title Person of the Year on an individual, Yorkshire Bylines recognises what they have achieved in the year just gone and what their work has the potential to achieve going forward. In this inaugural year of Yorkshire Bylines, we offer the following selection of people who we think have already made outstanding contributions to social change and progress and may influence our lives in the future.

Every year Anderton Park, a primary school in Birmingham, asks its pupils to vote to name a classroom after someone whose values, humanity and achievements make them an enduring inspiration to its pupils. The school has rooms named after Muhammad Ali, Michelle Obama and Martin Luther King Jnr. This year, Marcus Rashford has come joint first with US civil rights activist Rosa Parks.

Rashford has successfully campaigned against food poverty borne from his knowledge of such conditions in his own childhood. His determined campaigning has brought recognition way beyond his prowess as a goal scorer for Manchester United. He has single-handedly highlighted food poverty as a scourge of UK in 2020, a return to conditions that we thought we had consigned to the history books. He has shown us all how to use his public profile and platform to highlight the need of the most disadvantaged in our communities in 2020.

Rashford’s work has received widespread recognition this year. In October, he was appointed MBE in the 2020 Queen’s birthday honours, and was also a recipient of the City of Manchester Award for his “outstanding and exceptional contribution to the city”. In the 2020 Pride of Britain awards, he won the award for special recognition for his campaign against child food poverty.

Yorkshire Bylines wishes to bestow one of our Person of the Year awards on Marcus Rashford. We share the hope of Anderton Primary pupils that he will continue to speak up for the most vulnerable children and others, for years to come.

On Wednesday 16 December 2020, her case made legal history in the UK, when she became the first Briton to have air pollution recorded as a cause of death. The last two years of Ella’s life saw her suffer a constant stream of asthma attacks. She was admitted to hospital almost 30 times, and her lungs collapsed or partially collapsed on five occasions.

Ella and her family lived just 25 metres from the South Circular Road in Lewisham, South East London, where levels of nitrogen dioxide air pollution from traffic constantly exceed the annual legal limit of 40 microgrammes per cubic metre between 2006 and 2010. The scale of this pollution was a public health emergency. These facts were unknown to Rosamund, as she and her family walked regularly to school, a half hour walk in what turned out to be an atmosphere poisoned by car exhausts. The first time Rosamund realised something was wrong was in the October half term of 2010.

“We were doing the Great Fire of London at school and we went to see the monument. Ella had a cold and she was climbing up the stairs. I remember her voice saying to me, ‘I can no longer climb’ and me saying, as mothers do, ‘You’ve only got a cold, what’s stopping you?’ I still feel really bad about that”.

Rosamund has shown great resilience and tenacity over the course of the past ten years. She has consistently asked the question, “Did air pollution kill my daughter?” She has shown outstanding commitment to obtaining an answer to her question. Of her drive and determination she says,

“I’ve held a promise to my late daughter to try and find out why she became so ill”.

The cause of death in 2013 was acute respiratory failure. The inquest in 2014 concluded it had perhaps been caused by “something in the air”. Rosamund says she was determined to find out what that something was.

This landmark ruling will now forever link Ella’s name with air pollution. Yorkshire Bylines wishes to bestow our second Person of the Year award on Rosamund Kissi-Debrah, in recognition of her campaign to get at the truth behind her beautiful daughter’s tragic death. Article two of the European Convention on Human Rights guarantees the right to life. Ella’s death could, and should, set a precedent, enabling citizens to hold authority’s to account for the quality of the air in their communities.

Our overseas Person of the Year awards go to President-elect Joe Biden and Vice President-elect Kamala Harris. Their resolve and fortitude in the eye of what can only be described as a storm of hate and bullying behaviour by the defeated Trump administration, is a lesson to the rest of the world. Yorkshire Bylines looks forward to the new administration bringing the USA in from the cold.

2021 will be a huge year for the incoming administration, as they fight to contain and defeat the coronavirus ravaging their country, re-establish the USA as a major player in the response to climate change, deal with the challenges posed by Russia and China, and heal the divisions that have threatened to tear America apart during this election year. The relief of many Americans can be summarised in the words of Ceres chief executive and president Mindy Lubber:

“Today’s election results are a win for our health, our planet, our economy and our future. We now have a new president-elect and vice president- elect that believe in science and facts, and will bring bold new leadership and change. We look forward to the US re-joining the Paris Climate Agreement and taking the necessary federal action to confront the global climate crisis. Climate change is the greatest human, environmental, economic and financial threat of our time – and today is a new day in tackling this threat”.

Yorkshire Bylines, along with many around the world, looks forward to reporting on a more progressive, science-driven America in 2021 and the years to follow.