Martin Philips, in his first article for Yorkshire Bylines, draws attention to public concern over post-Brexit food standards in the UK. Strong UK leadership will be required to consider the environment, animal welfare and ethical trading. 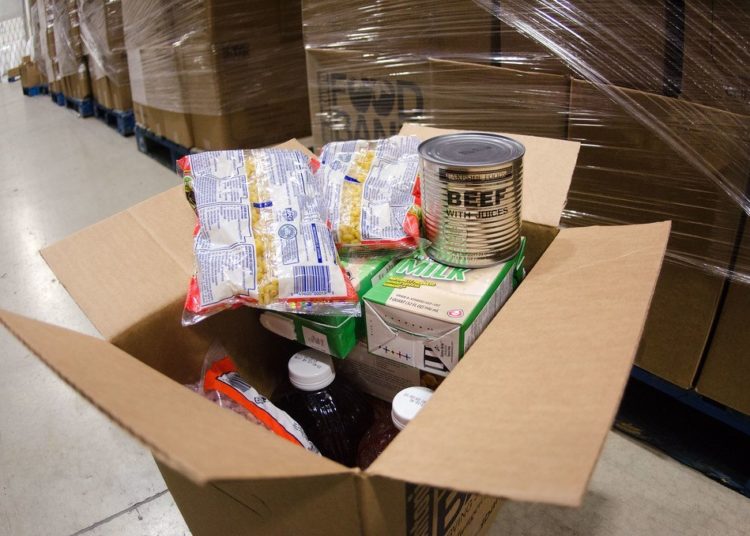 The Trade and Agriculture Commission was established in July 2020 in response to the considerable public concern over what would happen to food standards once the UK left the EU and the Europe-wide production standards no longer applied here. Its task was to advise the UK government on how best to advance the interests of UK farmers, food producers and consumers in future trade deals.

More than 2.5 million people had signed petitions demanding food standards were not diminished. The National Farmers’ Union ran a particularly influential campaign in support of farmers who were fearful that cheap imports, produced to lower environmental and welfare standards, could undermine their businesses, while exports to the EU would still have to meet its demanding requirements.

The commission was chaired by Tim Smith, former chief executive of the Food Standards Agency and Tesco Group Quality Director. Its members represented farming, agri-environment, international trade, food and drink retail, and hospitality. The commission took evidence from a range of organisations and individuals and published its comprehensive report on 2 March.

Trade is crucial to the UK: the UK produces only 55 percent of its food. Food and drink imports, mainly wine, fish, prepared foods, fresh fruit and vegetables, are worth around £47.7bn – 9.8 percent of total imports. About one third of what we consume in the UK comes from EU countries, with our near neighbours, Ireland, Germany and the Netherlands the largest suppliers.

The report identifies six principles on which to base our future trade policy:

In support of these principles, there is a series of recommendations within five broad areas.

The first is that the UK should develop a bold and ambitious agri-food policy. This should lead to a liberalisation of trade and provide a framework for future negotiations that could lead to more opportunities for the food sector, while maintaining safeguards on standards.

Secondly, the report makes clear that this policy will require strong UK leadership that works with international organisations to raise standards in environment, climate change, animal welfare and ethical trading.

The UK should therefore lead on climate change and food production at the COP26 meeting in Glasgow in 2021 and take further opportunities at other important international meetings this year to showcase the UK’s high standards and encourage other countries to raise theirs.

The report recognises that the UK has some of the highest animal welfare standards in the world, some of which go further than those required under EU law.

Also recognised is the progress in signing new free trade agreements (FTA) since leaving the EU. The commission wants to see this process strengthened by developing impact assessments of FTAs on the environment and animal welfare, and by encouraging assurance and certification schemes. The UK has been a leader in establishing assurance schemes, for example Red Tractor.

The commission sees opportunities to increase food exports to new markets and wants the government to facilitate this process. UK food exports have a reputation for quality based on high environmental and welfare standards, as well as heritage and traceability. These qualities need to be protected and promoted by improved cooperation between government and the food industry.

The final aim is the alignment of agri-food policy with policies on trade, aid and climate change. This will strengthen our relationship with developing countries to mutual benefit: our food supply will be diversified and food security improved, while developing countries will gain increased food export opportunities.

The importance of this report is that it recognises the interdependence of agri-food policy with so many other policies. We cannot just import food without any thought to its impact on climate change, or on the urgent need to maintain and increase biodiversity worldwide.

Agricultural production must become more sustainable, reducing its impact on soil, water and air quality, ending the misuse of antibiotics in livestock. As the report says, “trade deals should be about long-term ambition, not short-term expediency”.

We must also consider the ethical aspects of the trade in food on the wellbeing of producers and all those working in the food chain. And we cannot go on wasting about one third of all food produced if we hope to feed a projected world population of 9.7 billion.

The commission is in no doubt about the importance of food, and where it comes from, for the British people. It recognises that the public wants to see a system that is fair to all.

Under the commission’s recommendations, farmers need not fear that they would be undermined by cheap, sub-standard imports, such as the chlorinated chicken and hormone-treated beef we’ve all heard about. Nor would the public see any reduction in food standards.

Will the report be accepted?

The government has not yet responded to the report. The question is whether the recommendations fit in with their view of future trade deals. Will they be seen as constraining negotiators faced with competing demands from other countries?

Or will Conservative MPs, such as Kevin Hollinrake in Thirsk and Malton, who received hundreds of emails on the subject and who welcomed the establishment of the commission, side with their constituents and put pressure on ministers to accept the recommendations?

The commission now has a statutory role to scrutinise future trade deals and advise on their impact on food standards. But its credibility will be seriously compromised from the start if the government does not respond positively to this report.

Let’s hope it will see this as an excellent opportunity to put a fair, ethical and sustainable Global Britain into practice.

Martin is a retired agricultural scientist and environmentalist who has worked in the UK, Africa, India and central Asia. He has always been concerned about increasing food production in ways that do not damage the environment and leave room for nature. After five years in Botswana, he wrote the biography of a man who lived and worked in the Okavango Delta as a hunter, farmer and conservationist.