The political drama of voting on a bill that in reality is largely unnecessary, and is written in such a way as to create as much reaction as possible within the EU, provided yet more evidence that the government is using chaos theory to run the country. 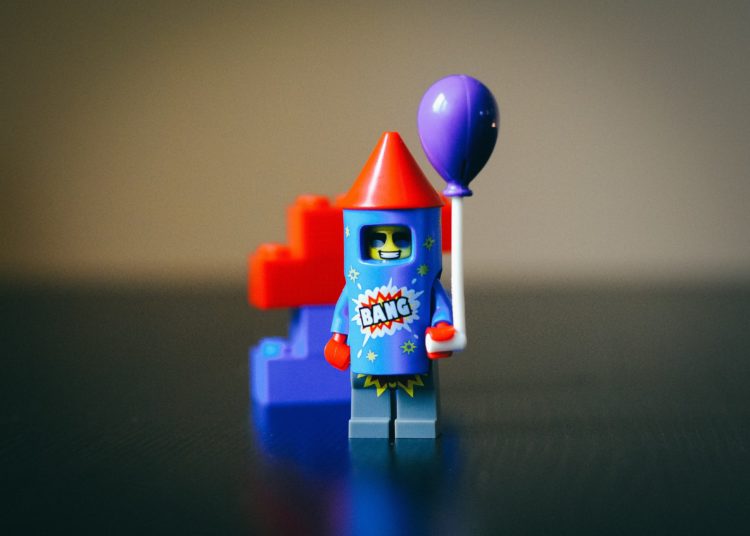 Many were gripped by the shenanigans in parliament on Monday, and as the details unfolded so too did the government’s dilemmas. While I doubt they’re talking much about the internal market bill down the Dog and Duck, it’s certainly giving the government a headache – and one very much of its own making.

The political drama of voting on a bill that in reality is largely unnecessary, and is written in such a way as to create as much reaction as possible within the EU, provided yet more evidence that the government is using chaos theory to run the country. It’s an old trick, and one that Cummings is particularly good at: cause mayhem to get attention focused elsewhere, creating a smokescreen to hide the real problem.

That’s not to say the internal market bill isn’t itself a real problem. It is, and it has huge repercussions for the devolved administrations, peace on the island of Ireland, the UK’s future relationship with the EU and our respectability on the world stage. Yorkshire Bylines has covered this extensively over the last few days. But the most pressing issue is that Johnson still has not got to grips with managing the UK’s response to the pandemic. In fact, it would appear that this virus still has him in its grip. The test and trace fiasco over the last week has shown the extent to which the government hasn’t really got a clue what’s going on.

On Monday, the press was awash with stories about the lack of testing availability at the top ten Covid-19 hotspots in England. This meant that there were no walk-in, drive-through, or home tests available for people in Bolton, Salford, Bradford, Blackburn, Oldham, Preston, Pendle, Rochdale, Tameside or Manchester, with the Times reporting that shortages are likely to continue for weeks. Chris Slater and Niall Griffiths from the Manchester Evening News tried to book a test online via the government website, using an address from every borough in Greater Manchester. In only two boroughs – Tameside and Trafford – was a test offered.

More articles on this topic:

On Tuesday it was reported that a coronavirus testing centre in Kent has been closed, to make way for a lorry park for post-Brexit customs checks. I previously noted that the same fate could await the testing site in Hull, at the Humber Bridge car park. In the case of Ebbsfleet site in Kent, the testing staff were apparently told “out of the blue” that the site would be closing. So perhaps the same will happen in Hull tomorrow?

Yet it was only a week ago that Johnson announced a new mass testing system with a capacity of up to 500,000 tests a day, to be ready by the end of October. The Daily Mail reported the prime minister as saying, “in the near future we want to start using testing to identify people who are negative … so we can allow them to behave in a more normal way”. Nicknamed Operation Moonshot, it would take testing from the current hundreds of thousands of tests each day, to 10 million a day by early 2021.

Let’s not forget the NHS test and trace app that’s now due to be launched on September 24, just 156 days after it was first trailed in the Sunday Times. Let’s also not hold our breath either.

Speaking in the House of Commons on Tuesday, Health Secretary Matt Hancock acknowledged that there were issues with Covid-19 testing availability and said it could take a “matter of weeks” to fix. “The whole House knows there are operational challenges and we’re working hard to fix them”, he said.

As MP after MP stood up to repeat stories of how their constituents are unable to get tests, BBC North West reported the anger on the ground:

But in a significant climb down, Hancock admitted that for the time being the authorities will have to prioritise testing, giving top priority to those working in clinical care, then social care and so on. This is a million miles (or moons) from the picture being painted last week by our country’s leaders.

At this morning’s session in the House of Commons, Jason McCartney, MP for Calder Valley, urged Hancock to get more testing available locally “before we talk about the moon”. Perhaps this could be the first priority? Earlier, on BBC Radio 4’s Today programme, Sir John Bell, Regius Professor of medicine at Oxford University and an adviser to the government, claimed that he had warned Boris Johnson not to describe his mass coronavirus testing plan as a “moonshot”. He also cautioned against setting a target of carrying out 10m tests a day, saying:

“So, I think they are definitely behind the curve in terms of getting the necessary tests for what we need today … Let’s back off the 10m a day … It’ll be 2 or 3 million I think, in the first instance.”

Like everything else, it did not have to be like this. It’s not as though this is a new pandemic, or that we didn’t realise that children would be going back to school and people back to work, or that we couldn’t see the second wave arriving across Europe. We knew that more tests would be required. It’s also not news that there have been capacity failures, with the private sector providers unable to cope, and continuing intense ideological reluctance to complement them with GPs, local government resources and public sector labs. The government’s response has been nothing short of shambolic.

Still, if you are in trouble, then who better to send out to ease people’s worries than the Home Secretary? As the ‘rule of six’ came into force this week, Priti Patel took to the studios to explain exactly what it was the government was now enforcing. When asked if she would report on her neighbours if she saw them flouting the new rules, she told Sky News, “I’m rarely at home but if I saw something that I thought was inappropriate then, quite frankly, I would call the police”. She went on to tell BBC Radio 4’s Today programme that two families of four stopping for a chat in the street would contravene England’s ‘rule of six’ coronavirus restrictions, as it would constitute mingling.

Meanwhile the police have no idea how to enforce this or what exactly the rules are. Brian Booth, chair of the West Yorkshire Police Federation, told the Independent “Everybody is in the dark, it shouldn’t be like that … If the government says they’re going to infringe on people’s lives, they have to tell them how”.

I guess the way around this is to take up grouse shooting, as this is one of the few exemptions to the new ‘rule of six’. In fact, getting this exemption was the reason the new guidelines were delayed and not released until late on Sunday. What better way to show you’re ‘down with the kids’? Coincidentally, a good percentage of jobs in the hunting sector are in Rishi Sunak’s Yorkshire Richmond constituency; and – surely also a coincidence – the former chair of the Countryside Alliance is now in the Cabinet.

So, bring on the internal market bill and some more parliamentary theatre. Claim that the EU is going to blockade the Irish Sea (even though the international community would consider that an act of war). Claim food shortages. Scare the people.

Meanwhile the country is going to hell in a handcart, and unless we get a functioning test and trace system soon, we will be working blindfold as the second wave hits. Moonshine will replace Moonshot, as we all drink to forget; and Boris and his mates will soon forget us all as they head off to their hunting, shooting and fishing parties in the country.