Politicians are attempting to blame various Department of Health and Social Care (DHSC) agencies, for England’s lacklustre performance in managing the pandemic. 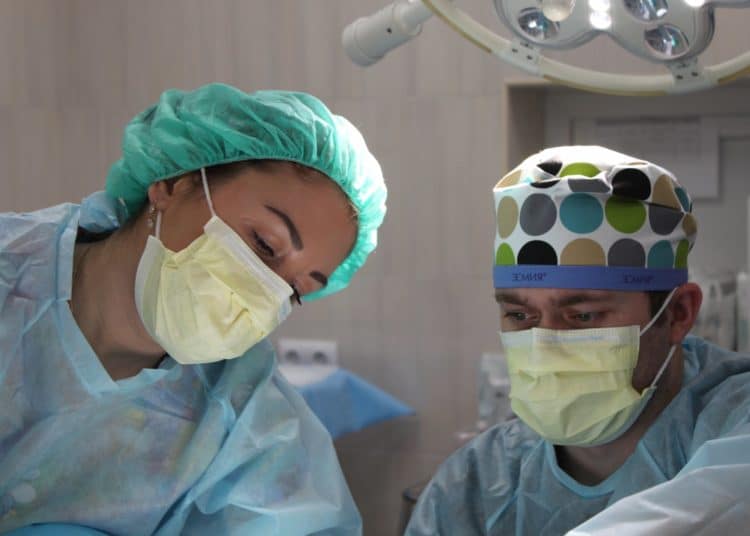 Photo by Павел Сорокин on Pexels.com

It is a paradox that such political ‘blame gaming’ highlights what I believe are some of the inherent and longstanding problems that have limited the NHS’s potential. This is exacerbated by misinformation leaked to the media. We owe it to the NHS staff and patients, who have suffered the tragic consequences of the virus, to exploit the opportunity the crisis has presented, and urgently address the English health system’s structural and cultural weaknesses – as a way of demonstrating that the sacrifices were not for nought.

That we are among the countries with proportionately the highest Covid-19 occurrences and mortality rates should be no surprise. Within the developed OECD countries, the UK has consistently been below average across the majority of the published ‘health quality indicators’ and in particular, suffering higher mortality rates in the major disease categories such as cancer, heart disease and stroke.

Paradoxically, the political outbursts highlight the real reasons for our poor international standing, which is a centralised structure that is not fit-for-purpose, a command and control ethos, and a blame culture. As an example, politicians have been determined to saddle Public Health England (PHE) with the failure of the track and trace app, yet the agency that developed the in-house app was NHSX, the agency responsible for digital transformation.

NHSX and PHE are among 15+ independent ‘agencies’ and ‘joint units’ within the DHSC. These include NHS England, the National Institute for Health and Care Excellence (NICE), the Care Quality Commission (CQC), NHS Digital, NHS Improvement (NHSI), Health Education England and the Medicines and Health Care Products Regulatory Agency (MHRA). Where they are regulatory bodies (MHRA, CQC and NICE), this probably makes sense. But for organisations directly involved in delivery, particularly those focused on a specific function, this creates problems. It leads to territorial barriers that lose sight of the interrelationships within a complex system – NHSE and NHSI have unknowingly promoted conflicting solutions with competing financial incentives, to address patient care management issues, for example.

Equally, silos can affect innovations, with new treatments and digital technologies being labelled ‘disruptive technologies’ – because they would require changes in the management of patient care, the clinical skills of the care team, and/or their roles. No matter how good the technology, it will not work without the people skills and processes being realigned.  This was demonstrated some years ago when the £11.5bn+ NHS National Programme for IT was abandoned. It was intended as a national system for managing patient records and hospital IT requirements, but its implementation made no provision for engaging clinicians and, as it was hospital centric, it did not embrace the primary care and community needs that were paramount. Hence its abandonment.

A related structural problem is the centralised nature of the health agencies in England, all of which are based in London. This reinforces the perception that it is under the direct day-to-day control of Whitehall and the structure assumes that ‘one size fits all’. Its only claim to fame is that it is the world’s largest single-tier health system.

Exacerbating this is the second major problem: the ‘blame game’ and ‘ad hominin’ culture (the lowest form of argument), that is endemic within government. This stifles risk-taking and fosters an environment that ‘rewards the guilty and punishes the innocent’. This cultural issue is most worrying, as health care is both a rapidly evolving sector and the most complex working environment that exists (as recognised by Drucker and other organisational gurus). Thus, health innovation will, by its nature, lead to occasional errors and mistakes. But taking risk and making errors is how vibrant organisations learn and improve. Without such, you get what you deserve: stagnation. Progressive health care organisations have a duty to manage risk, not stifle it. The current climate in the NHS explains the DHSC’s relatively poor ranking among health systems.

Strikingly, the UK is the only country in the world to resort to the law to enforce ‘a legal duty to innovate’ on its healthcare organisations. It is particularly ironic, as the UK has exceptional health research capabilities that are way out of proportion to its size. Ask any UK-based health technology enterprise why the UK is not its first choice to trial/launch new products or procedures and it will cite the NHS’s reputation as a slow adopter of new technologies, with overwhelmingly complex and centralised procurement procedures. We therefore have high-level health research, feeding innovative companies and start-ups; but a health system that is bureaucratic, slow to innovate and fearful of taking risk for fear of punishment. The fault lies with the structure and bureaucracy, not with the highly trained and skilled staff who are frustrated by the ‘system’.

If one good thing can be salvaged from the pandemic crisis, it is the opportunity to address the key issues that have led to the UK’s poor international rankings. The pandemic has highlighted huge regional variations in the virus’s impact in terms of mortality and the consequences of pre-existing conditions (such as diabetes), and other health determinants (including obesity, social economic standing and ethnicity). This has revealed the already distressing UK regional variations that include a difference in life expectancy of over 10 years. The solutions are not simple, nor immediate. As Sir Michael Marmot has demonstrated, the key determinants of health require intervention early in life, so they embed behaviours for later in life. The election-driven four-year horizon of our political parties’ usual vision has little capacity to embrace long-term strategic planning. Perhaps this explains our prime minister’s belief that bariatric surgery is the answer to obesity.

These structural and cultural issues relate not only to health ‘care’ but equally to health promotion. Digital solutions such as wearable technology and smartphone apps – that harness ‘irrational economic’ and ‘nudge’ theories – are proving themselves effective tools to dramatically engage across all ethnic and socio-economic groups. In places such as Canada, these technologies are achieving sustained behaviour changes that impact on population health issues such as obesity and diabetes. A benefit of this approach is that the tool can be customised to meet local and regional needs and reflect differing priorities. Rather than the ‘one size fits all’ solutions that have previously been adopted, these tools and incentives can be configured to ensure they target regional health disparities and take account of the widely varied socio-economic, ethnic and demographic mix.

The German federal health minister puts his country’s low coronavirus incidence and mortality rates down to the devolved health care model. He maintains that the flexibility of the federal states’ healthcare providers and ability to run their own shows have been instrumental to their best-in-class performance. In the UK, England’s health care is still centralised to London, while the other nations have devolved this responsibility; it is now time for England to have its own internally devolved models, with regional accountability and freedom. The English regions should be of significant scale and should be based around logical geographic, not political, boundaries. Ideally, these should function with long-term financial allocations, free from Whitehall and local political interference in the regional strategies.

Research has shown that the success of integrated care models is not determined by ‘who’ runs them, but by the actual authority and control ceded to the region’s governing body – thus, empowering integrated strategies and accountability. Committees made up of representatives of a multitude of local authorities and national organisations – discussing the problems and grievances, but with no funding and/or authority to act – won’t work. It needs regional bodies, with common boundaries and ceded authority from the relevant local authority and government agencies, to control the key determinants of health (education, family services, social services, financial literacy and housing) as well as the provision of services.

The Greater Manchester, West Midlands and Greater London models have limped along because they have never been ceded real authority and accountability and are beholden to their many masters – NHS England, NHS Innovation, Public Health England, integrated care systems and primary care networks – none of which have common boundaries. In Yorkshire, there has been little progress in creating an integrated regional structure because of political infighting. Currently, there are integrated care systems for West Yorkshire and Harrogate, York and Humber, and South Yorkshire and Bassetlaw, along with 19 primary care networks in Leeds, and a Yorkshire and Humberside academic health science network.

One would hope the consequences of the pandemic and Yorkshire’s high mortality rates will force the greater good to prevail, over political interests. Coincidentally, the Health Devolution Commission was created earlier this year, prompted by Greater Manchester’s experience. It includes former health ministers from the three major parties. It published its report this week, entitled “Building Back Health and Prosperity”. This report calls for local devolved models for all regions, based in part on the lessons learned from the pandemic of the importance of local variation (not ‘one size fits all’).

As we speak, the demolition of PHE had been leaked (before its staff were informed), with some parts of PHE being merged with the track and trace and biosecurity centre. Where this leaves its regional public health roles is unclear. It could be the much-needed catalyst for change, as many of the PHE health-promotion functions will logically be devolved to the proposed regional bodies.

The challenge is huge. It will be opposed by those who want an all-powerful Whitehall. It requires leadership from those who believe the health of the nation is more important than protecting a failed centrist mentality. This does not mean there is no role for a central policy-setting and regulatory-monitoring health ministry, but its role stops there. The effort is worth it. Over time, a devolved model should allow innovation (and its incumbent risks) to flourish, within responsible and integrated regional health systems, designed around the local priorities and their populations’ needs. Thus, something of lasting benefit could emerge from the recent loss of life and apparent system weaknesses – weaknesses on which the pandemic has shone such a bright light.

Peter Ellis has more than 40 years of experience in healthcare strategic development, managing and advising health organisations in the UK, North America, and Europe.

Peter has more than 40 years of experience in healthcare strategic development, managing and advising health organisations in the UK, North America, and Europe. He was born in Yorkshire and trained at Leeds General Infirmary before moving to Canada where he was president of Sunnybrook Health Sciences Centre in Toronto. He has now returned to the UK and is based in London.