I wrote to dozens of headteachers suggesting how they might use a fraction of this income to earn their tax breaks, as the chancellor believes they should. 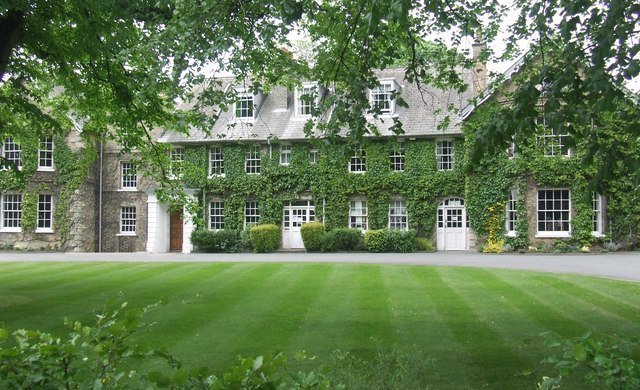 Pocklington School by Emily Frankish is licensed under CC BY-SA 2.0

What’s your favourite charity? Oxfam? Amnesty International? Maybe you keep your spare change closer to home, helping out the Air Ambulance or the Big Issue seller. Either way, the financial accounts of Eton, Harrow or Yorkshire’s own Pocklington School are unlikely to be high on anyone’s list of deserving causes. Rattling a collection tin for them around Huddersfield market will get you nothing more than a sore wrist, but they are charities all the same and donations are compulsory.

Some 75 percent of independent schools have charitable status, enough to suggest they know a good thing when they see it. This designation isn’t simply a peculiar boarding-school tradition, like a predilection for straw boaters. It represents a tax-dodging scheme that would make Amazon blush, ensuring no VAT on fees, no corporation tax on investments, and a huge discount on business rates.

Take Winchester College, the alma mater of Rishi Sunak, the chancellor and MP for Richmond, North Yorkshire. Annual fees at this 250-acre slice of Hampshire run to £41,709, meaning the VAT exemption effectively costs the taxpayer £8,340 for every pupil. Add tax relief on investment income of over £3.3m to an 80 percent saving on business rates – which runs even higher for some other private schools – and the loss to the Treasury weighs in at over £9,000 per pupil. This is about £3,000 more than the government spends on a state secondary school student in England.

The same calculation could be made for all such schools, but the government doesn’t even attempt to discover how much they are costing the Treasury; an official disinterest restated as recently as September by Nick Gibb, minister for school standards. His written answer to Siobhain MacDonagh revealed that, “The Department has made no recent estimate of the cost to the public purse of the charitable status of independent schools”.

What about Mr Sunak? You’d expect the resident of 11 Downing Street to be keen on closing loopholes that would add an estimated £1.5bn to the Treasury’s coffers. When I contacted him, he didn’t dispute the figures relating to his old school but did seem content with the status quo: “The best strategy for levelling up education for the most disadvantaged is through driving up standards across the state sector rather than altering the tax status of independent schools”. To which the first teacher I asked responded, “Why not do both?”

On the other side of the political fence, those behind last year’s successful campaign to commit Labour to remove the charitable status of private schools may be disappointed to discover that a party ‘under new leadership’ is less bullish on the issue. Kate Green, Rebecca Long-Bailey’s replacement as the shadow education secretary, told me: “The party will be revisiting these questions in preparing for the next general election, I remain fully mindful of the tax advantages available to private schools and the need for fairness”.

Perhaps it was fairness that the upper tribunal had in mind in 2011, when it handed down its decision that to retain charitable status private schools must provide a benefit for the poor that is not minimal or “merely token” – in other words, not trivial or tokenistic. Although the Independent Schools Council (ISC) was initially successful in arguing they be allowed to decide for themselves how to achieve this, the Charity Commission has subsequently revised its guidance to give some examples of what provisions for benefiting the poor might involve. While the chancellor told me that, “The government is working to ensure schools earn their charitable status”, he immediately let them off the hook by stating he believed they qualified simply by being “educational organisations”.

In Posh Boys, How the English Public Schools Ruin Britain Robert Verkaik shows how the wealth of many independent schools derives from ancient endowments explicitly intended to provide education for the poor. The fact that these gifts have been hijacked to benefit the wealthy is a sleight of hand that’s been dubbed, “a reverse Robin Hood principle”, but not a trick the schools are apologetic about.

When it comes to justifying their existence, both the ISC and the Independent Schools Association prefer to highlight studies purporting to show how their members actually generate income for the Exchequer. However, they lean on reports originating from companies reliant on the sector for their business, and include mathematics so unreliably convoluted as to raise serious doubts about the value of the education they seek to defend.

The chief method by which independent schools claim to fulfil their charitable duties is by offering bursaries to help disadvantaged families meet the fees. However, any suggestion that the doors of exclusive classrooms are being flung open to scores of worthy but poor students appears to be illusionary.

Professor Francis Green, of the UCL Institute of Education says that private schools are not as charitable as they make out. While a charity like Oxfam spends 84p of every pound raised on good causes, only 4 percent of independent schools’ turnover is devoted to bursaries and just 1 percent of pupils have their fees waived in full.

Bursaries are often simply discounts for the children of staff, high-ranking Ministry of Defence personnel and Foreign Office employees. Frequently they are offered to the siblings of current pupils, a sort of buy-one-get-one-free promotion for their parents.

Moreover, many independent schools have an unusual idea of who counts as disadvantaged. In the era of universal credit, when teachers are using their own money to buy food and clothing for pupils, financial assistance is available at institutions like the £7,800-a-term St Paul’s school in London for ‘disadvantaged’ parents struggling to get by on £120,000 a year.

The Charity Commission designates school fees as income used for “charitable activities”. So, I wrote to dozens of headteachers suggesting how they might use a fraction of this income to earn their tax breaks, as the chancellor believes they should. A donation to a local food bank would be a start, or a group like the Kirklees-based Uniform Exchange, which helps out where councils have scrapped uniform grants.

I received just three replies. Eton, St. Paul’s, and Ackworth school all highlighted the fundraising activities of their pupils and how local residents were sometimes permitted to use facilities like their tennis courts. In other words, the kind of thing that happens at every state school in the country. None of them offered any money.

I have forwarded my correspondence to Mr Sunak.

For those interested in reading wider on this subject, I would recommend Engines of Privilege: Britain’s Private School Problem by Francis Green and David Kynaston.