Rishi Sunak's 'Kickstart' scheme has failed to deliver for the British people, as only 12,000 people have actually started work. 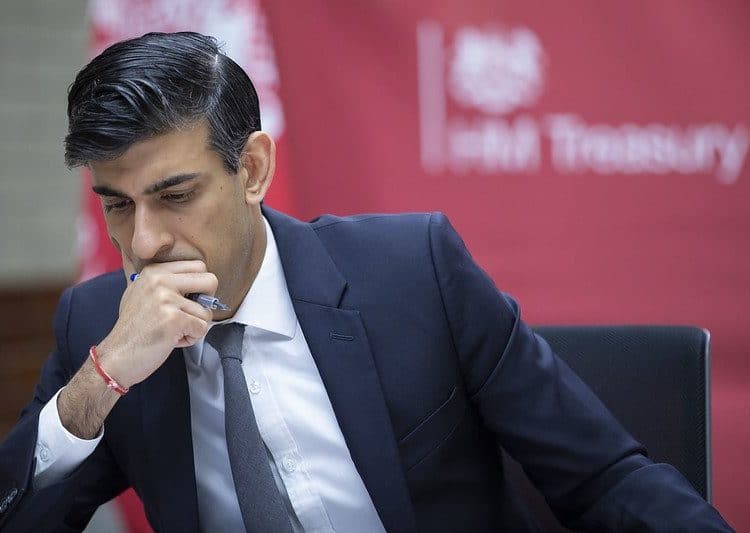 The Chancellor speaks to G20 finance minsters by HM Treasury is licensed under CC BY-NC-ND 2.0

One noticeable thing from Rishi Sunak’s pre-budget promotional video was a complete absence of Eat Out to Help Out. Formerly Sunak’s flagship policy, the £849m incentive scheme to get people into restaurants was soon shown to benefit covid far more than the hospitality industry, and was quickly swept under the rug.

Instead, Sunak pinned his hopes to Kickstart. The £2bn jobs scheme is in principle a nice idea, offering under-24s in receipt of universal credit six-month placements. Employers get 100 percent of funding to employ young people for 25 hours a week on minimum wage, plus NI contributions and pension contributions.

But the scheme has so far been a flop. While Sunak promised to create 250,000 jobs from the programme, only 100,000 have so far been announced, and employment minister Mims Davies revealed that only 12,000 people have actually started work.

It has also been the left-behind regions that have fared worst. In the North East, only 490 jobs have so far been created from the scheme. In Yorkshire, 890 jobs have been offered to the region’s 621,985 young people, one job for every 699 young people.

Office for National Statistics stats published last week showed that only  3.5 percent of young people who had lost their jobs in the last 12 months had been helped by the scheme.

Why has the programme been so unsuccessful? In Doncaster, businesses have complained of an  “extensive wait” to hear back from their applications to the scheme. Moreover, until February, the government had required employers to provide at least 30 jobs, which locked out many small businesses from offering placements. This requirement has since been axed.

More than Kickstart is needed for Yorkshire

Yorkshire’s youth have been put back severely by the pandemic. The employment rate of 16–24 year-olds dropped 10 percent in 2020, even before the pandemic, and 24 percent of the region was living in poverty.

Even if Sunak’s scheme provides the jobs it promises, this will be far from enough. Some 56 percent of those living in poverty have at least one job, and offering young people on universal credit at most £986 a month is unlikely to provide a long-term solution to this problem.

It’s not just that Sunak has failed to provide the jobs he promised, it’s that the jobs that he has provided will barely help those working them to get by, and are only worth applying for because of how sparse our social safety net is.

At one point, Sunak was seen as a bright new star who could modernise Conservative policymaking, spend big and save the economy. However, as his numerous schemes start to implode, we’re left asking what the substance is behind the image.