London’s position in the global league table of financial centres has slipped further with a new survey showing just a third of senior executives believing that the City will be a leading hub in five years’ time. 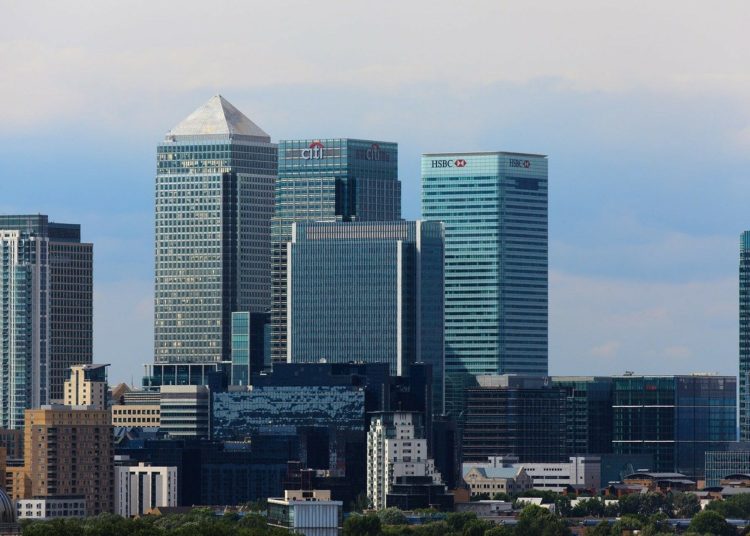 We are beginning to see UK financial services following Northern Ireland and the fishing industry under the wheels of the Brexit bus, exactly as Catherine McGuinness, the City of London Corporation’s head of policy said last year.

Following a survey published this week showing London’s crown has not so much slipped as completely fallen off, some of the predictions made about the City after Brexit by prominent leave supporters now look decidedly optimistic, not to say recklessly stupid.

Duff and Phelps, a respected New York based financial consultancy, publish annually a global regulatory outlook. This year they surveyed 250 senior executives from the US, the UK, Europe, India and China, working in financial services. The results do not make happy reading for the City.

Less than a third (31 percent) of respondents named London as today’s world leader, down a huge 22 percent since 2018. New York increased its dominance, with 60 percent describing it as the top financial centre, up from 56 percent last year. More than half (51 percent) said Brexit would weaken the UK’s position (including 55 percent of UK respondents) with just 12 percent saying it would make London stronger.

Only a third of UK-based respondents think London will be the leading centre in five years’ time.

It comes after €6bn a day in euro-denominated share trading left London in a ‘clean shift’ to Amsterdam and Paris, on the first trading day of the New Year. This was followed by Intercontinental Exchange announcing plans to move its €1bn daily market for European carbon emissions contracts to the Netherlands.

By the end of January, Amsterdam had displaced London as Europe’s largest share trading centre, gleefully picking up business lost by the UK just a month after the end of the transition period.

What did Brexiters forecast would happen?

Matthew Elliott, chief executive of the successful Vote Leave campaign, was head of Business for Britain in late 2015. Elliott was responsible for what has been called the seminal Brexit publication – the 1,000-page document ‘Change or Go’ (he was later ordered by the Charity Commission to repay £50,000 that he raised for charity which was used to pay for it).

Q. What would happen to the banks if Britain left the EU?

A. Financial firms are very unlikely to leave the UK – it should be remembered that similar threats were made in the late 1990s regarding Britain joining the euro. The UK has many qualities that make it appealing, particularly for financial services, and this would remain the case even if Britain left the EU.

Gerard Lyons, former economic advisor to Boris Johnson when he was mayor of London, said in April 2016 that it was “hard to imagine London not being the main financial centre in Europe, regardless of whether the UK is in or out of the EU”.

Lyons even thought we could use London’s dominance to demand an ‘à la carte’ menu in the Brexit negotiations. With the EU needing to develop their capital markets, he genuinely believed it would “play into London’s hands”.

In July 2017, Lord Lamont thought the City would go “from strength to strength” and become a “global platform”.

Lamont seems to have lost confidence in his own forecast and has recently joined forces with Daniel (now Lord) Hannan to launch a pro-City lobby group to reverse the colossal damage caused by Brexit, for which they were prominent campaigners. A cynical observer might think this is another attempt at closing a stable door long after the horse has bolted.

Professor John Ryan, a research fellow at the Center for Economic Studies, Munich, and a Brexit adviser for various private and public sector organisations, says only a small number of jobs (about 10,000) have moved to other locations so far, but believes the process is “likely to accelerate now that Brexit has happened”.

He writes on the LSE Brexit Blog that The City UK, an industry group for UK financial services, has called for greater access to the EU single market, amid fears the deteriorating relations of the UK government with the EU could leave large parts of the City of London at a distinct disadvantage in the next years to come.

Ryan says Andrew Bailey, the governor of the Bank of England, has made clear that the UK should not become a rule-taker and believes the UK can make the most of its opportunity to diverge.

We see once again the stark choice facing the financial sector is the same one that was and always will be at the heart of Brexit. We need access to the single market, but we don’t want to be a rule taker and we held a referendum to relinquish our position as a rule maker.

The result can only be a looser, more distant relationship and a further weakening of London’s position in global finance.